News
Two Cities
This coverage is made possible by a grant from The Saint Paul Foundation.
May 6, 2013 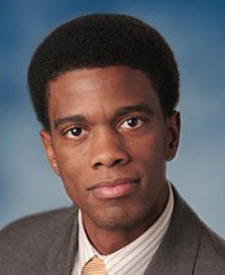 St. Paul City Council Member Melvin Carter III will step down from his council seat July 5 to take a job with the Minnesota Department of Education.

He will become director of the Office of Early Learning.

Under city rules, the City Council can appoint a temporary member after Carter leaves; if the council doesn’t act, the mayor can appoint the successor.

Voters will then elect a new council member to fill out the remaining two years in the term in the Nov. 5 city election. During his five years on the council, Carter was known for his education efforts, particularly the St. Paul Promise Neighborhood.

In a statement, Carter said:

“Serving on the Saint Paul City Council has been the honor of a lifetime. From establishing the Promise Neighborhood to ensuring light rail will serve our community well, I am extremely proud of what we have been able to accomplish and I look forward to continuing my service on behalf of families here in Saint Paul through my work in this exciting new role.”

He was hired for the new job by state Education Commissioner Brenda Cassellius, who said:

“Melvin brings extensive leadership experience, broad connections to our communities and a passion for excellence to this new role. His tireless work on behalf of the residents of St. Paul has made a tremendous difference for so many.”

“Council member Carter is a close friend and a fearless advocate for Ward 1 and the rest of our city. On behalf of our city’s residents, I thank him for his dedication and tireless service to this community. At the Office of Early Learning, he will have the unique opportunity to have a far-reaching impact on the lives of our young people. Anyone who knows Melvin understands this is a deep passion for him. I join with his colleagues on the Council in wishing him the best in his new role.”

Carter, first elected to the District 1 council seat in 2007, was easily re-elected to a second term in 2011.

Under city rules, the City Council will have 30 days after Carter leaves to appoint a temporary successor. Then the seat will be contested in the November city election.

In the 2011 election, Carter easily won in the first round of ranked-choice voting, getting 2,177 votes, to Thomas Dale Block Club founder JohnnyHoward’s 1,010;  Planning Commission member Anthony Fernandez’s 269 and James McEiver’s 122.

A year ago, Carter wrote an article for MinnPost to support a school referendum, saying the city and St. Paul schools are working to “leverage local resources, maximize out-of-school-time learning, and re-establish our schools as the center of the neighborhoods they serve.”