News
Two Cities
This coverage is made possible by a grant from The Saint Paul Foundation.
June 18, 2013

The best strategy after a political battle is to claim victory and move forward.  And so it is with the two mayoral candidates who led the voting at Saturday’s Minneapolis DFL convention, which ended with no endorsement.

“We had an incredible team. We had over 200 people working on our convention operation,” said Joe Ellickson, who runs the campaign of former Hennepin County Commissioner Mark Andrew.

Andrew finished the day with 50 percent of the vote, and Hodges had 44 percent support. Endorsement required 60 percent.

Candidate Gary Schiff, who dropped out of the endorsement contest after the second ballot, did not return phone calls.

He said at the time that he was staying in race until November, but a visit to his campaign headquarters found the door locked and the lights off.

There are online reports that Schiff lost Mark Warren, his campaign manager. And at the convention Saturday, after Schiff’s departure, the Fire Fighters Local 82 switched its support to Andrew.

There are at least six other active candidates, and more are likely to emerge.

“We came in as the underdog candidate against the establishment candidate with a convention that was slanted against us,” said O’Leary of Hodges. “We went in and we blocked that endorsement, and that was a win. We fully believe that we won that convention.”

“We had an entire persuasion operation,” he said, describing a team of 200 volunteers, including 10 focused on nothing but data, another 60 working the convention floor and 117 precinct captains.

If a delegate had a question, there was another team, including the candidate, ready to talk to them, he said.

“We knew, to the delegate, how we were going to do in each and every precinct,” said Ellickson. The campaign moved three printing stations and 12 computers to the Convention Center in the belief that good data could produce a victory. 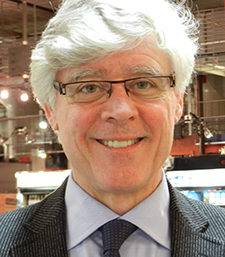 “The first ballot came within a tenth of a percentage point of our expected vote,” said Eric Nelson, the convention director for the Andrew campaign.

“We picked up more votes through the day than any other candidate,” said O’Leary. Hodges’ best numbers came on the third ballot with 574 votes, up 216 from the first ballot and after Schiff had dropped from the race.

Andrew gained 62 votes during the day, starting with 534 and topping out at 596 on the third ballot. Both candidates lost ground on the fourth ballot.

The convention was stalled for an hour and a half, waiting for the results of the third ballot where the final vote tallies were in dispute.

“Everybody in that hall, all of the campaigns, the co-chairs, should have been insisting on a correct vote,” said O’Leary, who noted that it was the Hodges campaign that had refused to move forward until all of the tallies were correct.  “It shouldn’t have taken 90 minutes of conversation and cajoling in order to get the right count.”

“Things got heated, the knives came out and some of the knives were very long,” said Ellickson. “There was some chaos on the third ballot. There was a lot of chaos.”

Both campaigns are re-tooling for a citywide campaign, and both are claiming their pre-convention work has prepared them for the campaign ahead.

“The insiders’ game, which favors an establishment candidate, is over,” said O’Leary.

The Hodges campaign has focused on attracting neighborhood organizers, who make up the field operations team.

They will be selling what O’Leary calls Hodges’ vision for Minneapolis that focuses on eliminating the opportunity gaps in housing, education and employment. 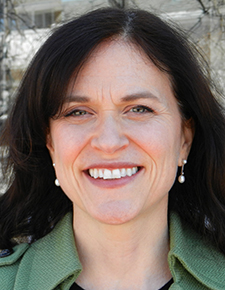 “We need to keep doing what we’ve been doing,” said O’Leary, which means talking to 350,000 people citywide instead of 1,500 DFL delegates.

“I’ll knock on many, many doors,” said Andrew, who says he really learned a lot when he spent hours on the phone talking to DFL delegates. “It sounds a little perverse, but I enjoy door-knocking.”

“It’s the convention turbo-charged,” said Ellickson as he looks ahead toward November.

The campaign will have to raise money to pay the rent, print literature and do some advertising. They also will need to buy pizza to feed the volunteers.  “There is nothing secret here.”

“There were five campaigns going in to the convention to block an endorsement,” said Ellickson, looking back. “One campaign was going in to win, and that’s us.”

“Unfortunately, one of the campaigns decided to play Chicago-style politics and walk out the door,” he said, a reference to the disappearing Hodges delegates who left before the fifth vote and took a quorum with them.

“People wanted to go home and we stopped asking them to stay,” said O’Leary of the Hodges supporters. “That convention was always going to end in no endorsement, and we didn’t need to inconvenience people and disrespect delegates anymore.”