News
Two Cities
This coverage is made possible by a grant from The Saint Paul Foundation.
Aug. 21, 2013 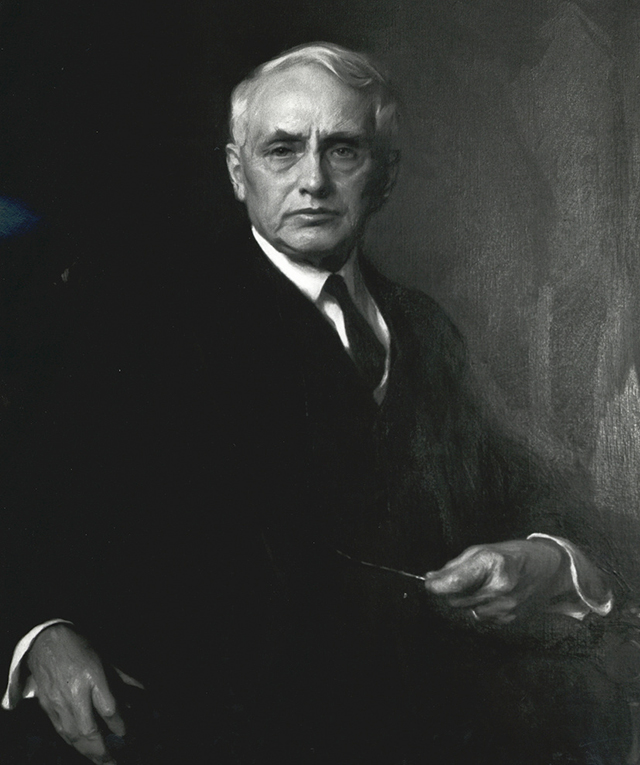 U.S. Department of StatePortrait of Frank B. Kellogg

St. Paul will honor him today for his work as co-author of the Kellogg-Briand Pact, an international treaty to outlaw war was signed in 1928. It was an attempt by many nations after World War I to prevent any further world wars.

It wasn’t successful in that regard, but the U.S. State Department’s history site says: “Its legacy remains as a statement of the idealism expressed by advocates for peace in the interwar period.”

The City Council resolution would declare Aug. 27 Frank B Kellogg Day in honor of the 85th anniversary of the Kellogg-Briand pact, which was signed on Aug. 27, 1928.

According to his Nobel Prize bio, Kellogg was born in New York, but grew up on a farm near Rochester, Minn., and taught himself law in southern Minnesota well enough to become Rochester city attorney and then Olmsted County attorney. He joined a St. Paul law firm in 1887, made a fortune and became known as a trustbuster while working as a special prosecutor for the federal government.

He was elected to the Senate in 1916 and voted for the U.S. entry into World War I. He lost a bid for re-election six years later.

President Coolidge appointed Kellogg secretary of state in 1925. He received the Nobel Peace Prize in 1929.

Kellogg Boulevard in downtown St. Paul is named for him.

The Minneapolis-St. Paul Chapter of Veterans for Peace helped organize the council recognition, with the help of Council Member David Thune, who represents the Kellogg House ward.

“This recognition is long overdue,” said a statement from organizers, who hope to bring awareness to Kellogg and the 1920s peace movement.