News
Two Cities
This coverage is made possible by a grant from The Saint Paul Foundation.
Aug. 27, 2013 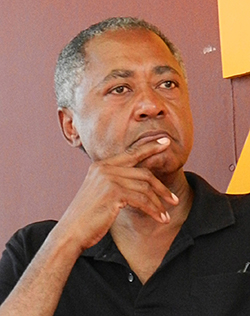 The initiative, he said, would target six extended families that are currently involved in crime. It also would ban some gun shows and sales in such city-owned facilities as the Convention Center and require the reporting of lost and stolen guns.

“There are six families in the city that are responsible for a hugely disproportional amount of crime,” said Samuels, the City Council member who chairs the Public Safety Committee.

“Many of the elders are taken off to jail and are spending a long time in jail,” he said, “and then at home you have these young dudes who are the men of the family.”

Samuels said he would have the city start working with the children of those families before kindergarten and offer them targeted special services in an attempt to change the culture of crime.

“These families are going to be circled by a set of resources and agencies that will guarantee that they will not be isolated,” said Samuels. The effort, he said, would include summer programs for children and teens and job training for adults as an alternative to a life of crime.

“It’s going to be a lot of love and, in case that doesn’t work, a lot of consequences,” he said. “Right now all we’re doing is consequences.”

Samuels also would crack down on the practice of a “straw purchaser” buying guns, selling them to someone else and then claiming the weapons were lost or stolen after they have been used in a crime.

“It’s totally outside of the boundaries of possibility that someone could be losing so many guns,” said Samuels. “Light is going to be shone on the person who is chronically losing their guns.”

To end the practice of “straw purchasing,” Samuels would require the immediate reporting of lost or stolen guns and hold gun owners responsible for their weapons.

Samuels also would ban the sale of guns at city-owned facilities unless sellers agree to perform background checks on potential purchasers on site before a sale.