News
Two Cities
This coverage is made possible by a grant from The Saint Paul Foundation.
Aug. 2, 2013

Unions and the business community joined forces Thursday to tell members of the Minneapolis City Council that they think it’s a bad idea for the city to take over the gas and electric utilities.

The energy activists, though, also were out in force to say that a public takeover is an idea worth more study.

After more than 50 speakers and three and a half hours of testimony, just about everyone at the public hearings had expressed an opinion except the folks who will vote to move ahead or drop the idea.

City Council members did not speak during the session and will not vote on the matter until Aug. 15.

With an overflow crowd spilling into three rooms, including the Council Chambers, there were even a few private citizens who came to speak up on behalf of their wallets.

“I’m opposed to this takeover,” said Peter Dvergsten. “Between taking over the gas and electric utilities and streetcars back downtown, I don’t know which idea is the worst.”

“My pocketbook is running pretty close to empty,” he said. “My options are running out, but one of my options is to sell the house and move out. Where? I don’t know, but North Dakota is looking pretty good.”

Jerry Wendt was there for his condominium association, which is about to spend $330,000 to install solar panels on its roof.

“The only way we can do this is with Xcel rebates,” said Wendt, who added that the panels are scheduled for installation this fall. “We don’t want this to blow up in our faces.”

“The city will be exempt from rate controls,” said Larry Lura. “That’s going to pull more money from my pockets, and people like myself, who are in an marginal economy, can barely pay our own bills.”

The hearings started with assurances from Deputy City Attorney Peter Ginder that even if the City Council were to place the utilities-takeover question on the ballot this fall and it passed, Minneapolis would not be required to move forward.

Ginder also said that a future ballot question would be required only if the takeover required the sale of general-obligation bonds.

The hearing started with Dave Sparby, president and CEO of Northern States Power, making the case for the utility to continue as the supplier of electrical power in Minneapolis. NSP is a subsidiary of Xcel Energy. 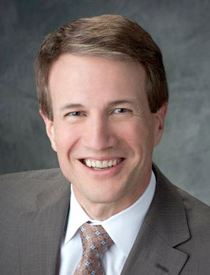 Following the June 21 storm that left 600,000 regional customers without power, the company brought in workers from 14 states and had 1,000 people working to restore power, he said.

During the past nine years, Sparby noted, NSP has been the “nation’s leading distributor of wind energy.”

CenterPoint Energy, the gas utility, and Minnesota Energy Options, which is pushing to place the takeover question on the ballot this fall, have agreed to work together to expand energy efficiency and conservation.

“We do spend quite a bit of money on conservation,” said Joe Vortherns, regional vice president for gas operations at CenterPoint. “In the last seven years, we have increased our spending every year, and at the same time we’ve increased the savings realized by our consumers each year.”

The 20-year franchise agreements with Minneapolis and the two utility companies expire at the end of 2014. Negotiations for possible new agreements are scheduled to begin early next year.

Opponents of renewing the agreement say this is the time for Minneapolis to explore its options.

“Business as usual will put us on the scrapheap of history where it is littered with civilizations that eroded the ecological foundations they depended on for their survival,” Crocker continued. “And then they perished. That is the track we’re on. Deny it.”

The City Council has authorized a $250,000 study of the energy options that could be part of the discussion when negotiations begin next year. The complete study is not expected to be available until February.

“We respectfully ask the council to wait until the study has been introduced and properly analyzed before presenting [the ballot question] to the citizens,” said Kevin Lewis, speaking on behalf of the Building Owners and Managers Association.

“We don’t see a good outcome to putting this on the ballot,” said Dan McConnell of the Minneapolis Building Trades, which represents 26 trade unions and is opposed to a utilities takeovers. McConnell is also DFL chair for Minneapolis.

“If this passes, you’re stating your intentions to municipalize the utilities,” said McConnell. “If it fails, you just handicapped yourselves and tied a hand behind your back during negotiations.”

Some who came to talk had personal reasons for taking sides in the fight. Roxanne O’Brien was one of those speakers.

Twenty years ago, when the current franchise agreements were negotiated, Steve Cramer was a member of the Minneapolis City Council. Now he’s president and CEO of Project Pride in Living.

“I say this with complete respect, knowing all of you have a wonderful commitment to making city government as effective as possible,” said Cramer. “To me, this is a classic be-careful-what-you-wish-for scenario.”

Should the city take over the utilities, Cramer said, running those services could dominate city government to the detriment of other city business.

After the hearing, Council Members did not share their thoughts about the fate of the proposed November ballot question.