News
Two Cities
This coverage is made possible by a grant from The Saint Paul Foundation.
Aug. 22, 2013

Seventy years ago, the first vegetables were planted in what is now Minneapolis’ Dowling Community Garden. That spring, a man with a plow came to turn the soil for neighbors to plant Victory Gardens. It was 1943, and the Great War was raging in Europe and the Pacific.

Rose Pearson and her husband, Elof, were among the gardeners that first summer. Watching the plow, Rose knew that the task ahead was not going to be easy.

“I tell you that was the worst mess,” Rose recalled in an interview she gave in 2001. “That plow was out of the ground more than it was in the ground because it was so rocky.”

The site has endured and evolved since its World War II start, and on Saturday the Dowling gardeners are going to take time off from the weeding, watering and harvesting to celebrate 70 years of Dowling community gardening at 39th Street and 46th Avenue South.

The party starts at 11 a.m. with a tasting featuring heirloom tomatoes, and a noon visit from Mayor R.T. Rybak and Dowling School Principal Joe Rossow. 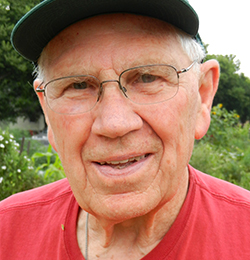 Dowling’s first gardens were planted in what had once been a swamp labeled “unfit for cultivation” by surveyors in 1855. The swamp had been filled in, probably around 1920, to make the land suitable for development.

“Most of the landfill wasn’t high quality,” said Jerry Foley, who has maintained a garden plot at Dowling for more than 20 years. “It was gravel and rocks and cement in there. Most of the gardeners have worked to build up their soil over the years.”

One gardener did a test dig some years back. The first foot of the soil had some organic material, probably because decades of gardeners had been working that section. But below the top layer was the sand and rock from the landfill. Two feet down, he found peat, probably from the original swamp.

The Dowling Garden has come a long way from its landfill origin. Today sunflowers stand 12 feet tall, tomatoes hang heavy on the vines, cabbages about the size of basketballs flourish and beans are abundant. 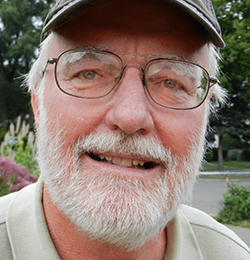 “I grew up in a rural area and we had a pretty good-sized vegetable garden, and as soon as I was old enough, I had responsibility for it,” said Jeffrey Loesch, who has gardened at Dowling for more than 20 summers.

“I would always start out in the spring enthusiastically, and then in the summer, when it was time to get behind the hoe and get out there and weed, I wasn’t so enthusiastic,” said Loesch. “I certainly did learn how to garden and knew how to do it quite well while I was young.”

Adds Foley: “I grew up a farm boy so I learned gardening especially because World War ll happened.  I couldn’t go into the Army — I was too young — but I could be patriotic by growing a Victory Garden.”

The two ended up at Dowling back when signing up in the fall guaranteed a garden spot come spring. There are 185 garden plots at Dowling. When the waiting list hit 160 names four years ago, they decided to close the waiting list.

“All of a sudden gardening became ‘in’ and was kind of popular,” said Loesch. When they closed the waiting list, gardeners were on stand-by for as long as five years waiting for a plot to open. The good news is they expect to open the waiting list again this fall in anticipation of 35 to 40 plots being available for new gardeners.

“You get your plot and you get water. We have a water system. You get access to a tool shed . . . which has basically all the tools you need to garden” said Loesch. Gardeners also have access to manure and wood chips that are trucked to the gardens every spring.

Rent is based on the size of the plot, plus expenses, which include insurance and rent, paid to the Minneapolis School District, which owns the land and the adjacent Dowling School. This year, rent for a plot of less than 100 square feet is $18.50. The annual top rent on the largest plot is $72. 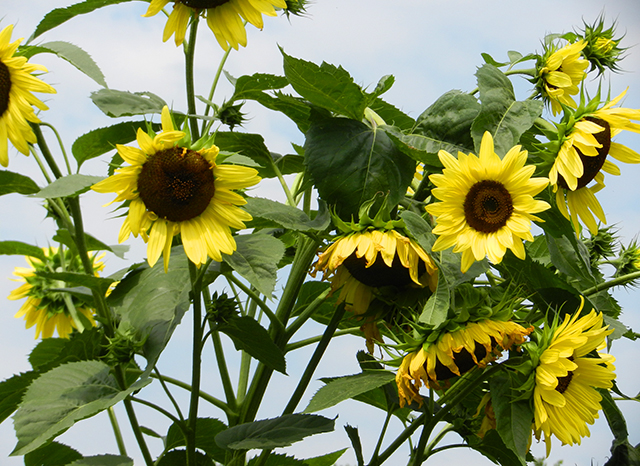 The biggest change in recent years has been the addition of a watering system, made possible by a series of grants from the Longfellow Community Council.

“To get water to my first garden took 300 feet of hose, or else you had to carry it in buckets — those were your choices,” said Loesch, who estimates the cost of the water system at about $12,000. “Every garden is now within 100 feet of an outlet.”

Gardeners plot the year not month to month, but crop to crop.

“Early spring, I usually grow quite a number of green onions,” said Foley. “I can have those as a first crop, give some to the food shelf, as well as what I eat and then plant my regular crop.”

“In the spring some people bring in a roto-tiller … some people spade it up,” he said. “I just try not to do any deep tilling.”

The Garden Steering Committee has a rule that gardeners must have half their plot planted by June 1.

“Lettuce, peas — those are the early crops. Got to get those in as quick as you can,” said Loesch. “Get your onions in … leeks and other frost-resistant things, broccoli, cauliflower, brussels sprouts, things that aren’t affected by frost.”

“I got my first tomato by the Fourth of July this year,” said Loesch who, like many Dowling gardeners, plants flowers on his plot to attract bees. “Peppers start happening, flowers start to bloom. I have a big crop of zinnias.”

“It’s really fun this time of year. People have more than they can use, so the surplus collection, which Jerry supervises, is really at its peak right now,” said Loesch.

Gardeners are encouraged to plant a row for the food shelves, which volunteers then deliver three times a week.

Those signing up for a garden plot also are signing up for four hours of service, which could be caring for the flower gardens on shared ground, delivering the donated vegetables or mowing the paths that separate the plots.

“One of the things food shelves love is fresh vegetables,” said Foley. “We have … one plot designated as a food-shelf garden. It’s producing a lot of tomatoes, and I picked 20 pounds of beans one day out of there. That’s four big plastic sacks of beans.”

All of this abundance has not gone unnoticed. Public gardens are public, which means anyone can walk in and help themselves. Vandalism is not unknown at Dowling or other community garden spots in the city.

“The other day, my brother-in-law, who has a plot here, had some eggplants stolen,” said Loesch. “They were just getting ready, and all of the sudden they were gone. It’s very frustrating when that happens.”

“Last year, I had a beautiful row of peas,” recalled Foley, who was planning to harvest them for the food shelves. “I decided I would wait until the next morning. I went back the next day and there wasn’t a pea left in the whole patch.”

Despite the stolen vegetables, Foley doesn’t think vandalism is a major problem, considering the size of the 4-acre garden.

Perhaps the spirit of gardening — and of Victory Gardening — is best expressed by this 1942 radio jingle from the “Farm and Home Hour,” as published in the newly revised Dowling Garden History:

“Get out and dig dig dig in the sunshine
You can make one garden grow
Every seed you buy will gladly multiply
Til we’ve overcome our foe.
Get out and work work work for the nation
We can keep our country free
Help the rain above feed the ones we love
Dig our way to victory.
Planting corn every day
Planting beans come what may
Turn the sod, trust in God
And the earth will show the way.
Get out and dig dig dig in the sunshine
Every heart will feel a glow
As we turn the tide we’ll be glad we tried
To make 10 million gardens grow.