News
Two Cities
This coverage is made possible by a grant from The Saint Paul Foundation.
Aug. 1, 2013 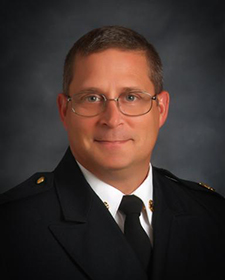 St. Paul Mayor Chris Coleman has reappointed Fire Chief Tim Butler to a second six-year term, and the City Council will consider the appointment next week.

Fire union officials, though, said that while they have expected Butler’s reappointment, they are disappointed that they didn’t get a promised meeting with the mayor before the formal announcement.

Capt. Mike Smith, the union chief, said he was out on a run from Station 4 when an email about the reappointment from the mayor’s chief of staff came in at 11:30 a.m. Sixteen minutes later, reporters received the reappointment announcement.

“We knew he was going to be reappointed, but the mayor could have met with us to hear our concerns,” Smith said in an interview this afternoon.

“The past eight months, things have been going well, but the first five years of his term were a rocky road between the firefighters and the chief.”

He mentioned brownouts (partial closures) at Engine 13 and a plan to cut Rescue Squad 2.

But things have gone much better recently, he said.

“We’ve been working together well and resolved a lot of issues; we make progress when we work together,” Smith said. “We want to make sure that continues, and, obviously, the mayor doesn’t care [because the promised pre-appointment meeting didn’t happen].”

Thune said he expects some concerns from firefighters.

“Some employees might not agree with everything he does, but all in all, [Butler has] done a good job,” Thune said. “It’s a tough time to be running a department in the city, but he held to his budget and shows a high level of professionalism.”

In announcing the reappointment, Coleman said Butler “has proven time after time that he is the best person to lead the Saint Paul Fire Department. His commitment to continuing the SPFD’s long tradition of providing great service to our residents is reflected in his work every day, and his accomplishments are many.”

Achievements cited by the mayor’s office during Butler’s term:

Butler was appointed chief in 2007, taking over when the embattled former chief, Doug Holton, left to be fire chief in Milwaukee. (Holton resigned in Milwaukee after only two years on the job when the department was preparing to hold a no-confidence vote. Holton become an associate dean at Madison Area Technical College, where he still works.)

Butler was the department’s fire emergency management and communications chief when he was named chief. He took over during a rocky period. Back then, he said he didn’t expect to make everyone happy, but he hoped to mend the rift between union members and management in the department.

Also on Butler’s resume, according to the city:

A retired member of the U.S. Coast Guard and Reserves, Butler served in U.S. military contingency operations in Grenada, Europe, Iraqi Air Operations, and mobilization for the September 11, 2001 attacks and Operation Enduring Freedom. He also served as a liaison officer for the U.S. military Crisis Action Team responding to the grounding of the Exxon Valdez and as Chief of Staff for the U.S. Transportation Command’s Crisis Action Team.