Two Cities covers City Hall politics in Minneapolis and St. Paul. Karen Boros reports on Minneapolis City Hall. She started her journalism career covering Minneapolis politics for the Sun Newspapers and later became the City Hall reporter for WCCO-TV. Joe Kimball, a former columnist and reporter for the Star Tribune, reports on St. Paul City Hall. He’s also the author of “Secrets of the Congdon Mansion,” the bestselling chronicle of the historic Congdon murders in Duluth.
This coverage is made possible by a grant from The Saint Paul Foundation.
News
Two Cities

Financing will depend on the building winning historic designation, and the 1907 building has an intriguing past. It originally housed a greeting card company staffed largely by women artists.

In addition to trying to persuade Ford to keep the plant running, city officials kept busy on Plan B and have invested tons of time preparing for the ultimate reuse of the site. A Nov. 9 meeting will brief the community.

Howie Padilla, a former newspaperman who once covered the St.

When Peavey Plaza was opened nearly 36 years ago, we loved its fountains and waterfalls. Plans to revamp the dated space are being released Wednesday.

Mike Christenson is leaving his job as Minneapolis’ director of Community Planning and Economic Development at the end of the year, when his current two-year appointment expires. 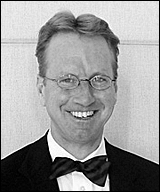 It’s time for Minneapolis to embark once again on a thankless job — redrawing the boundaries that ultimately will help determine who will represent citizens in each of the city’s13 wards.
This year, for the once-a-decade job, the city will use a br