Grace Corrigan lost her daughter 25 years ago today — and we saw it happen. 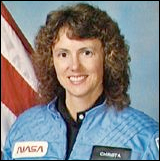 Anyone who is old enough cannot forget the faces of Grace and her husband, Edward, as they watched the space shuttle Challenger explode 73 seconds after liftoff on Jan. 28, 1986. Their daughter, Christa McAuliffe, was one of the seven astronauts who died that day.

Christa had been chosen to be the first Teacher in Space, a program announced by President Ronald Reagan in 1984, intended to “inspire students, honor teachers, and spur interest in mathematics, science and space exploration.”

I got to know Grace Corrigan because of several trips I took with a Minneapolis Public Schools program called GEMS — Girls in Engineering, Math and Science. Julie and Brad Blue, the former coordinators of the program, had befriended Grace and invited her to spend some time with the Minneapolis teachers at Cape Canaveral. We also went to Coalwood, W.Va., home town of Homer Hickam and the Rocket Boys, featured in the movie “October Sky.”

Grace has been able to overcome the pain of losing her daughter by channeling her grief into continuing Christa’s mission of promoting education. She’s make countless public appearances and speeches, all with the same theme — let’s not forget Christa and what she was all about. 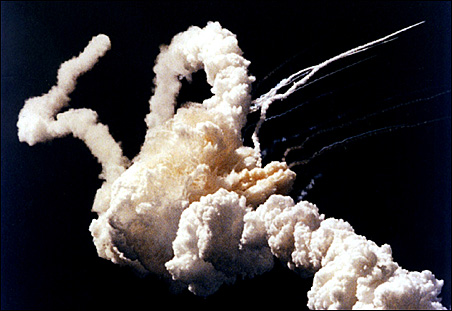 Although Grace has slowed down just a bit in recent years, she still visits Challenger Center educational programs and schools, especially those named after her daughter. She also helps raise money for some of the scholarships across the country in Christa’s name.

I made this video from footage shot in West Virginia during three years of my visits with Grace and a group of Minnesota teachers.