Nick Clausen is a former TV videographer. He’d been telling one-minute video stories for years when he realized that he wanted to do something more meaningful with his skills. A few years ago, he decided to try to make a feature length documentary film. 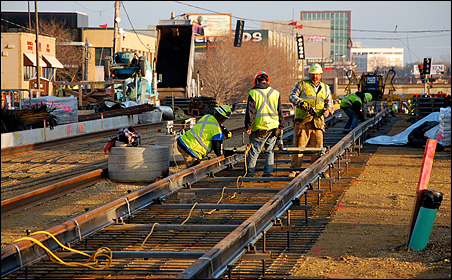 Clausen grew up near University Avenue in St. Paul and continues to live in the area. He knows the stretch of “The Avenue” between downtown St. Paul and the Minneapolis border well and decided the small, independent businesses there would be an interesting subject for a film. 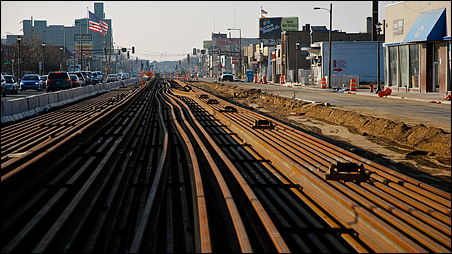 As he began to talk to people about his idea, he found out that the planned light rail line was not welcomed by all the owners of small businesses on the proposed route. Some were adamantly opposed, and worried that they might not be able to survive the loss of revenue during the construction period. Others thought that the line itself would not bring in any new business for them after its completion. 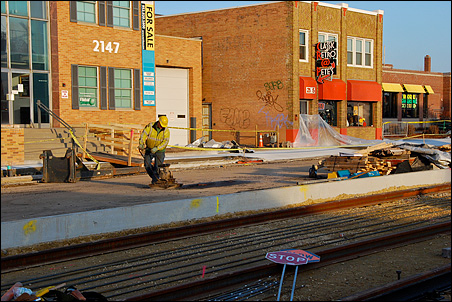 MinnPost photo by Steve Date
Street traffic is difficult for small business during the construction phase.

Clausen began filming in 2009 and expects this to be a four-year endeavor. He has found five small, diverse businesses on University Avenue to check in on periodically — before, during and after the construction period comes to their block. A sixth subject decided to go out of business before the construction began. 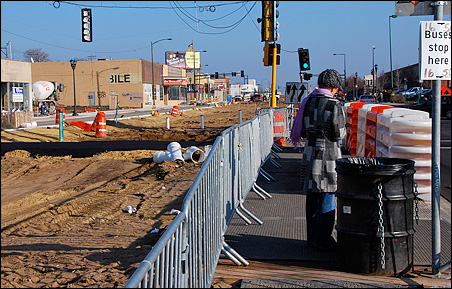 I recently spent an afternoon with Clausen as he interviewed two of his five subjects. Alex Pham owns the Pho Ca Dao restaurant at 439 University Ave. and Tim Wilson owns Urban Lights Music at 1449 University. Pham is anticipating a significant loss in business and Wilson says he had an 80 percent loss of revenue during some parts of the construction phase.

(There is some dispute over how much revenue small businesses are losing. The policy director for St. Paul’s mayor says documented business losses have not been nearly as severe as some of the claims made in public.) 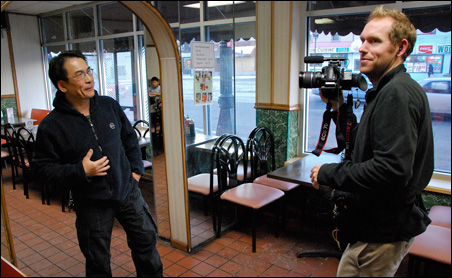 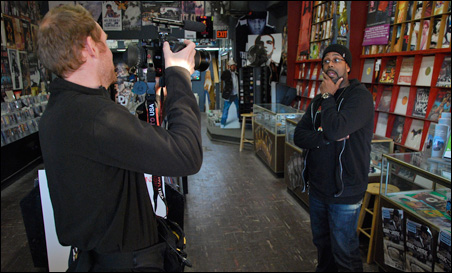 In this video, Clausen talks about his documentary project and introduces us to Alex Pham and Tim Wilson. 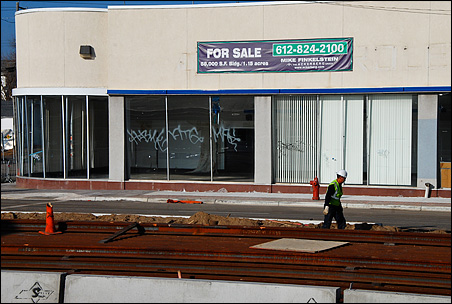 MinnPost photo by Steve Date
The business landscape of University Avenue is changing because of the light rail line.