The 7th annual U.S. Pond Hockey Championships were held last weekend at Lake Nokomis in Minneapolis. It’s the largest outdoor hockey event in the country, with over 270 teams and some 1,700 players participating.

Minnesota, the self-dubbed “State of Hockey,” turns out an estimated 30,000 spectators each year for the event. Spectators have a great time standing outdoors on a windswept Minneapolis lake watching grown men and women play like kids again.

The event symbolizes what Minnesota winters are all about.

All photos by Steve Date 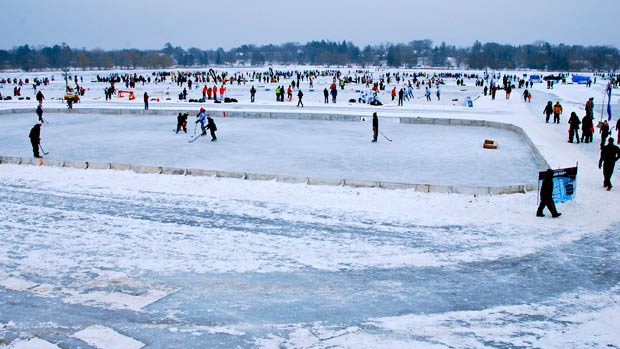 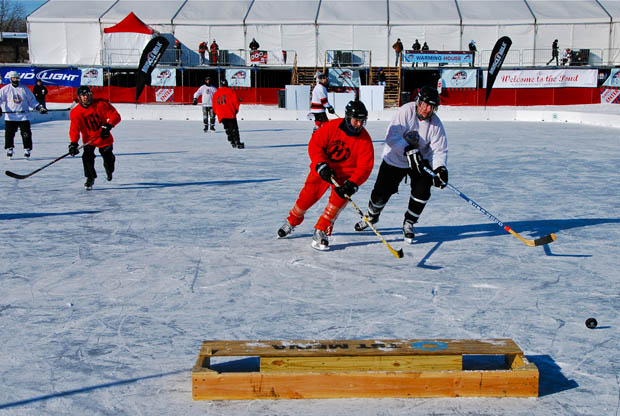 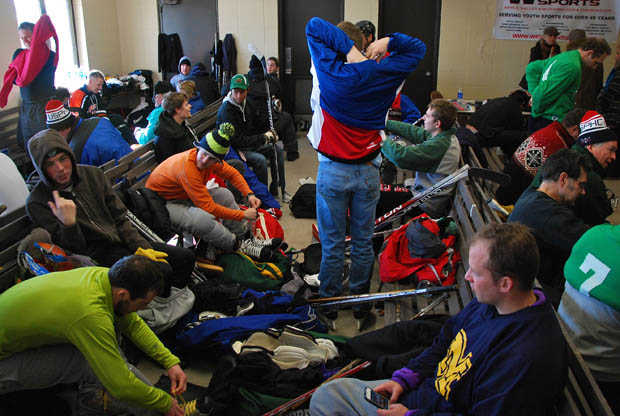 Players change clothes and prepare for games in warming house. 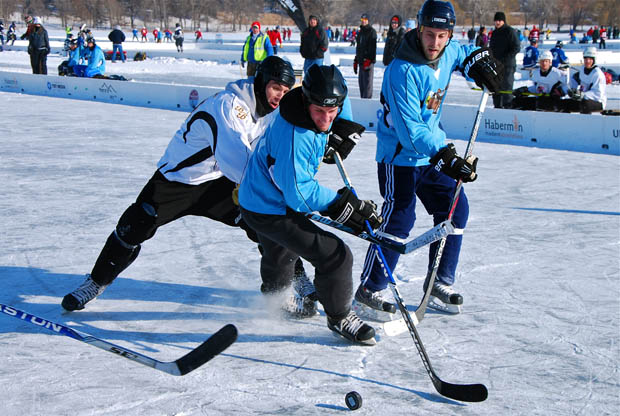 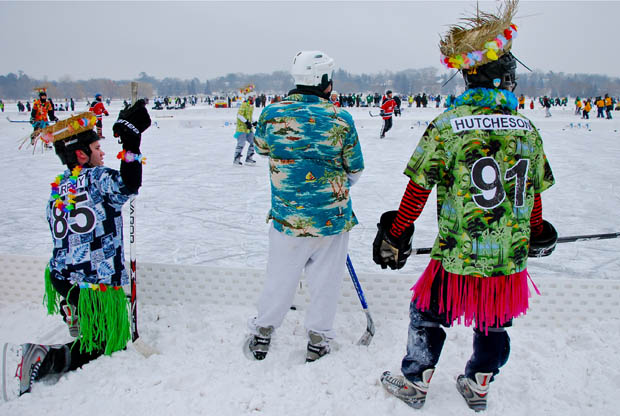 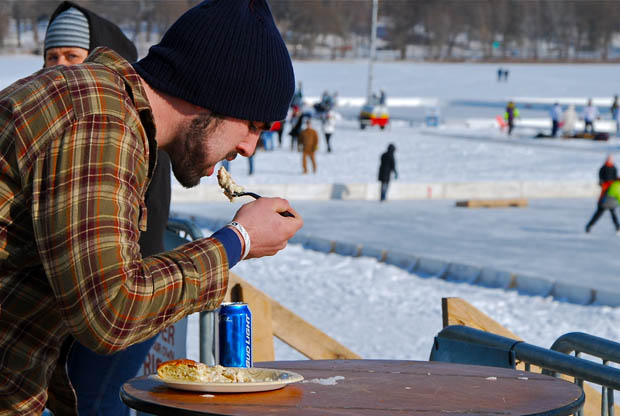 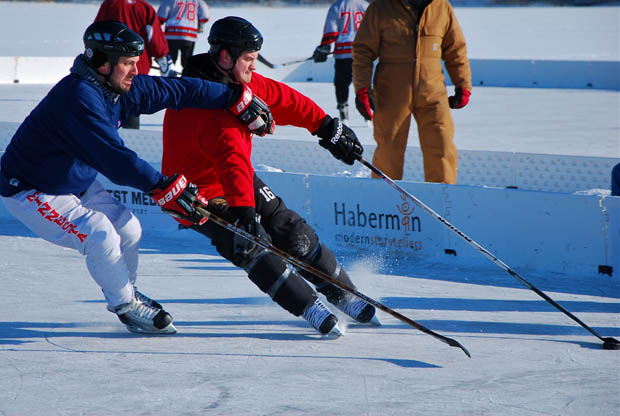 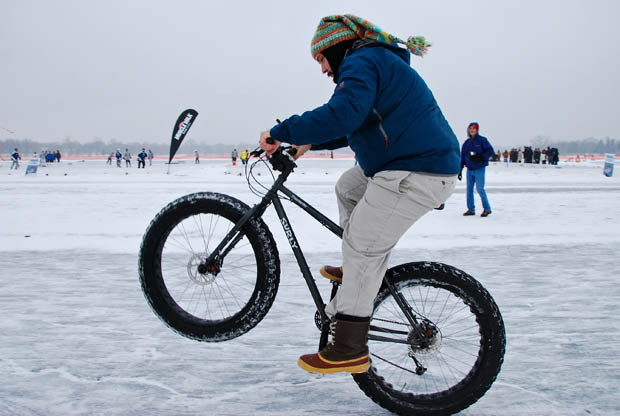 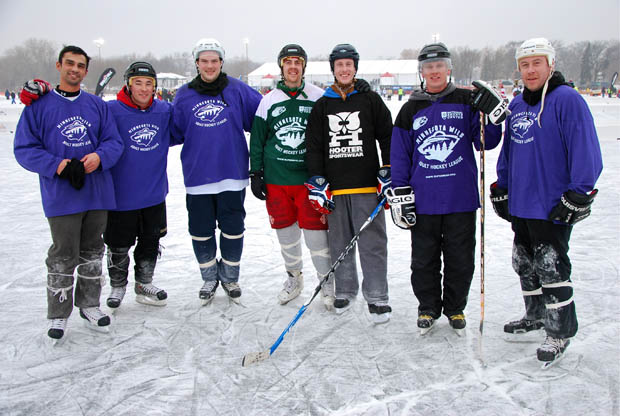 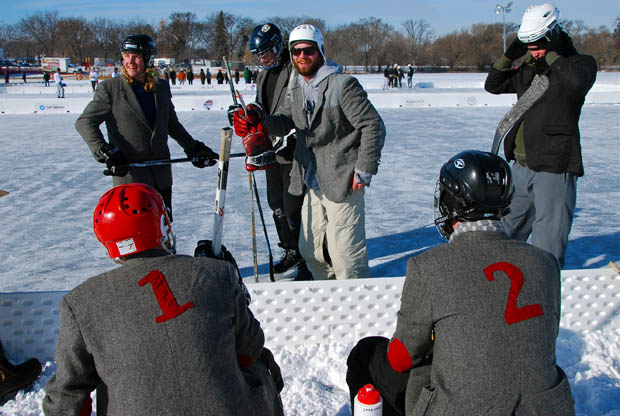 Bringing a little formality to the occasion. 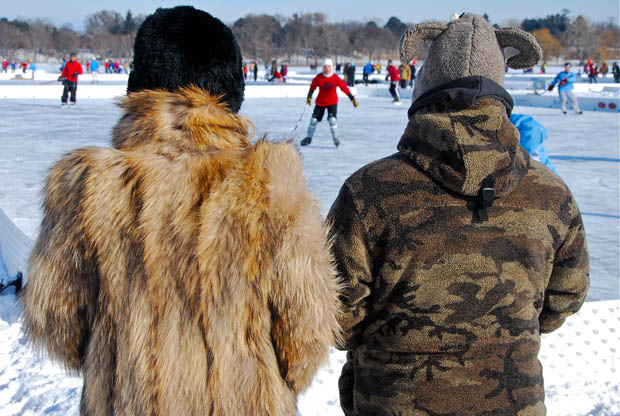 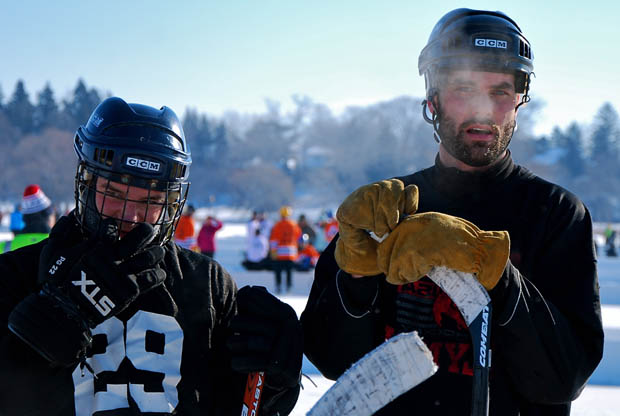 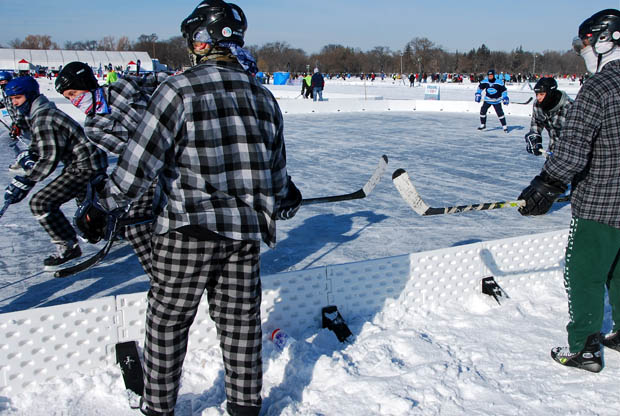 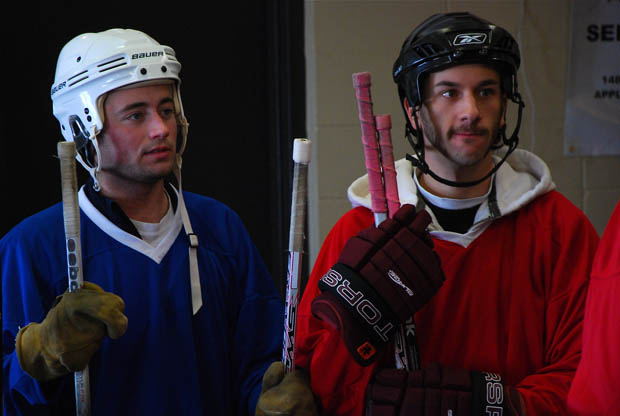 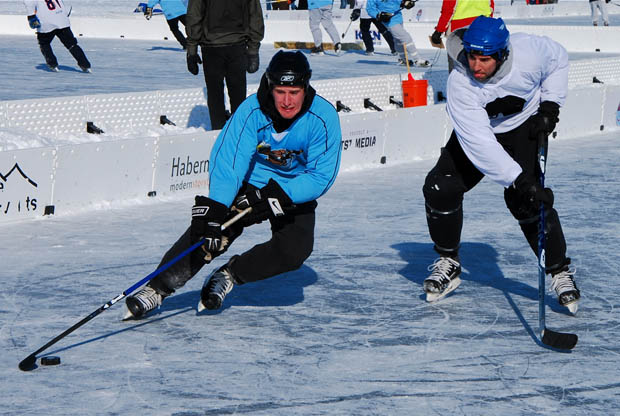 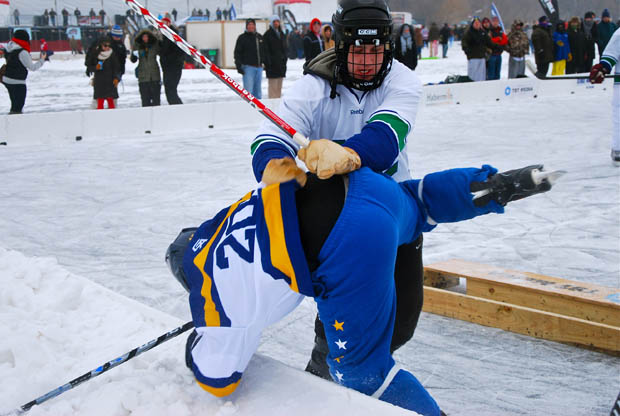 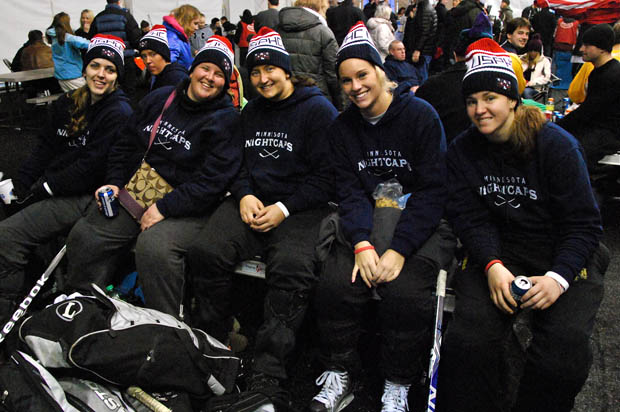 “Minnesota Nightcaps” women’s team gets ready in the big tent. 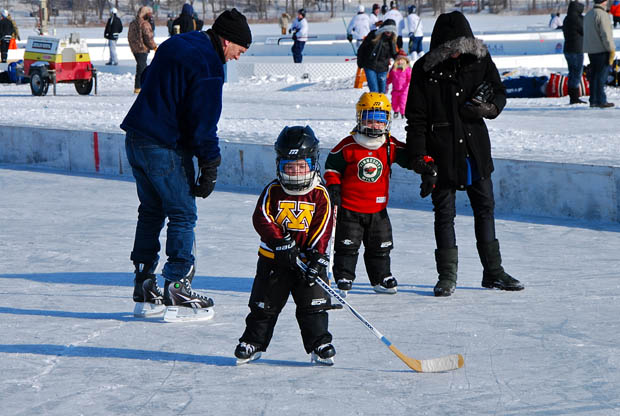 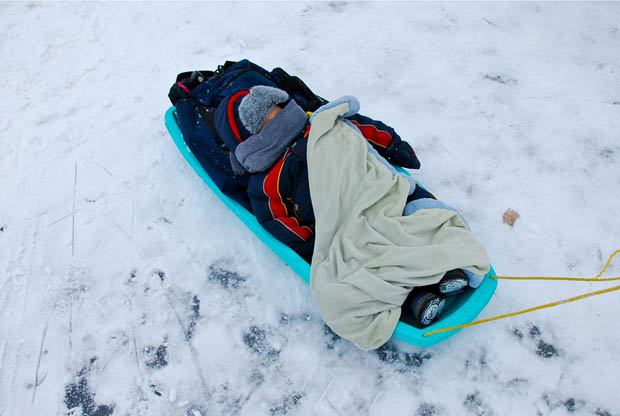 Time out for a nap. 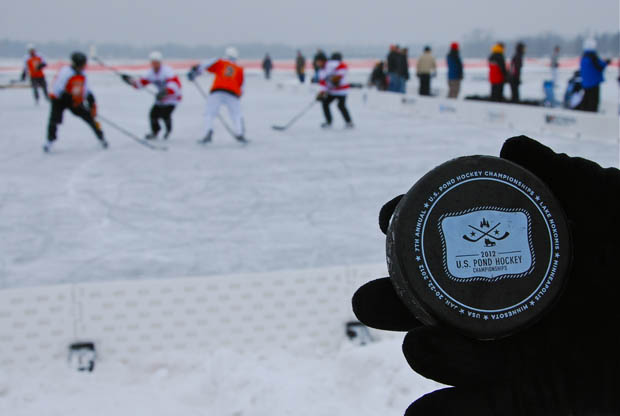 Scenes from the pond hockey championships at Lake Nokomis