Honor Flight Twin Cities was created 7 years ago for the purpose of flying aging World War II veterans to Washington D.C. for a day to visit their memorials.

Norman Roloff of Bloomington served on a troop transport ship in the Coast Guard during the war and got his Honor Flight on April 28. He was part of a group of 100 veterans who left Twin Cities International Airport early in the morning, spent a busy day in the nation’s Capitol and returned late that same evening.

Norm sat down with me recently and told me about his recent trip. The still photos in the video were graciously supplied by the Honor Flight photographers who went along on the flight to document this special day.

Honor Flight Twin Cities is part of a national organization dedicated to honoring American veterans in this way. For more information or to make a contribution, visit their website or contact Twin Cities trip coordinator Jerry Kyser at 651-481-8835. 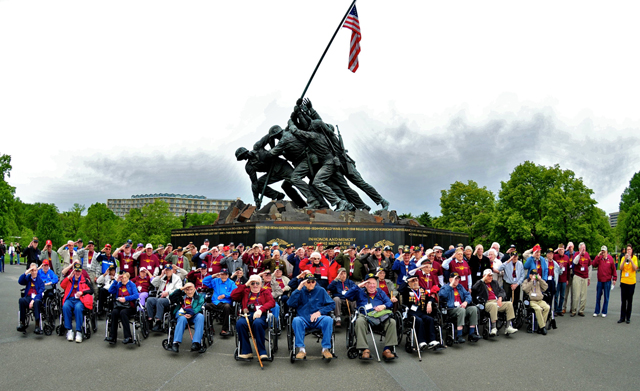