Forgive me for writing two weeks in a row about the school where I work, but we’ve had a couple of pretty interesting events recently.  Last week’s View Finder was about a trip I took with a hundred 5th-graders to the north woods.

At 7:00 AM last Friday, a large bus full of high school students (along with some cows, pigs, and sheep) from several FFA chapters in western Minnesota arrived at Andersen United Community School in Minneapolis and made quite an impression on our students and faculty. 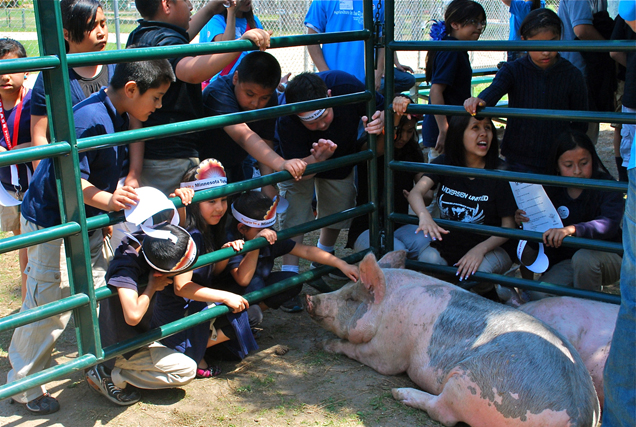 MinnPost photo by Steve DateThis was the first time most of our students had ever petted a pig.

Morris Area High School teacher and FFA advisor Natasha Mortenson coordinated the event and is the lead for the Ag in the Classroom program.  I met her about a year ago while doing videos about some of her students at the Minnesota state FFA convention on the St. Paul campus of the University of Minnesota for a series on rural youth in Minnesota. 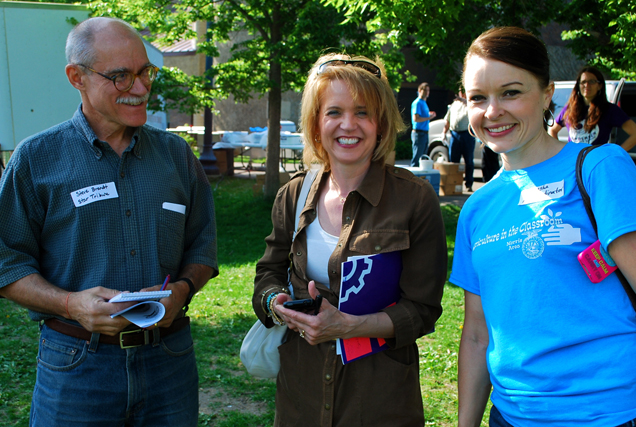 MinnPost photo by Steve DateReporters Steve Brandt of the StarTribune and Kim Insley of KARE 11 were both at Andersen School to interview Natasha Mortenson, Coordinator of Ag in the Classroom.

Matt Huot, one of my video interview subjects last May, told me about the Ag in the Classroom day they had recently conducted at two North Minneapolis schools.  He spoke about it with such excitement and enthusiasm that I immediately asked Mortenson to bring the program to our school this year. 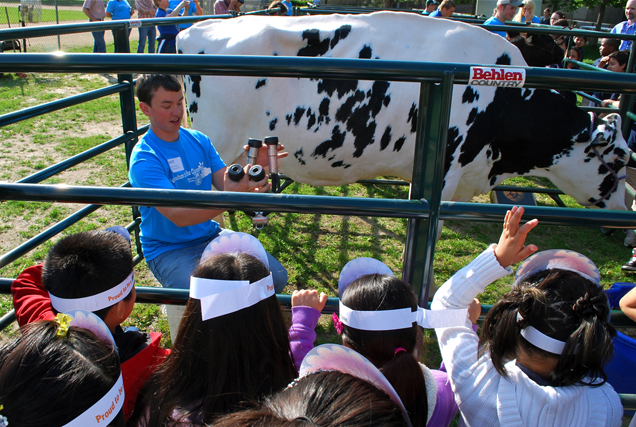 Last August, I did videos with some other FFA members at the Stevens County Fair in Morris.

They were all at Andersen on Friday, along with several dozen other members from several Minnesota chapters, conducting introductory lessons about how food gets from the farm to our plates. They visited all our classrooms, from pre-Kindergarten to 8th-grade. After the intro lesson, they led the excited students outside to meet the livestock. 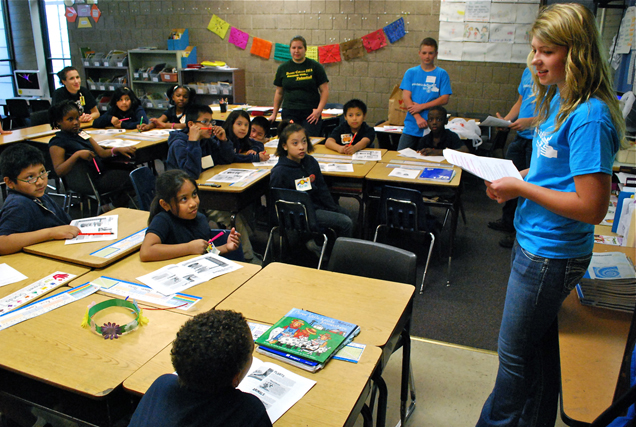 Ag in the Classroom gives FFA members from rural Minnesota a chance to put the public speaking skills they’ve learned to good use by teaching city kids (and teachers) about the importance of knowing where our food comes from, what life on a farm is like, and maybe even inspire some of our students to pursue careers in ag-related fields. 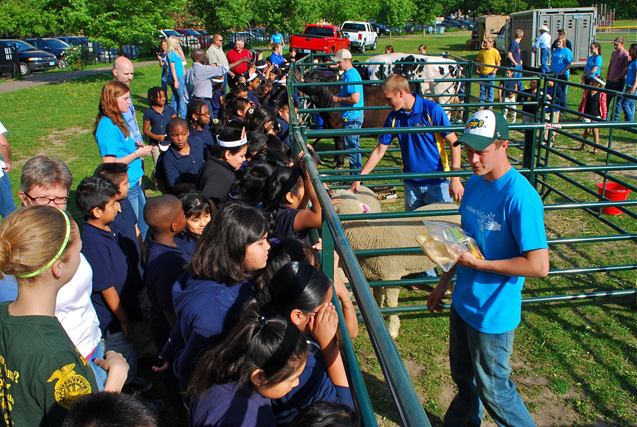 MinnPost photo by Steve DateFront to back: Lloyd Lesmeister, Brady Wulf and Jake Moser of the Morris FFA Chapter show their livestock to Andersen School students. 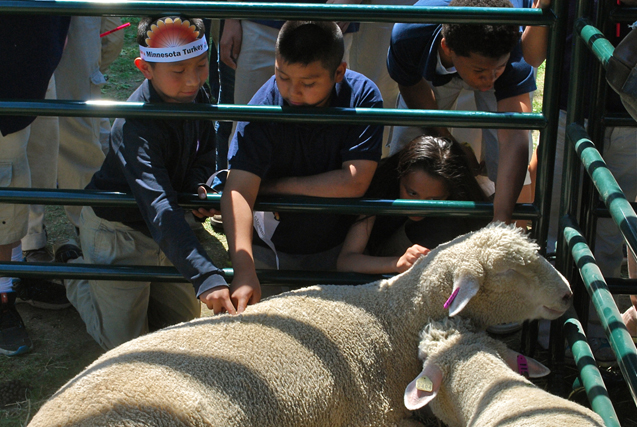 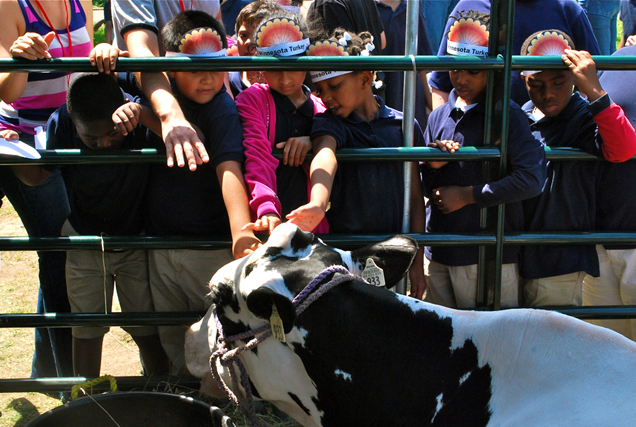 The Morris FFA Alumni Club generously paid for the trip and brought and grilled 1500 Minnesota-grown hamburgers, one for every student and staff at our school.

The FFA kids and their animals were a huge hit with our students.  Ag in the Classroom is one of those good-will activities that ends up being equally meaningful for both sides.  After talking with some of the high school students and remembering Matt’s comments from a year ago, I think they got just as much out of the day as we did. 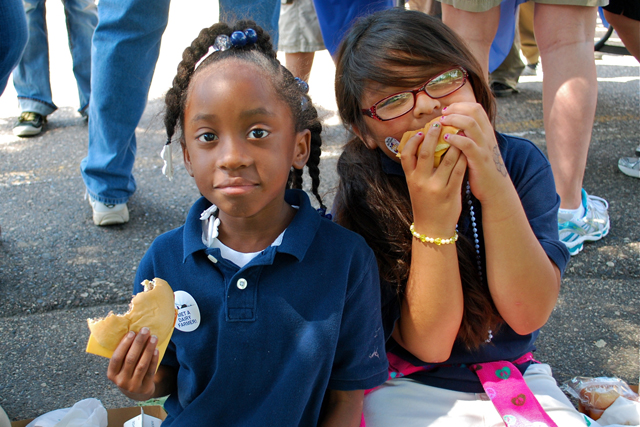 Natasha Mortenson and fellow FFA advisor Nick Milbrandt are hoping to expand the Ag in the Classroom program next year and are looking for urban schools as well as other FFA chapters who would like to find out more about how to participate.  You can contact Natasha Mortenson at nmortens@morris.k12.mn.us.