My mom used to remind me that I once rode on a streetcar in Minneapolis. Since the last car ran in the summer of 1954, I was a year old at most, so I have no recollection of it. But she knew it was important to remember that part of our local history and wanted me to know that I had been a small part of it.

The Twin Cities had one of the best public transportation systems in the country through the first half of the 20th century. It began with horse-drawn streetcars in the 1870s followed by trial periods of cable cars and steam engines.

When electricity emerged as the energy of choice in the 1890s, the light-rail system blossomed and ridership took off. By the 1920s, an elaborate and extensive web of tracks covered the metropolitan area. There were over 500 miles of rail, stretching from Stillwater to Lake Minnetonka, and from Anoka to Hastings.

Within the city limits of Minneapolis and St. Paul, more than two-dozen routes were spread out in such a way that most people had to walk no more than a few blocks to catch a streetcar. 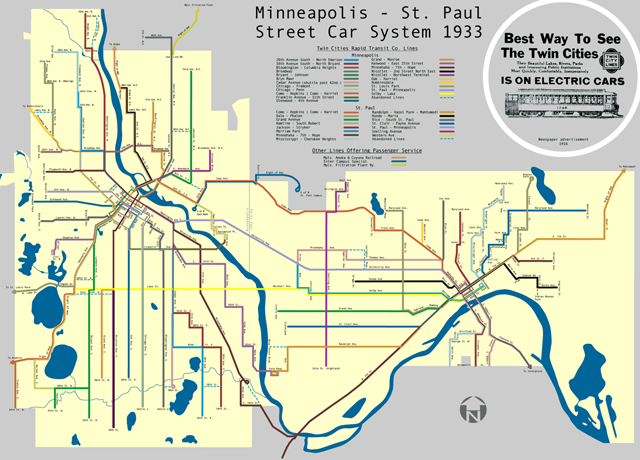 Streetcars dominated public transportation through World War II. But in 1949, a group of investors took control of the Twin City Rapid Transit Company — which by then included buses — and the end of the streetcar era was in sight. Buses were becoming cheaper than rail to run and driving a car to work had become part of the post-war American dream.

Car No. 1300 made the historic final Minneapolis streetcar run on the Como-Harriet Line on June 19, 1954. The cars were quickly sold to other cities and put into use or sold as scrap metal. 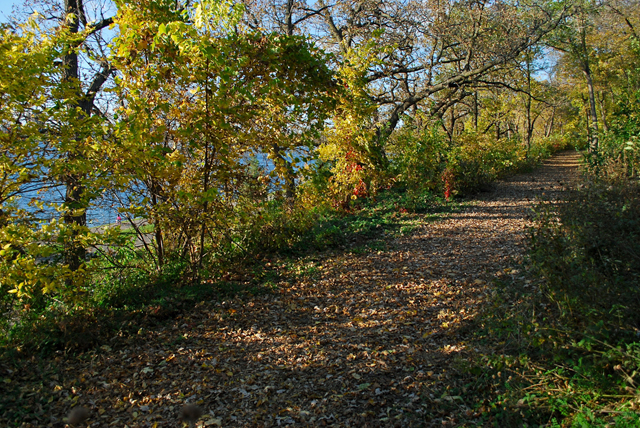 MinnPost photo by Steve DateThe old rail bed of the Como-Harriet line is now a walking path on a hill above Lake Calhoun.

In 1971 a group of individuals and the Minnesota Transportation Museum had the foresight and the funding to reconstruct about a mile of the Como-Harriet track and restore some of the cars as a tourist attraction and living history museum. Many people enjoy riding the old streetcars and the volunteer operators love telling the history of this bygone mode of transportation. 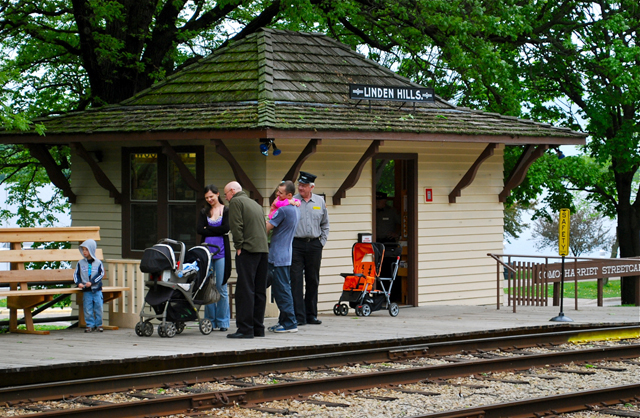 MinnPost photo by Steve DatePassengers wait to board at the Linden Hills station.

The current ride runs from the Lake Harriet station and stops abruptly on the southeastern shore of Lake Calhoun, at the site of the old Lakewood Cemetery Station. 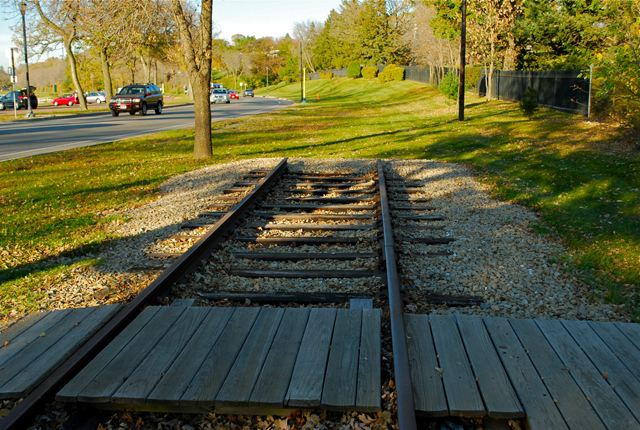 The track once continued north from there, across a bridge at 36th Street and along Lake Calhoun, up on a small bluff above the lake. After a few blocks, the tracks ran through an alley between James and Irving Avenues on its way toward Lake Street. 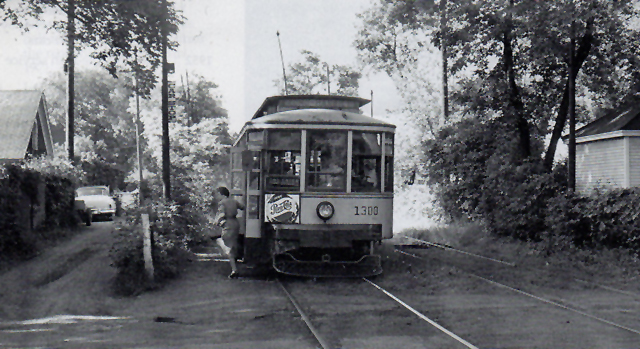 Streetcar stop in alley between James and Irving Avenues in the 1950s.

The Como-Harriet line must have been one of the most scenic routes in the city. Passengers enjoyed views of the lakes, a beautiful cemetery and residential areas on their way downtown. 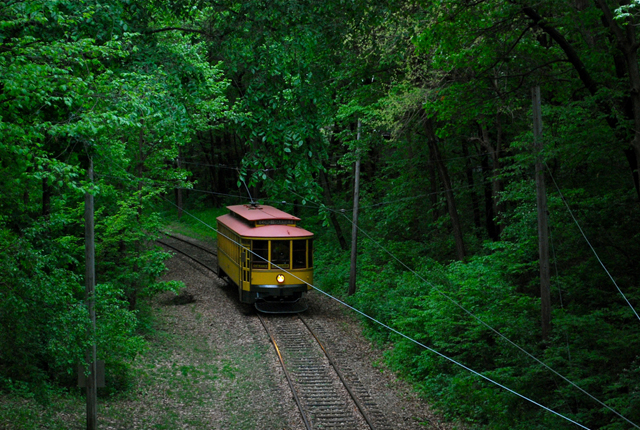 MinnPost photo by Steve DateCar No. 1300 travels between Lakes Harriet and Calhoun.

The Hiawatha line, our first light-rail train since the ’50s, has been successful. A second one, between the two downtowns, is now under construction and others are in the planning stages. I think about what we once had here and feel sad that it all had to be destroyed. But I guess good ideas have a way of coming back around.

I was at Lake Harriet last weekend and decided to take a ride. I thought about my mom and wondered if car No. 1300 might have been the one I rode on with her as a little guy. 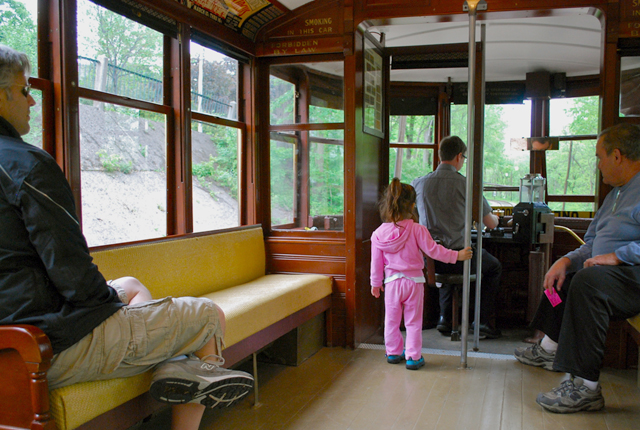 Thank you, Mom, for reminding me about my streetcar ride. Even though I don’t remember it, I haven’t forgotten. 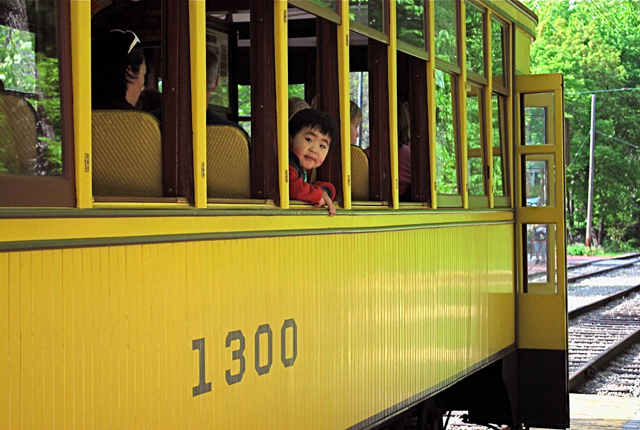