My dad taught me how to fish. Some of my earliest memories are of being out in a boat with him at mom-and-pop type resorts in northern Minnesota. He showed me how to use a spinning rod, tie knots, bait a hook with a chub minnow, cast for bass in the weeds and work a walleye jig off a sand bar. 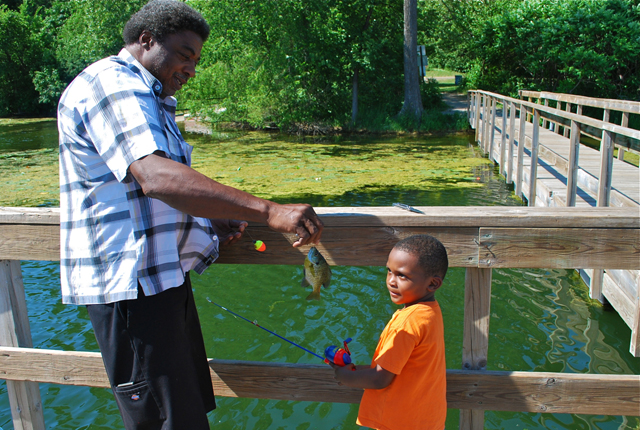 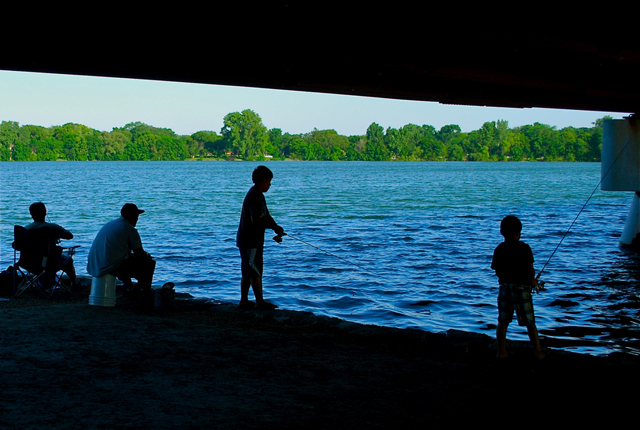 We didn’t usually catch many fish, though. My dad was never known as an early riser, and my mom used to needle him about how he was always heading out onto the lake in the heat of the sun just as all the real fishermen were coming in. 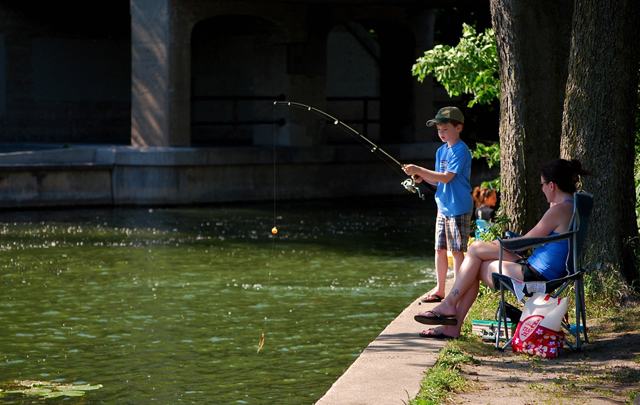 MinnPost photo by Steve DateThe channel between Lake Calhoun and Lake of the Isles. 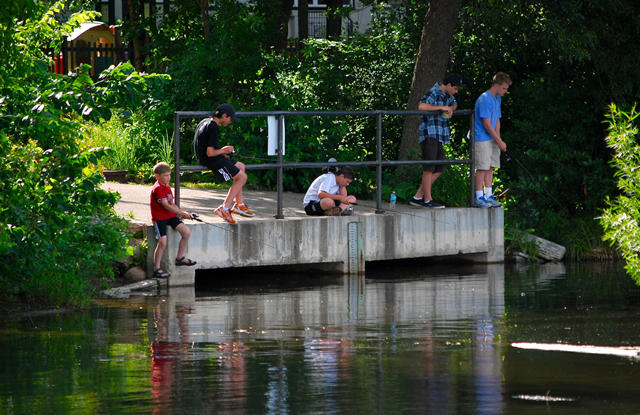 I have a photo somewhere of me when I was very small, holding up a northern pike. For years, I thought I had caught the fish that I was proudly holding up for the camera, only to find out Dad had recycled one he’d caught earlier and put it on my line when I wasn’t looking, so I could have the thrill of reeling it in. It was pure, dishonest deception of a little kid, of course, but I want to thank him for giving me that manipulated memory. 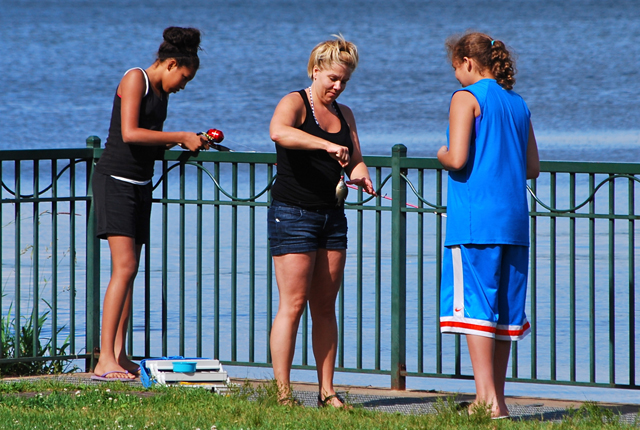 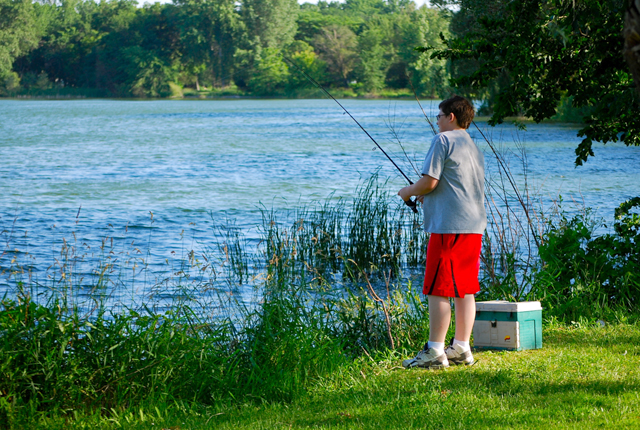 Last weekend was Take A Kid Fishing Weekend. It’s an annual event sponsored by the Minnesota DNR. Since I live in “The City of Lakes” in the “Land of 10,000 Lakes”, it wasn’t hard for me to find a few adults taking young people out to wet a line and perhaps create a few memories — fish or no fish. 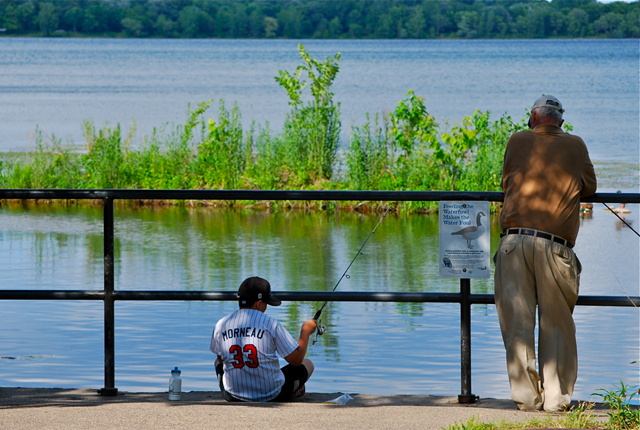 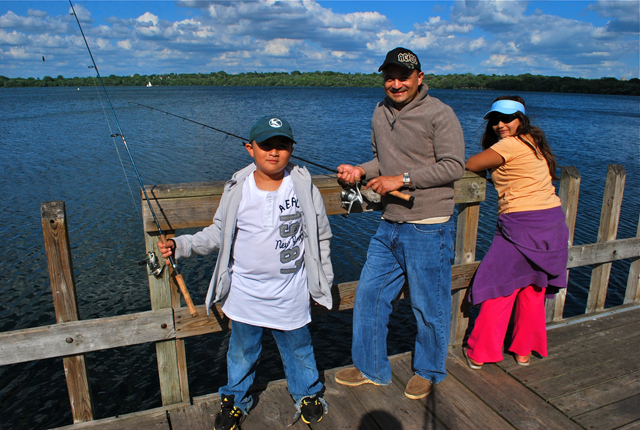 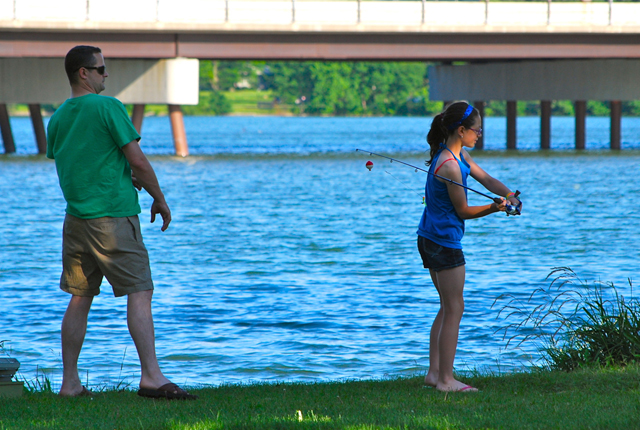