Punching Out the Lights

Brian Sostek and Megan McClellan’s energetic two-person show about a Depression-era apple seller tricked into becoming a boxer has been a hit since its 2002 debut, traveling the world Fringe circuit. They pull no punches, so to speak, mixing screwball dialogue with swing dance and primitive puppetry to make the kind of effortlessly charming show you can’t stop smiling about. Learn more at guthrietheater.org

WHAT: Heiruspecs and Wayne’s World

Wayne’s World, featuring Mike Myers’ film debut, is now 20 years old, hearkening to a more innocent age. Paired with music by the Heiruspecs, it’s a good way to start the weekend, a movie that relates to nothing but itself — pure comic escapism. Learn more at mplsmusicandmovies.com

WHAT: Hugh Laurie and the Copper Bottom Band

Hugh Laurie, known to most Americans as Dr. House, is a gentleman and a scholar. Educated at Eton and Cambridge (where he met Stephen Fry, later his TV comedy partner), he went on to star in Hollywood movies and television. But he never lost a childhood fascination with American blues and jazz. Having released a star-studded album last year, Laurie is now touring with a crack band and performing the sort of New Orleans staples that could cure even a curmudgeon like Dr. House. Learn more at hennepintheatretrust.org

A New Kind of Theater 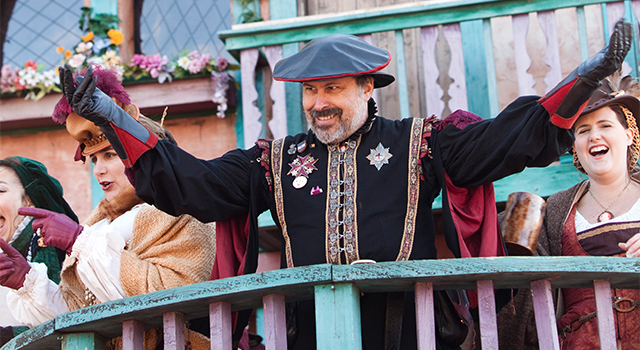 Given the rise of fantasy books and movies, plus a new openness about nerdy pleasures, you no longer have to sneak off to RenFest to get your fill of jousting, chain mail, and turkey legs. It’s unabashed geekery, with several new attractions this year, including human combat chess matches, a pub crawl, and a mermaid — or, at least, an attractive woman in a curvaceous tail. Learn more at renaissancefest.com

WHAT: The Homegrown Experience
WHERE: Nicollet Island Pavilion, Minneapolis
WHEN: 11 a.m. to 4 p.m.
Produced by the Minneapolis Park and Recreation Board, this food and wine tasting event focuses on sustainable, local products, with brewers, winemakers, and chefs demonstrating how to make the most of Minnesota ingredients. Learn more at thehomegrownexperience.com