The face of fashion is changing. 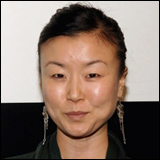 In the last ten years, a distinct demographic shift has taken place as Asian-American designers have ascended to the top tier of New York fashion.

The the influx of Asian talent is manifest even to me — a recreational follower of fashion trends.

I’ve never formally studied design or fashion and have never worked in the industry, yet when asked recently for examples of popular Asian-American designers, I quickly rattled off over a dozen:

I’ve heard these names so often, I even know how to pronounce them correctly. 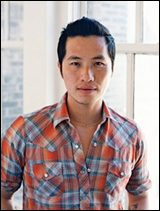 Given a couple minutes to search my brain, I come up with a handful more:

The ease with which the designers’ names roll off my tongue is evidence that there’s a new guard in American high fashion, where the last notable influx of design talent consisted largely of Americans of Jewish heritage.

Although Vera Wang and Anna Sui — who are both Chinese-American — broke barriers and gained prominence in the 1980s, the swell in successful Asian-American designers didn’t take place until the mid-to-late 2000s.

Over the past decade, prestigious schools such as Parsons The New School for Design and New York’s Fashion Institute of Technology have been flooded by students of Asian descent.

This year — by my count — an astonishing 31 designers of Asian descent are holding shows during fall Fashion Week.

(For those of you who don’t know, the Council of Fashion Designers of America Awards are like the Oscars of fashion. Times three. The glory and prestige of film honors are divided among the Oscars, Golden Globes and SAG Awards. The CFDA Awards are unrivaled.) 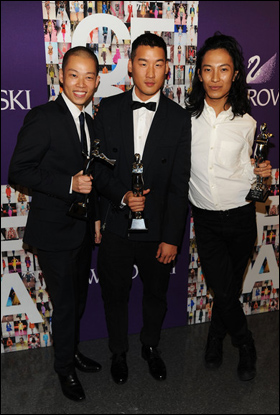 For the first time ever, all three recipients of the CFDA Best New Designer awards were Asian-American.

The largest scholarships given by the CFDA — each for $25,000 — also went to student designers of Asian heritage: Carmen Chen Wu, Jusil Carroll and Nicole Goh.

The CFDA itself, which had fewer than a dozen Asian-American members 15 years ago, now boasts 33 members of Asian descent.

The ultimate endorsement
Since the kick-off of the 2008 presidential campaign, Michelle Obama has increased the profile of Asian-American designers by wearing Prabal Gurung (born in Singapore), Thakoon and Jason Wu.

In fact, the First Lady has worn Thakoon and Jason Wu so often, she’s made them household names.

(Michelle Obama has given a boost to other lesser-known American designers such as Narcisco Rodriguez, Barbara Tfank and Isabel Toledo.)

Tell us your favorite up-and-coming designers in the comment section below.