The shoddy, the ineffective, the flat-out weird: Megan O’Neill at Social Times has assembled a list the five worst political campaign videos on YouTube. 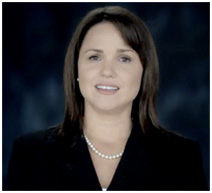 Christine O’Donnell’s “I’m You” promotional video proves that YouTube popularity isn’t always good for a political campaign. Her “I’m You” video has sparked dozens of ridiculous parodies, which appear alongside her own in the “YouTube Suggestions.”

Honestly, the majority of YouTube campaign videos — including those for John McCain, Christine O’Donnell and Dan Freilich — make it hard to take these politicians seriously.

Tell us your picks for worst political campaign videos in the comment section below.