This is the season of giving; according to the The Daily Beast, the Twin Cities give big. 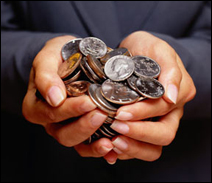