In a recent Huffington Post article, contributing blogger Christina Vuleta asserted that millennials are “a generation born for entrepreneurship with their extensive education, tech savvy and achievement orientation.”

The results of a national poll commissioned by Employers Holdings, Inc., seem to prove Vuleta right. 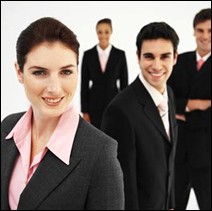 According to the poll, nearly half (46 percent) of millennials said they planned to start their own business in the next five years. Eight percent of 18-to-25-year-olds reported they had already started a business.

While the entrepreneurial inclination was highest among millennials, 35 percent of Gen X also intended to start a business in the next five years, compared with 25 percent of baby boomers and four percent of the silent generation.

Read the full report from Employers Holdings at PR Newswire. Read Vuleta’s article, “Millennials: Starting up or starting over in the face of recessionary pay gaps,” at Huffington Post.

Why does the millenial generation have such a strong orientation toward entrepreneurship? Share your thoughts in the comment section below.