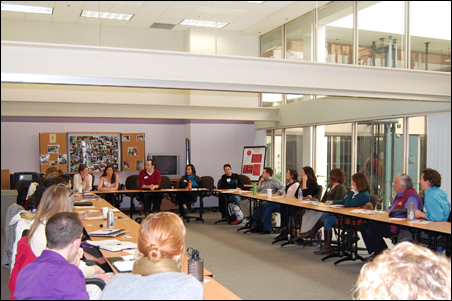 The luncheon was organized by Jenny Johnson, fund development manager at Aeon and leader of Aeon Connect, and Mike Marcotte, senior marketing coordinator at Big Brothers Big Sisters of the Greater Twin Cities and director of the BBBS Young Professionals Group.

“The impetus for organizing this conversation was that Mike and I were getting a lot of questions about our organizations’ YP groups,” said Johnson. “We wanted to arrange an opportunity to share our experiences creating YP groups and hear from other nonprofit staff who were facilitating these groups — find out what their challenges and successes have been.” 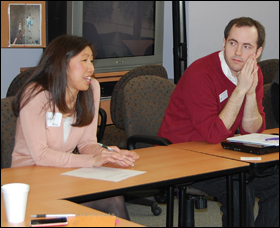 Although the event was geared toward nonprofits with existing young professionals groups, volunteers and employees from nonprofits interested in launching yp groups in the future also attended. Participating organizations included:

As the luncheon began, attendees introduced themselves and their respective YP groups and discussed best practices for maintaining a successful yp group within a parent nonprofit organization. 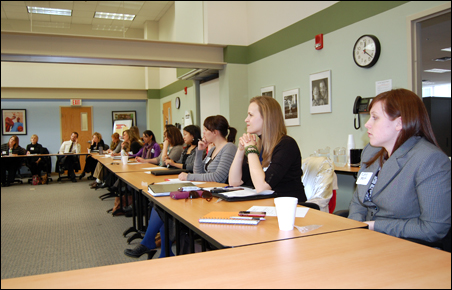 Facilitators of established YP groups shared the goals behind the founding of their groups and explained the groups’ leadership structures, whether it be a board of directors, steering committee, or leadership team.

Participants discussed the challenges of maintaining an active, engaged YP group. Leaders stressed the importance of recruiting dedicated, persistent, well-connected professionals to the leadership team of any YP group in order to ensure quality programming and large event turnouts.

Participants also exchanged methods for publicizing YP events, such as MinnPost’s YPN and the Pollen newsletter. Several nonprofits proposed possibilities for event collaboration amongst their organizations.

“I thought the event a really successful,” said Johnson. “There was a lot of great energy in the room; there’s clearly a lot of interest in engaging young professionals in nonprofits here in the Twin Cities.”

Johnson said she’s interested in setting up another roundtable discussion on YP groups at some point in the near future. 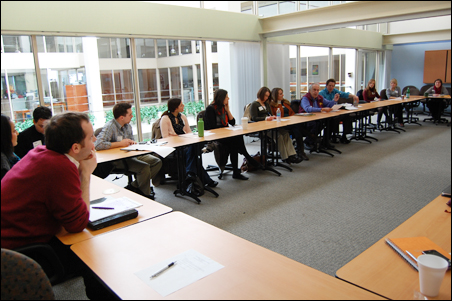