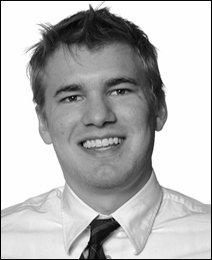 By day, Banovetz works as a Public Affairs Manager at the Minnesota Campaign for Achievement Now (MinnCAN), a nonprofit aiming to reform public education and helping close the achievement gap in Minnesota’s schools.

Skilled at mobilizing people and connecting key players to help create change in the fields of education, health care and the environment, Banovetz is best known for putting his talents to work as an organizer.

He pairs his talents with his his personal passions, too.

Banovetz currently serves on the board of directors for the Friends of the Boundary Waters Wilderness, sits on the resource and development committee of the preeminent early learning program Way to Grow, and serves on the emerging leaders and communications committees at Citizens League.

As an avid runner, Banovetz also chaired the media relations committee for Twin Cities Marathon, Inc., in 2008 and 2009.

Banovetz believes Minnesota is a remarkable place to live and is working to keep it that way!

Learn more of Banovetz’s story by watching his TOYM video:

Have you registered yet for the 2011 TOYM/OYF Awards Celebration on Saturday, Dec. 3? Early registration ends today!

Save some money and register now!

Stay tuned during the next two weeks as we feature profiles of each of the 2011 TOYM honorees. Up next: military serviceman Ross Alan Monten.