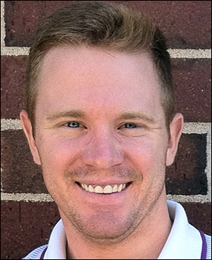 Monten, a serviceman since 2005, has excelled throughout his military and academic careers and has been recognized recurrently for his distinguished leadership.

After graduating high school in 2004, Monten applied to the U.S. Air Force; because of his history of cancer, it took a year to get the necessary waiver.

When the waiver finally came through in May of 2005, Monten enlisted and served at Minot Air Force Base in North Dakota, where he instructed military personnel on warzone techniques and nuclear operations.

While on active duty, Monten earned his two-year associate’s degree in 10 months, graduating with high honors.

In 2007, Monten volunteered for a deployment to Kirkuk, Iraq, earning four medals and ribbons while in combat.

During his time in Iraq, Monten began online courses toward a B.A. in Emergency and Disaster Management. Upon his return to Minot, Monten completed work on his four-year degree, again graduating with honors.

While enlisted, Monten embodied the Air Force’s core values of “integrity first,” “service before self” and “excellence in all we do,” receiving numerous commendations for his management, including a citation for outstanding leadership of a 16-man team for nuclear decontamination operations.

After serving on active duty for over three years, Monten was able to transfer to the Air National Guard at the Minneapolis-St. Paul Airport in 2008 in order to pursue a Master’s degree in public policy at the University of Minnesota’s Hubert H. Humphrey School of Public Affairs.

In 2009, Monten took a leave from the Humphrey School to serve with the Department of State in Washington, D.C.

In 2010, Monten temporarily relocated to London, where he earned a Master of Science degree with merit from the London School of Economics.

After returning to the U.S., Monten completed his Master of Public Policy degree at the U of M in 2011 — his fourth higher education diploma in just over four years.

Learn more about the TOYM program and the upcoming 2011 TOYM/OYF Awards Celebration on Saturday, Dec. 3, at Eventbrite.

Tickets are going fast, so get yours now! Help honor our state’s remarkable emerging leaders!

Stay tuned during the next two weeks as we feature profiles of each of the 2011 TOYM honorees. Up next: arts advocate Megan Leafblad, assistant director of international programs at MCAD.