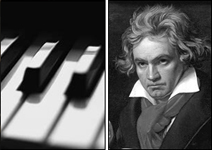 A substantial, single-movement piece first premiered in 2001, “Pastoral Symphony” is a contemporary take on the creative relationship of man-made music to the sounds of nature, a successor to the heritage ranging from Beethoven’s own 1808 work of the same name to Messiaen’s ornithological explorations.

Dean’s symphony will be followed by Brahms’ idyllic Serenade No. 2 in A major, a joyful take on the conventional serenade (which leaves out the standard violins) and a great favorite among audiences.

The program will finish with the incisive playing of acclaimed American pianist Jeremy Denk, soloist in Beethoven’s First Piano Concerto.

Praised by The New York Times for the “explosive ferocity and fragile delicacy” of his pianism, Denk has steadily built a reputation as one of today’s most compelling and persuasive artists, with an unusually broad repertoire. 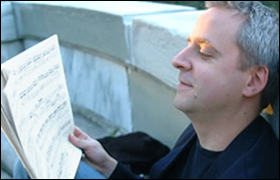 He has appeared as soloist with many major orchestras, including the Atlanta, Dallas, Houston, New World, St. Louis, and San Francisco symphonies, the Los Angeles Philharmonic, the Philadelphia Orchestra, Orchestra of St. Luke’s, Orpheus Chamber Orchestra and London Philharmonia.

Arrive early and get in on the pre-show Fanfare lecture! One hour prior to the performance, music scholars, the guest artist, conductor and SPCO musicians will talk about the music featured in the concert.

Learn more about the concert and purchase tickets.

Young professionals under age 40 who join the SPCO’s Club 20/30 can get $10 best-available seats for this concert, as well as other SPCO concerts at the Ordway in St. Paul and at Ted Mann in Minneapolis. To join Club 20/30, click here.