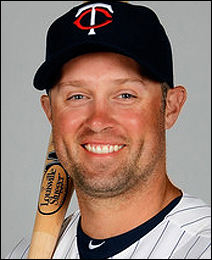 A free agent this offseason, Cuddyer has spent his entire 11-year Major League career with the Minnesota Twins.

Known for his versatility, Cuddyer has played more than 100 games at first base, third base and right field.

Earlier this year, he became the first Twins position-player to pitch since first baseman John Moses took the mound in 1990.

Also a dynamo at bat, Cuddyer led the Twins in batting average, home runs, on-base percentage, hits, runs, total bases and walks during the last season — and only trailed Danny Valencia by two for the lead in RBI.

A team leader both on and off the field, Cuddyer often goes to bat for charity.

He serves on the Board of Directors of the Twins Community Fund, a regional nonprofit that provides resources for the healthy development of children and families through associations with baseball, softball and the Minnesota Twins.

Through the TwinsFest and Autograph Party, Cuddyer has helped raise more than $280,000 for the Twins Community Fund.

Cuddyer is also a spokesman for Boys & Girls Clubs of the Twin Cities, delivering its local public service announcements and participating in annual fundraisers such as the Kids in the City gala.

In 2007, Cuddyer founded the Celebrity Waiter Dinner event to benefit Boys & Girls Clubs. Bringing his teammates together to wait on donors at Morton’s steakhouse in Minneapolis, Cuddyer has helped raise more than $250,000 in donations.

Cuddyer also volunteers with Cheerful Givers — a nonprofit that provides toy-filled birthday gift bags to food shelves and shelters so that parents living in poverty can give their children birthday gifts; the Minnesota Twins Winter Caravan — an extensive offseason team of current and former players that visits schools, hospitals, corporations and service clubs; and Cuddy’s Buddies, a community program he founded in 2006 to provide Twins game tickets to tens of thousands of economically disadvantaged youth from Minneapolis and St. Paul.

The recipient of the Twins Community Fund’s Carl R. Pohlad Award for community service, Cuddyer was nominated by his team for the 2011 Roberto Clemente Award, given annually to the Major League Baseball player who “best exemplifies the game of baseball, sportsmanship, community involvement and the individual’s contribution to his team.” 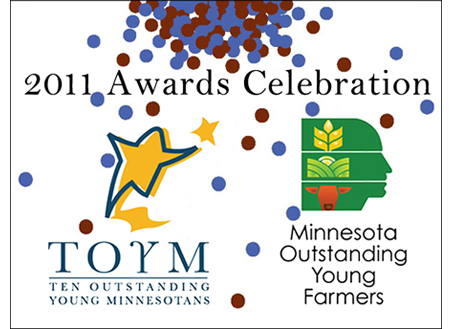 Want to learn more about this year’s TOYM honorees and meet them in person? Click here for details about this Saturday’s TOYM/OYF 2011 Awards Celebration!

Stay tuned during the next week as we continue to feature profiles of each of the 2011 TOYM honorees and Outstanding Young Farmer (OYF) finalists. Up next: social justice advocate, community organizer and civic leader Jeff Bauer.