With the Minneapolis Lakers’ last game in 1960 came the end of city branding in our state. Out were the names Minneapolis and St. Paul, and in came teams with a statewide moniker: the Twins, Vikings, Timberwolves, and Wild. 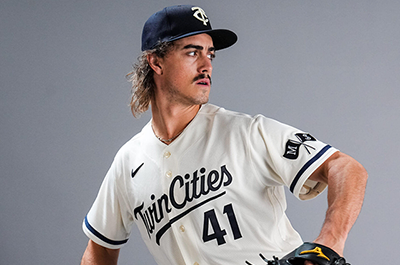 From a city government perspective, embracing the new legal-pot future might be a bit much for many elected officials, at least as it stands right now. 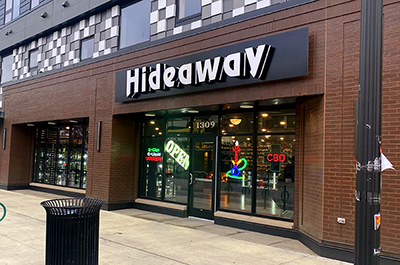 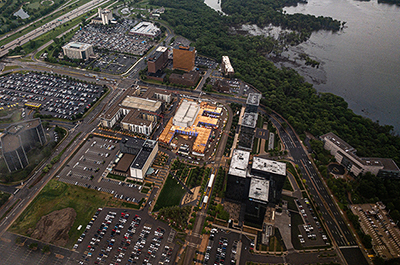 The crosswalk impasse is nobody’s idea of a good situation. That’s why it’s good news that St. Paul Public Works is reconstructing a half-mile of Grand Avenue, including the block through Macalester College. 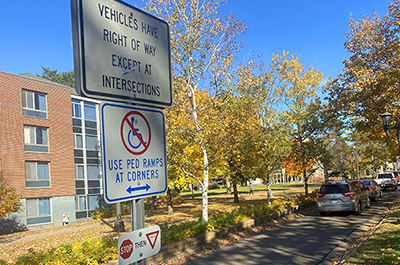 The lifespan of a Minneapolis street sign varies wildly depending on weather conditions — and drivers. 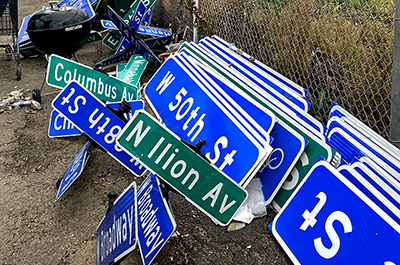 At the corner of 46th Street and Minnehaha Avenue, a landscape that was once gas stations, parking lots, and windowless warehouses resembles a real city. 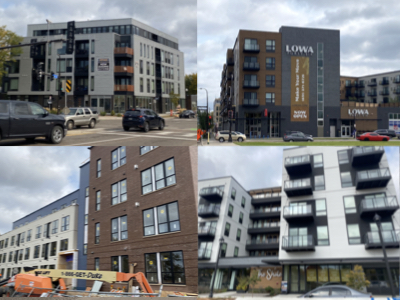 For many East African business owners, “Storefronts are culturally used differently, seen as something different than how we in our western capitalist society typically use them,” said Twin Cities artist and organizer Joan Vorderbruggen, who has spent last six months working with community businesses to improve the old storefronts. 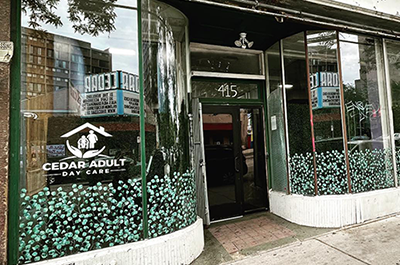 It’s rather a suitable irony that the Red’s property would become a home for Listening House, also an organization that has survived for decades despite seemingly all forces arrayed against it. 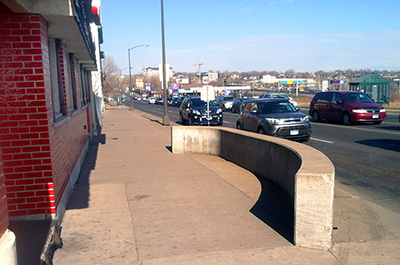 For well over a century, the small staircase connected people across St. Paul’s social and physical geography, attracting everyone from locals to tourists to joggers to Cathedral Hill’s fluctuating unhoused community. 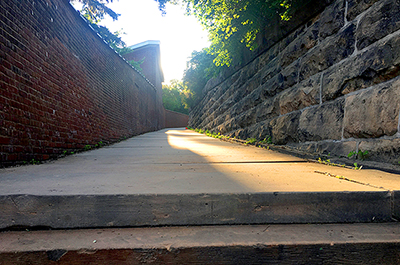 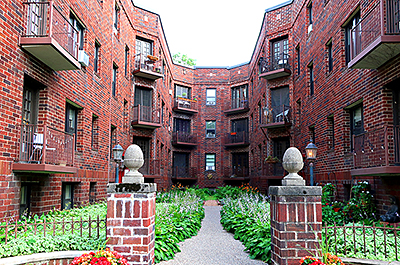 “The ghosts of racial exclusion are all around us,” author Chad Montrie said. “This doesn’t just happen in Edina or in Morningside or in Minnesota.” 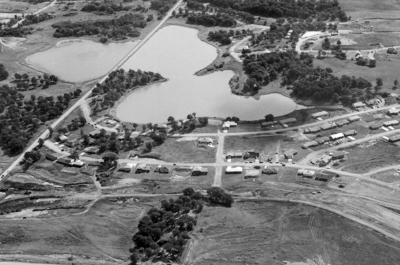 Right now, the only name for the creek at the center of the future Highland Bridge is “central water feature.” But don’t let the classically St. Paul-style boring name fool you:  It’s an  amazing new space and surely soon will be named after some notable. 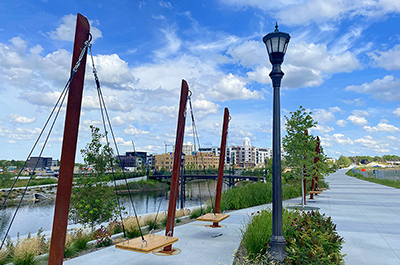 Build Back Better climate policies, originally proposed last fall, included a $900 tax credit for e-bikes, a provision missing from the legislation signed into law this week. 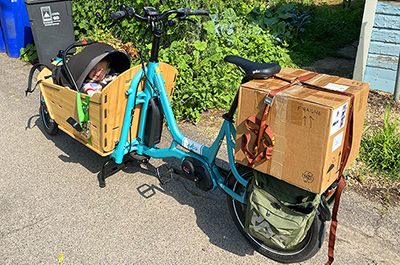 The Loring Park shuffleboard courts are one of the least likely spots in the Minneapolis vaunted park system. Whenever there’s action on the court, passers-by do double-takes, come up to the chain link fence and say, “What’s that?” 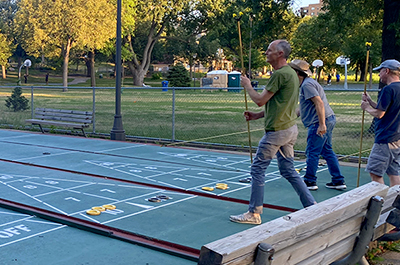 Like clockwork, the odd plaza along “7th Place” fills with rock music fans most weekends, and a corner of downtown St. Paul comes to life. 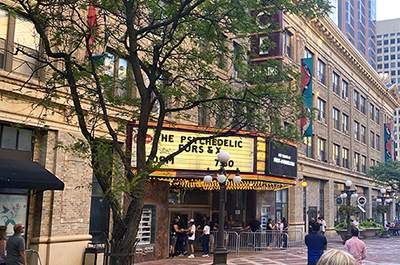 While driving extends our ability to move at high speed, it comes at the cost of almost every other kind of action. 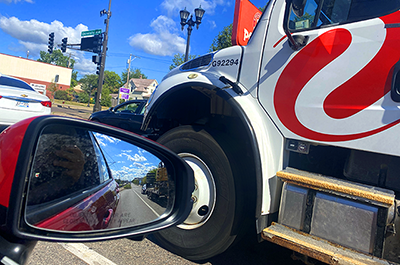 During the unrest (of 2020), fires were set in many of the buildings on the corner, and the Coliseum did not escape. Fires burned the interior and triggered extensive water damage in fighting the blaze. Two years ago, the massive, three-story brick complex was slated for the wrecking ball. 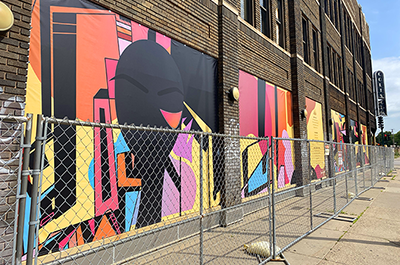 While the traffic diverters circumvent plans and process, did the Minneapolis Police Department hit upon a solution to the increasing problem of speeding, reckless driving and vehicular violence? 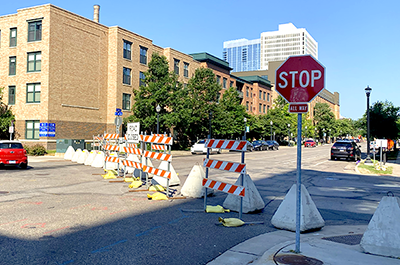 “Buy one, get one” promotion includes 16 different businesses in the Longfellow, Cooper, Howe and Hiawatha neighborhoods. 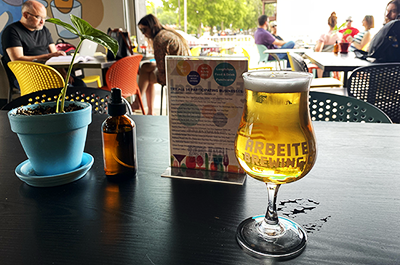 If built, the new arenas and ballparks would occupy all of the Canadian Pacific parcel, along with another dozen acres of Highland Bridge land currently owned by Ryan Companies. 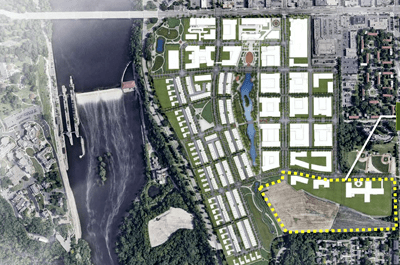