Seventy-eight years ago next week there was a meeting in Berlin that was extraordinary in the way that it was ordinary. Attending were dozens of leaders of business and government; men like Johann Ludwig von Krosigk, German Minister of Finance since 1932; Karl Blessing, a board member at the German central bank; Eduard Hilgard, a board member at Allianz insurance; and, Ernst Woermann, a longtime Foreign Office member and ambassador. They were attorneys and Ph.D.s in economics; they were professors’ sons and Rhodes Scholars; they were waxenly conscientious civil servants. 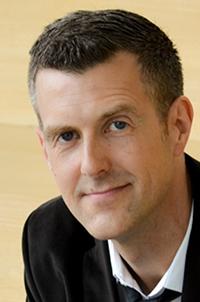 But if there were “ordinary” elite, those who summoned them to this meeting were members of the new elite, the Nazi elite: they were Hermann Göring and Reinhard Heydrich. On the agenda was coordinating the government and business response to Kristallnacht, which had just taken place. Ruins still smoldered after two days of fire, murder, and looting that targeted German and Austrian Jews. There were the matters of Jewish insurance claims to consider, redress to foreigners who’d had their property destroyed, and how to transfer ownership of Jewish shops to “Aryans.” As the meeting began, the participants fussed over the amount of property and sales tax revenue that Germany had lost due to the destruction of shops and warehouses, worried over the effects to the German stock market, fretted about the appearance of integrity in the German insurance industry.

The meeting at the new, brutally stark Aviation Ministry building took place in response to an unprecedented escalation in Germany’s persecution of its own citizens — Germans who were not real Germans. In the previous five years the Nazis had used the excuse of a fabricated left-wing plot to arrest their political opponents, homosexuals, Roma, and Jews. But Kristallnacht, a coordinated pogrom, represented the turning of a corner down a path few in Germany, so recently a liberal society, had been willing to imagine.

The meeting itself was like an uncanny one-act directed by a split personality. Several characters, including Göring and Heydrich, spat sociopathic lines about how they regretted that more Jews were not killed in the pogrom, described how the Jews were still trying to manipulate Germany. Many other characters acted with at least ostensible rationality in terms of economics, law, and foreign relations.

Observers have long identified this aspect of the Holocaust: that it was sometimes enacted in scenes that had a veneer of normalcy, like a fever dream in which ordinary people coolly engage in perversities. That is part of the reason that we constantly return to it as a focus of study, no matter how much is written about it, no matter how disturbing. If before these years Germans were at the vanguard of science and technology, of art and liberal culture, how could they have done this? Did they always hold the secret kernel of fascism and genocide within them? We naturally extend the question: Do our neighbors and co-workers hold that same kernel, overlaid with only a veneer of enlightened normalcy?

For over a year, now, American observers have been freely drawing comparisons between the Trump movement and the fascists of 1930s Europe. To the historian they can’t be identical: The differences in historical contexts are vast, making the manifestations vastly different. Yet Trump argues that the country has suffered humiliation while being besieged from without and within. He encourages violence among his followers and promises vengeance against both his political opponents and groups that have been robbing from real Americans. He has identified a race/religion that is not welcome in the country and that needs special policing on a new scale. He’s said that he might reject the election’s results. Trumpism isn’t the Nazi party’s fascism of 1938; it’s something new — but that’s small comfort.

Movement of the aggrieved

A few thousand voters in four or five states potentially stand between America and a Trump presidency (backed by a Republican House). If he loses, he’s more or less promised to lead a new movement of the aggrieved. And one realistic outcome is for a Trumpist candidate — perhaps a more disciplined and subtle Trumpist candidate — to run for president in four years. It is past time to ask whether American bureaucracies, institutions, and officeholders are immune to Trumpist extralegalism.

Are nongovernmental elites in industry or finance impervious? Do the news media provide a safeguard? (The same news media whose mores inhibited calling Donald Trump’s lies lies for over a year?) Departments, bureaucracies, and institutions are not machines: At their centers are people. Under a Trumpist administration individuals would have to decide whether to follow the law of the Geneva Conventions (“I would do a lot worse than waterboarding”). Ordinary people would have to decide whether to respect the U.S. Constitution’s First Amendment clauses on the free exercise of religion (“nobody wants to shut down religious institutions [mosques] or anything, but…we’re going to have no choice”) and freedom of the press (“we’re going to have to open up those libel laws”). Individual men and women in the military would need to decide whether they will deliberately target children (“you have to take out their families”). Judges and law enforcement would have to decide whether to investigate Trump’s imagined enemies alleged to be acting on the basis of their racial identities (“we’re in front of a very hostile judge … who happens to be Mexican …the judges in this court system, Federal Court, they ought to look into Judge Curiel”).

Would Americans stand up?

Would American officeholders, business leaders, and officers stand up to these orders when their careers, status, or security is on the line? Would they stand before the powerful machinery of their bureaucracies or divisions, which exert their own kinds of compulsions? Do we imagine that we Americans have more personal integrity or courage than those who grew up in liberal Germany, a place that aspired to pluralism, democracy, and political compromise before its dissolution? If they found themselves in a meeting like the post-Kristallnacht conference led by unhinged figures, but largely populated by ordinary officials, could the American of 2020 stand up and try to wake everybody from the fever dream before it became a waking-world massacre?

At the end of that early November 1938 meeting Göring tore the last thin scrap of German normalcy with his concluding words: “If, in the foreseeable future, the German Reich should come into conflict with foreign powers, it goes without saying that we in Germany should, first and foremost, come to a final reckoning with the Jews.”

The nightmare world was made real and within the next year Germany thrashed out of its borders while it devoured its own people. First she struck Czechoslovakia, then Poland; then Denmark and Norway. Meanwhile, the regime began euthanizing those judged disabled. More and more of Germany’s liberals, gays, and Jewish citizens were arrested and placed in labor camps. Then, Germany tore into the Netherlands and France, with her new ally, Italy. And Germany expanded her campaign to isolate and, soon, remove the Jews of all of these newly conquered lands.

By the end of 1940, one attendee of the post-Kristallnacht conference, the dutiful Foreign Office civil servant Ernst Woermann, had risen to the very highest echelon in his department. And in the first year of the war he worked diligently to advance his country’s ever-expanding aims: negotiating with its Russian allies, the Italians, and Germany’s newest ally — though officially neutral — Vichy France. Before long, it also fell to him to sign off, with a careless wave of the pen, on the deportations of thousands of Jews from Vichy France to southern Poland, to an obscure place called Auschwitz.

John Broich, Ph.D., is an associate professor of history at Case Western Reserve University. He divvies his time between Cleveland and his native Minnesota.