Arts & Culture
Arts Arena
This content is made possible in part by the generous sponsorship support of The University of Minnesota.
June 17, 2010

The Twin Cities Jazz Festival was gasping its last in late 2008. The economy had tanked, the festival’s sponsors had pulled out, and it seemed that a 10-year tradition would end.

Then the city of St. Paul offered to help, provided the festival became exclusively a St. Paul event. For 2009, the organizers were able to book New Orleans legend Allen Toussaint and rising star Esperanza Spalding. Thousands came to Mears Park, including Prince, who listened to Spalding from his limo.

This year’s lineup is jaw-dropping, worthy of attention from national press that cover jazz festivals in New York and New Orleans. Salted among the big names — like that of Joe Lovano, who won Tenor Saxophonist, Small Ensemble, and Record of the Year awards at Monday night’s Jazz Journalists Association awards — are popular hometown musicians and groups and student bands. And it’s (almost) all free.

If you plan to go, the best place to start is on the festival’s website, where you can download a schedule (click SCHEDULE in the purple menu bar near the top) or view a digital version of the entire 32-page program (that would be the NEW DIGITAL PROGRAM CLICK HERE button).

If you have the time and the inclination, jump in and enjoy the whole thing. Start today with “Jazz Night Out,” featuring music in Mears Park and in clubs all over Lowertown and St. Paul: the Hat Trick, the Black Dog, Barrio, the Artists’ Quarter, Mancini’s, Camp Bar and more. You can get going at 4 p.m. with KBEM’s “Jazz After Work” social at Barrio, where jazz pianist Tanner Taylor will perform, and stay out after midnight bouncing from club to club. The music begins again on Friday at 4 p.m. and continues in clubs until the wee hours. On Saturday, the music starts at noon and moves to the clubs when Mears Park closes at 10.

If you must choose, here’s a MinnPost mini-guide.

Thursday, June 17: “Jazz Night Out”
• Artists’ Quarter: Stride Piano Night with Jon Weber,  Butch Thompson and Paul Asaro. This show happened two years ago at the Dakota, when jazz fest was still held in both cities. It was thrilling. Three stride masters on two pianos. Sometimes one plays, sometimes two, sometimes all three, with a bit of musical benches in between. Old-timey goodness with a modern edge. Note: This is not a free event. Artists’ Quarter, 408 St. Peter St. (in the basement of the Hamm Building), St. Paul, 8:30 p.m. to midnight ($10). 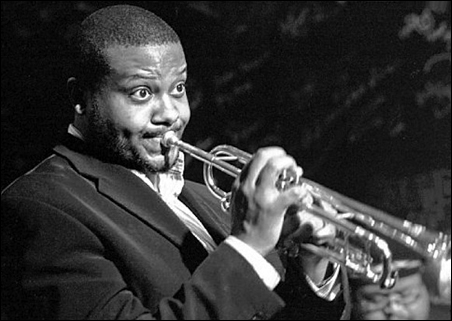 Friday, June 18: Jazz Festival Day 1
• Sean Jones. The former lead trumpeter for the Jazz at Lincoln Center Orchestra (his final official concerts with the band were last month), Jones now heads the Cleveland Jazz Orchestra and the Pittsburgh Jazz Orchestra, teaches at Duquesne and leads his own quintet. That exceptional group of players — Orrin Evans on keys, Brian Hogans on alto sax, Luques Curtis on bass, Obed Calvaire on drums — will join him at the festival. They go into the studio for their next recording immediately after the festival, so expect exciting, brand-new material. Here’s an interview with Jones from earlier this year. Mears Park Main Stage, East Fifth Street and Sibley, St. Paul, 6 to 7:30 p.m. 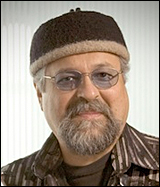 • Joe Lovano. Sax giant Lovano in a small city park is a very big deal. In a career spanning more than 30 years, he has performed with most of the major jazz artists of our time, won a ton of awards (including a Grammy) and recorded dozens of albums. He’ll play here with James Weidman on piano, Peter Slavov on bass, and two drummers, Otis Brown III and Francisco Mela. Mears Park Main Stage, East Fifth Street and Sibley, St. Paul, 8:30 to 10 p.m.

Saturday, June 19: Jazz Festival Day 2
• Bobby Watson. He’s not one of the festival’s official headliners, but he deserves to be. Alto saxophonist, composer and educator Watson is one of the greats. He began his distinguished career as musical director of Art Blakey’s Jazz Messengers and later launched his own group, Horizon, with bassist Curtis Lundy and drummer Victor Lewis. His new band also includes Lundy. I’m not sure who Watson will play with at the festival, but you won’t be disappointed either way. Mears Park Main Stage, East Fifth Street and Sibley, St. Paul, 4 to 5 p.m. 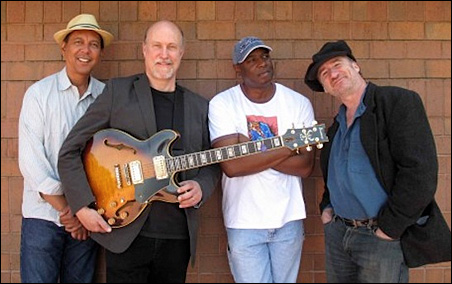 Insider’s tips:
• On Saturday afternoon, Lovano will hold a free clinic at McNally Smith College of Music from 1:30 to 2:30 p.m. I don’t play saxophone and never will, but I attended a Lovano clinic at a jazz conference in New York a few years back and it was fascinating. Casual, conversational, warm, informative, and a rare chance to spend an hour just hearing him talk and play.

• The Artists’ Quarter will most likely be the place many festival artists and fans go after Mears Park empties out Friday and Saturday. Festival favorite Jon Weber is scheduled there both nights, and anyone could show up to play along. Pay the cover ($10) and take your chances. It’s a party.

• One thing the festival organizers have not dealt with is the parking and traffic situation in St. Paul during construction for the central corridor LRT. The map on the website looks like Happy Parking Land. If you have been downtown St. Paul during the past few months, you’ve seen the closed roads, bagged meters and heavy equipment. If you’re coming in from the suburbs or beyond (and I hope plenty of you are), you may find it confusing and frustrating. (I live in Minneapolis and get lost in St. Paul even when the roads aren’t torn up.) The festival is compounding the traffic flow problems by closing Sixth Street between Wacouta and Sibley starting Friday.

• The wise ones at the Metropolitan Council have created maps showing the current state of affairs so you can plan accordingly. Go here, look under Construction, and click on “June 11- St. Paul: Map of downtown St. Paul utility work” for a printable PDF.

Pamela Espeland keeps a Twin Cities live jazz calendar, blogs about jazz at Bebopified and tweets about jazz on Twitter.

A jaw-dropping lineup: your guide to the Twin Cities Jazz Festival