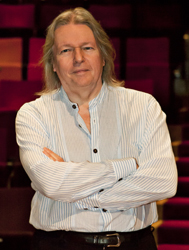 Shades of 2009’s Tony Kushner extravaganza: The Guthrie has announced the lineup for this fall’s celebration of British playwright, screenwriter and director Christopher Hampton. If his name is new to you, think of the film “Atonement” starring Keira Knightley and James McAvoy; that was Hampton’s adaptation of Ian McEwan’s novel. Or “Dangerous Liaisons” starring Glenn Close and John Malkovich; that was based on Hampton’s play.

The Guthrie’s lavish Hampton love fest will include an original commission of “Appomattox,” a new play based on Hampton’s original 2007 collaboration with composer Philip Glass; “Tales From Hollywood,” about the lives of European writers and intellectuals who fled Nazism by relocating to Los Angeles; and “Total Eclipse,” on the relationship between Arthur Rimbaud and Paul Verlaine. (“Total Eclipse” made it to the big screen in 1995, with Leonardo DiCaprio and David Thewlis.) Also a master class, a conversation with the Guthrie’s artistic director Joe Dowling, a Continuing Legal Education (CLE) session, and screenings of “Atonement,” “Dangerous Liaisons,” and “Carrington” (adapted and directed by Hampton).

Now a much-loved Twin Cities tradition, VocalEssence’s annual WITNESS concert comes to the Ordway this Sunday, Feb. 19. Begun in 1991 to celebrate the artistic contributions of African-Americans to the fine arts and to our common cultural heritage, WITNESS has grown into a star-studded event featuring internationally known composers and performers. A few names from the past: James Earl Jones, Dr. Billy Taylor, Sweet Honey in the Rock, Bobby McFerrin, Patrice Rushen. Concerts include new works commissioned by VocalEssence and seldom-heard works by African-American composers. 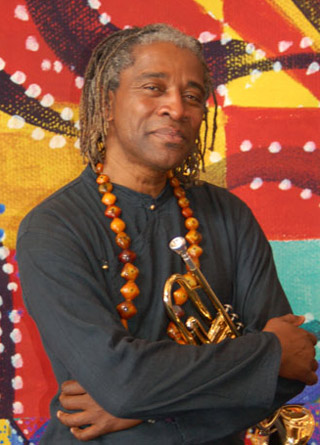 This year’s program features the world premiere of “In the Spirit of Being” by Grammy-nominated trumpeter and composer Hannibal Lokumbe, dedicated to the Vietnamese Buddhist monk and peace activist Thich Nhat Hanh. It also includes songs from South Africa, Kenya, Cameroon and Ghana and an opening procession with the royal drums of Ghana.

A WITNESS Concert is a beautiful thing, uplifting and inspiring. A good way to start the week. It draws a diverse crowd, with lots of kids; the concert is held on a Sunday afternoon so children can attend. 4 p.m. Sunday, preceded by a pre-concert conversation with Lokumbe at 3. Tickets here.

As reported earlier this week by MPR, NPR, and the LA Times, President Barack Obama’s proposed budget for 2013 includes a 5 percent increase for arts and culture, to $1.576 billion. If the budget passes (big if), the Smithsonian gets a bump ($856.8 million) to help with the African American History Museum, National Zoo and American History Museum. Funding for both the NEA and the NEH is restored almost to where it was before last December’s cuts, which followed earlier reductions in 2011.

The Kennedy Center loses $883,000; let’s hope Jason Moran can still afford to serve as artistic adviser for jazz, a position to which he was appointed last November.

A thoughtful piece on the arts website ARTINFO points out that the NEA’s $154 million amounts to 49 cents per person in the United States, and that small towns and communities across the U.S. benefit most from NEA grants.

I can’t help thinking about an article I read on ARTINFO a few months back, about a new cultural funding program proposed by the European Commission called “Creative Europe.” Between 2014 and 2020, the EU would increase its spending on arts and culture by 35 percent. About half the projected $2.4 billion would go to the film industry, but millions would go to promoting the visual and performing arts and backing loans to artists. It seems the Europeans have been deluded into thinking that arts and culture have real social and economic benefits. Meanwhile, Mitt Romney is promising that if elected, he’ll eliminate all federal funding for PBS and the NEA.

According to the Minnesota Housing Partnership, one-third of Minnesota households spend more than 30 percent of their income on housing; one in seven pay more than 50 percent of their income for a place to live. “Homes for All,” a new documentary produced by TPT, looks at the need for sustainable, affordable housing choices in Minnesota and features three housing developments: Quarry View in Apple Valley, Forest Ridge Townhomes in Forest Lake, and Hope Communities in the Franklin/Portland avenue area of Minneapolis. Airs at 8 p.m. Sunday, Feb. 19, on the Minnesota TPT Channel, Twin Cities Public Television, and other public TV stations around the state. Check local listings.

The Walker blogs give us a peek at the installation of “Lifelike,” the new exhibition of artworks based on everyday objects. Like Robert Thierren’s giant card table, just under 9 feet tall, and four folding chairs to go with it. (Paul Bunyan, call your poker pals.) Works by 55 artists span the late 1960s to the present. Expect to be engaged and pleasantly disoriented. Opens Feb. 25, runs through May 27. Walker After Hours party Feb. 24, opening-day talk with curator Siri Engberg, “Lifelike” artist James Casebere, and “Art in America” editor Michael Duncan.

The Jazz at Studio Z series has announced its spring lineup. Curated by guitarist Zacc Harris, held in the Lowertown performing space of the new music organization Zeitgeist, the series launched in September 2011 with the Dave King Trucking Company. It features area jazz bands playing mostly new music in a bonafide listening room, so you can actually hear what they’re doing. Concerts are at 7 p.m. on Saturdays, $10 at the door; open rehearsals/workshops are at 4 p.m. and free to the public. Coming up: Atlantis Quartet (City Pages’ Best Jazz Artist 2011) on Feb. 25, the Doug Little Quartet on March 31, Dean Magraw’s Red Planet on April 28, and a Young Lions Showcase (Adam Meckler Quintet, Miguel Hurtado Group, Max Corcoran Project) on May 26. All at Studio Z. 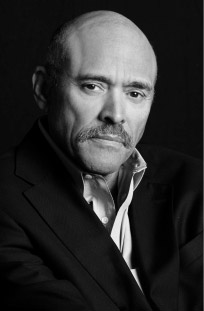 Courtesy of the Penumbra TheaterLou Bellamy

USA Today recently published a list of 10 reasons to visit Minneapolis-St. Paul. It’s more authoritative than most because it’s written by a person who actually lives here, not someone who just breezed through. (The next time Tony Bourdain comes to the Twin Cities, perhaps he could make time for more than Piccolo.) Among the arts draws cited by writer Amanda Fretheim Gates are First Ave, the MIA, the Hennepin Theatre Trust, public art (IMHO we could do better in that area), and our numerous authors and screenwriters, past and present.

We’ve been reading Jon Spayde’s responses in The Line — what he calls his own list of “lovable, visitable, enjoyable things that are less well known, or at least less often listed.” I learned more than a few things from Spayde. Take a look here and here.

Two items from Spayde’s list: (1) The American Museum of Asmat Art at the University of St. Thomas. Turns out St. Thomas has an important collection of art from the Asmat people of Papua/New Guinea. The museum opened to the public on Feb. 13. On Thursday, Feb. 23 at 6 p.m., there’s an opening reception and talk. (2) Friday and Saturday, Feb. 24 and 25, Japanese-born dancer and choreographer Kats D performs an evening of solo butoh at Fallout Arts Initiative in Minneapolis. Video preview here.

MPR has announced its spring season of “Wits” at the Fitz. It’s a lineup that guarantees a lot of laughs. Comedy stars include SNL’s Tim Meadows, Conan’s Andy Richter, and the master of deadpan, Fred Willard (three words: “Best in Show”). Among the musical guests are our own Dan Wilson (who just won a Grammy for his work with Adele), singer/songwriter Aimee Mann, and beatboxer Reggie Watts. Season tickets are now on sale. Tickets for individual shows are available starting at noon on Tuesday, Feb. 28. Box office: 651-290-1200.

For you, arts organizations: These days, it’s all about brand. Your brand is what sets you apart from other organizations. It’s an essential part of communications and fundraising. What’s your brand message? The Metropolitan Regional Arts Council (MRAC) has scheduled a free workshop called “Guiding Your Organization’s Brand” that will focus on five ways to get the most out of your brand identity. Wednesday, Feb. 22, from 3–6 p.m. Free. Register here.