Late-breaking news: Anne Waldman has just won the PEN Center USA 2012 Poetry Award for “The Iovis Trilogy,” also published by Coffee House. Settle down up there in Northeast, will you?

On Sept. 14, on the eve of his show with St. Vincent at the State, David Byrne will talk with the Current’s Steve Seel about his new book, “How Music Works,”  at the History Theater on the campus of McNally Smith. Tickets on sale at 9 a.m. today (Friday, Aug. 17) here.

Minnesota Citizens for the Arts has announced its first round of Arts All Stars, legislators who helped the arts in the 2012 session. Sen. LeRoy Stumpf, DFL-Plummer, has been a friend to the arts through his long career in the Legislature. Sen. Bill Ingebrigtsen, R-Alexandria, chair of the Legacy Committee, prevented legacy funds from being diverted to stadiums. Gentlemen, we salute you.

Opening tonight at the Guthrie: “Trick Boxing,” once a raves-winning Fringe show (2002), now ready for the Dowling. David Danielovich (Brian Sostek), indebted to a street tough who saves his life, becomes a boxer to pay him back. During training, he meets a dancer named Bella (Megan McClellan) who shows him a few moves. Sostek and McClellan are also the writers, directors, and choreographers; each plays multiple roles. If you’ve seen this charismatic couple dance, you know you’re in for a treat. FMI and tickets.

Opening tonight at the Landmark Edina: a film that has won awards and drawn a lot of national press including a review and a “Weekend Edition” story on NPR. “Searching for Sugar Man” is a documentary about a Detroit-based musician named Rodriguez who tried and failed to make it in the late 1960s and early 1970s. Meanwhile, he developed a huge following in South Africa, about which he had no clue. The film chronicles his fans’ search for him and his “comeback” in the late 1990s and early 2000s. Here’s the trailer.

According to the Atlantic, the Minneapolis-St. Paul-Bloomington metro area is one of America’s top centers for musicians and the music industry. We’re #10; Nashville-Davidson-Murfreesboro-Franklin (TN) is #1. Using data from the Bureau of Labor and the U.S. Bureau of Economic Analysis, a new Metro Music Index measures the concentration of musicians and music-related businesses in a particular region, not the vibrancy, impact, or quality of artists. We’re not quite sure what it all means but will indulge in feeling warm and fuzzy about our top-tennishness (above Austin, Chicago, and Detroit, BTW).

As we submit for your approval four more music festivals in a summer that seems like one endless jam-band tune, keep in mind that it’s not long before patios close, windows and doors shut, furnaces click on, snow falls, and we’ll wish we could stand in a parking lot or street somewhere, sweating and holding onto a beer and dancing to live music. 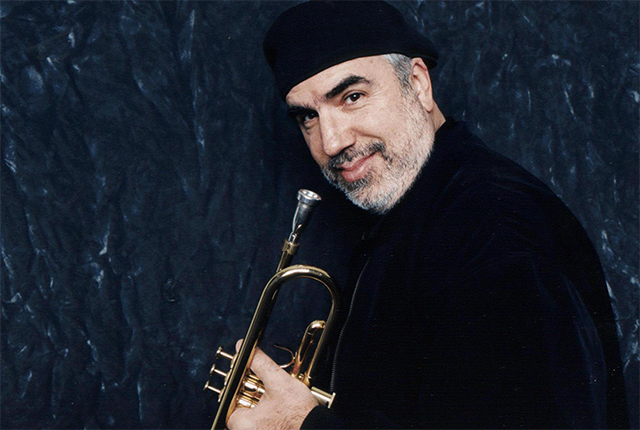 Saturday, Aug: 18: Burnsville’s 9th Annual Art and All that Jazz Festival. What was for years a smooth-jazz snoozer has stepped it up significantly. The headliner is multiple Grammy winner Randy Brecker, one of the famed Brecker brothers (with his younger brother Michael, who died from leukemia in 2007). Randy is a respected hard-bop trumpeter who can play pretty much anything (he got his big start in Blood, Sweat & Tears, then spent a year with Horace Silver’s quintet). Working up the day’s schedule: the fusion quartet Super Pilots, the nine-piece Latin group Charanga Tropical, led by Cuban-trained saxophonist Doug Little (who also helms Seven Steps to Havana), the Hot Swing Combo (with Robert Bell on guitar, Erin Schwab on vocals), and the Dakota Combo, a group of elite high-school musicians worked hard by MacPhail jazz coordinator Adam Linz. The Combo starts things off at 12 p.m. in Nicollet Commons Park. Free.

Sunday, Aug. 19: “Augtoberfest” at Tilia is being billed as a block party, not a music festival, but the list of bands performing –Honeydogs, Lucy Michelle (solo), Javier and the Innocent Sons, King Edward VIII – bumps them to here. Supposedly there’s a secret new beer from Harriet Brewing. On 43rd Street in Linden Hills. 1 p.m. – 7 p.m. 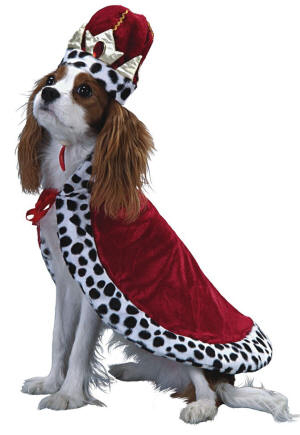 Courtesy of the Renaissance Festival

Yesterday the University of Minnesota hosted the International Cold Climate Wine Competition, where a panel of 21 experts tasted and judged more than 325 wines from commercial wineries in 12 states and Canada. The U of M has developed several of the cold-hardy grapes used to make the wines. Which Minnesota entry took top honors and the Minnesota Governor’s Cup? The 2011 La Crescent from Four Daughters Vineyard and Winery in Spring Valley. A sweet wine with an “intense nose of apricot, peach, and citrus. . . reminiscent of  a Riesling.” The same wine also won Best of Show for the  top white wine.

Not to make this the Booze Issue, but while we’re on the topic, Jesse Held of Eat Street Social has been chosen as the Minneapolis finalist in Bombay Sapphire’s Search for the Most Inspired Bartender. In September he’ll travel to Las Vegas to compete for the top title against 52 top mixologists from across the US. Held’s winning recipe: the Saiya Nara Sling. (An iSi container, if you don’t know – I didn’t – is a whipped-cream maker.)

Combine all ingredients into an iSi container and add CO2 and shake. Strain into stemmed glassware with ice and garnish with a watermelon cube dusted with crushed peppercorns.

The 5th Annual Minneapolis Underground Film Festival (MUFF) opens today (4:30 p.m.) at the St. Anthony Main Theater with a free selection of trailers and shorts, then continues through Sunday with some 20 films from the U.S., Australia, India, Germany, China, and other far-flung places, including several premieres. This year’s topics include tattoos, the Ganges, murder fantasies, the occult, record collecting, and malaise. Program here. Tickets here.

Maybe because the Film Society’s showing of “Roman Holiday” (the Audrey Hepburn-Gregory Peck film) nested so neatly with the Guthrie’s “Roman Holiday” (the musical), the two have formed a partnership. On Sunday, Aug. 26, the Film Society launches a David Cronenberg Retrospective inspired by the Guthrie’s fall director in residence, Christopher Hampton. Hampton will be present for a Q&A at the Monday, Sept. 24, screening of “A Dangerous Method,” for which he wrote the screenplay. FMI and tickets.

There’s still time for beach reading. Luckily, two Minnesota authors will stop by Once Upon a Crime in the next several days. On Saturday at 1 p.m., Jeffrey B. Burton will sign copies of his new book, “The Chessman,” about a serial killer displeased by a copycat and the ex-FBI agent who takes the case. On Tuesday at 7 p.m., William Kent Krueger will read from and signs “Trickster’s Point,” the tenth in his New York Times bestselling Cork O. Connor series.

Courtesy of Third Place GalleryCobe Williams in a scene from the movie “The Interrupters.”

On Sunday night: a screening of “The Interrupters,” the acclaimed documentary from Steve James and Alex Kotlowitz about three “violence interrupters” who try to protect their communities from the violence they once employed. Filmed during a year in Chicago when the city experienced a series of high-profile incidents, it’s a look at one way to approach the violence in cities including our own. Here’s the trailer. The film ran at the Lagoon last September. For this one-night-only event, Steve Floyd, a former Chicago South Sider who now lives in Minneapolis and works to disrupt cycles of violence, will moderate a community discussion. 7 p.m., The Third Place Gallery, 3730 Chicago Ave. S., Studio B in Minneapolis. Suggested donation $5 – $10.

Monday is the final installment of this year’s Summer Music & Movies at the Walker, and it promises to be one of the most interesting. The band Brute Heart has been commissioned to perform an original score to the silent classic “The Cabinet of Dr. Caligari.” If you happened to hear Marc Ribot play his solo guitar score to Charlie Chaplin’s “The Kid” at the Cedar last year, or trumpeter Kelly Rossum lead a jazz band through his soundtrack to the 1920 silent “Dr. Jekyll and Mr. Hyde” at MacPhail the year before, you’ve seen how the addition of brand-new music can transform a film. Walker Open Field, dusk (8:45 p.m.-ish), free. FMI. Here’s Julia Caniglia’s interview with the band.