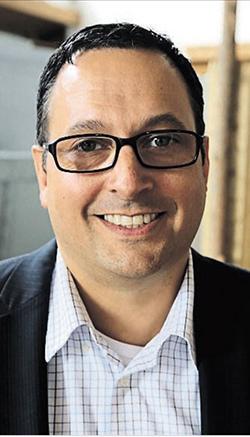 The Bakken Museum has named Michael Sanders its new executive director, following the retirement of Dr. David Rhees, who stepped down in September after serving as ED for 23 years. Sanders is a Minnesota native, educated at Hamline and Minnesota State University in Moorhead, who began his career in museums at the Science Museum of Minnesota. From there he went to the Cleveland Museum of Natural History as director of operations, and then to Dubuque County Historical Society as its ED, increasing overall attendance, revenue and STEM programming, partnering with area schools and nonprofits. So let’s welcome him back home. Sanders starts work Dec. 1 at the mansion on the west shore of Lake Calhoun.

The Mpls Photo Center has a new owner. In January, founders Orin and Abby Rutchick announced plans to move to California, where their kids and grandkids are, and hand the keys to someone else. “We will not leave until we can assure that the center is in good hands,” they wrote in an email. On Wednesday the Rutchicks announced that fine art photographer, media producer, business leader and longtime Twin Cities resident Jeff Harrington will be the center’s new owner. There’s an opening reception tonight for two new exhibitions, the FSTOP “Chronicles” and Photo Union “Versions” 2015 group shows. Both Orin Rutchick and Harrington will be there, the torch will be passed, and all are welcome to say hello and share ideas. 6:30 to 8:30 p.m. Free and open to the public, with appetizers and live music.

This year’s theme: “What will you make of the Convention Center Plaza that will become part of the unforgettable, unexpected lore of Minneapolis?” This year’s finalists: “Animalopolus Connectallus,” a collection of spectacle-scale, interactive, animated and illuminated animal sculptures; “Self-Made Mpls,” a garden and energy-generating windmill that create a community gathering space; and “MSP Vibe,” a combination prairie, antenna towers and ever-changing series of radio transmissions meant to reflect our natural and cultural landscape.

The finalists each receive $2,500 to prepare detailed proposals and present them to a jury in early January. The winner of the $75,000 commission will be announced later that month, and the installation will be ready for Northern Spark on June 11.

Something to look forward to at the tail end of January, when winter seems endless: the Twin Cities Jazz Festival will hold a one-day Winter Jazz Festival in the St. Paul Hotel.

St. Paul has been the summer jazz festival’s hospital home since 2009, and Mayor Chris Coleman has declared 2016 the “Year of Music” in the capital city. We won’t know until later all the musicians and bands signed up for the three planned stages, but the early news is good: The headliners are pianist Cyrus Chestnut (who fronted the 2013 summer festival), drummer Francesca Mela (the festival’s artistic director) and Chestnut’s bassist Gerald Cannon. 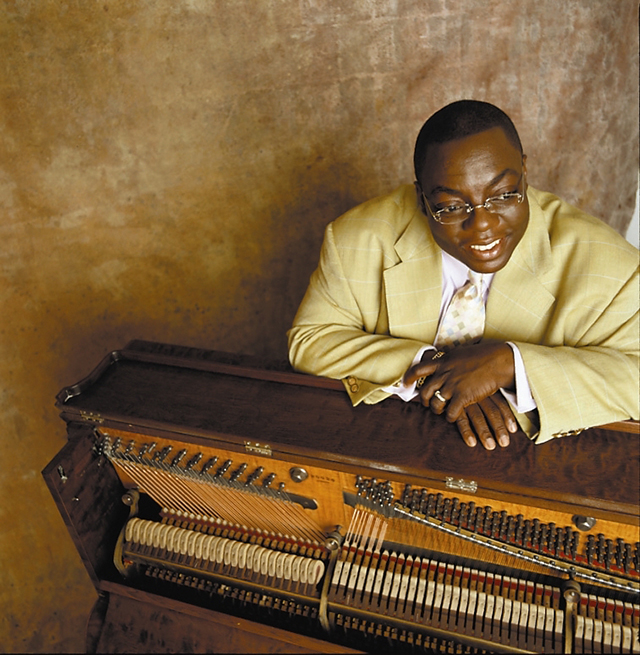 Cyrus Chestnut at the piano

The winter festival is partnering with the newly formed Leigh Kamman Legacy Project, which is working to preserve the writings and recordings of the renowned jazz broadcaster who died in 2014. A portion of the proceeds from the festival will benefit the project. 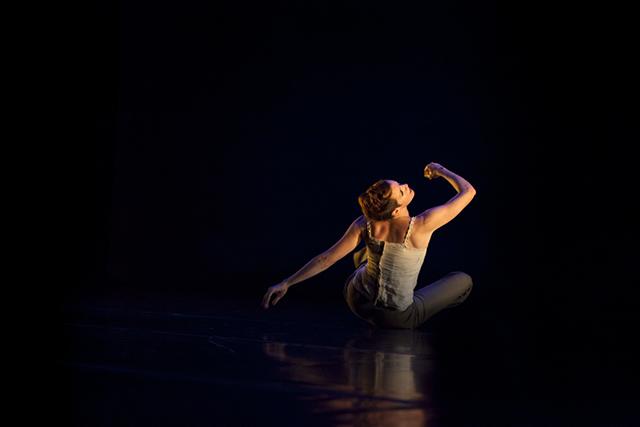 Saturday at MacPhail’s Antonello Hall: “Caffeinated Bach.” Curated by conductor Mischa Santora, MacPhail’s annual Spotlight Series begins with a program that shows two sides of Bach: serious and humorous. The first half features the Suite in G major for solo cello, the e-minor Toccata for harpsichord, and the Chaconne for solo violin from the d-minor Partita. The second half is given to the Coffee Cantata, a comic opera about a young woman who loves coffee too much. And this was long before Starbucks. The performers are MacPhail teaching artists. Pre-concert talk at 7 p.m., music at 8. FMI and tickets ($24/$15; call 612-767-5250).

Sunday at Colonial Church of Edina: Andrew Litton and Friends. Longtime artistic director for the Minnesota Orchestra’s Sommerfest and a very fine pianist, Litton will join friends and colleagues from the orchestra for a program of music by Poulenc (Sextet for Wind Quintet and Piano), Bach, Barboteu, Ravel and Rameau. 1 p.m. FMI and tickets ($20).

Sunday at Open Book: As Curated By: More than a Single Story. The Loft has been hosting a series of conversations among black women writers, who come from many places but are often lumped together as though they have one voice. The final conversation features five African writers: Kari Mugo, Nimo H. Farah, Julia Nekessa Opoti, Adaobi Okolue and Lula S. Saleh. Carolyn Holbrook hosts. 2:30 p.m. Free. 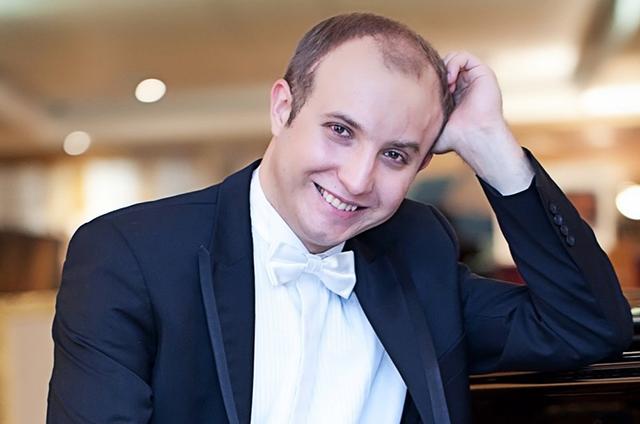 Monday at the Jungle Theater: An evening with Connie Evingson to benefit Angel Flight Central. The Monday after Give to the Max Day is not the greatest timing, but this worthy organization – which arranges charitable flights for health care or other humanitarian purposes – is a great cause. So far: 20,000 flights in 20 years. Vocalist Connie Evingson will perform with Patty and the Buttons, the Good Earth Restaurant and Patisserie 46 will provide hors d’oeuvres and desserts, a cash bar (wine and beer) will be available, plus there’s a wine auction. 6 to 9 p.m. Tickets $40-$30.