In 2011, when poet Robert Bly was turning 85, California-based filmmaker Haydn Reiss decided to make him a gift. “I said to myself, ‘I have a lot of footage from over the years. I’ve had him in three other documentaries. Maybe I’ll put together a little 10-minute piece for his birthday and send it on to the family and they can look at it.’”

This week we can all see how that turned out, when Reiss’ 81-minute documentary film “Robert Bly: A Thousand Years of Joy” screens at the Minneapolis St. Paul International Film Festival. And it only took four years, 25 interviews in five states and two countries, and a lot of what documentary filmmakers do: research, reading, raising money.

With “Robert Bly: A Thousand Years of Joy,” Reiss has created a legacy film – the only one so far – about a great Minnesota poet whose passion, politics, ecstatic spiritualism, earthiness and image-filled yet plainspoken language have influenced countless writers, including Louise Erdrich and Tracy K. Smith. He has also created a beautiful film, a visual poem to and about Bly, dusted with snow, filled with poetry, stories and music.

Reiss first encountered Bly at a men’s event in Ojai, California, in 1990 or 1991. (Those were the “Iron John” years, and whatever you may think of Bly’s time as a pop phenom, that best-selling book and Bly’s gatherings meant a lot to many men, including actor Mark Rylance, who appears in the film.) “I get there,” Reiss said in conversation, “and there are 300 men, including Martin Sheen and his boys. I was still a naïve, immature man. My immaturity about where I was in my life was revealed to me. … I wish I could have made a time machine to send everybody back 20 years to one of those events, where Robert is in full power and form and brilliance, and have you taste that, because it’s life-changing.”

The film follows Bly’s life from his boyhood on a farm near Madison, Minnesota, where he memorized Omar Khayyam as he plowed the fields, to the Navy, then Harvard, where he worked on the literary magazine and thought about poetry as a profession. Offered a scholarship to graduate school, he turned it down “on the grounds that I was already too intellectual and told enough lies.” He went to New York, as aspiring artists of all kinds did (and still do), and had some tough years there. He returned to Minnesota and a house on his father’s farm.

“He felt defeated,” Reiss said. “Thinking through everything he learned at Harvard, [he realized] that language wasn’t his. He knew that from childhood a few words were real to him – snow, dust. That was the building of the vocabulary of his poetic words, and with that, he found his own path into his own writing.”

Bly married his first wife, Carol McLean (Carol Bly became an award-winning author in her own right), started a family, and launched a magazine called The Fifties, which proudly proclaimed, “The editors of this magazine think that most of the poetry published in America today is too old-fashioned.” He critiqued other writers (they all critiqued each other), wrote books and spoke out – eloquently, vociferously, in poetry and in person – against the Vietnam War. “Being a poet does not excuse you from taking part in the national debate,” he has said.

Through his many translations, Bly introduced English-speaking readers to other great poets of the world: Chile’s Neruda, Peru’s Vallejo, Spain’s Machado, Lorca and Jiménez, the 15th-century Sufi poet Kabir, Norway’s Jacobsen and Hauge, Sweden’s Tranströmer, the 19th-century Urdu poet Ghalib, the medieval Persian mystic poet Hafez. “He’s extremely hard-working,” Reiss said. “[Poet] is not just some hip name you give yourself and you write some boring, self-centered, trite stuff and call it a poem.”

Reiss’ own love of poetry shines through his film. “The magic of poems is alchemical,” he said. “Suddenly your soul, your heart, everything is dragged out of you into this gift of language that can help us. [Bly] showed me what poetry could be.”

Watch for appearances by Minneapolis poet (and former Star Tribune editorial writer) James Lenfestey, a longtime Bly booster, friend and across-the-street neighbor. Lenfestey supported the making of this film. In 2009, when Bly was turning 83, he organized a major conference at the University of Minnesota, “Robert Bly in This World,” to celebrate the acquisition of Bly’s papers by the Elmer L. Andersen Library, an effort he led. If you want to learn more about Bly after seeing the film, you can go to the Andersen and dig in. Bly turns 90 in December.

“Robert Bly: A Thousand Years of Joy” screens twice at the St. Anthony Main Theatre during MSPIFF: tomorrow (Thursday, April 14) at 7:05 p.m. and Sunday at 6:15 p.m. Director Haydn Reiss will attend both screenings. FMI and tickets ($13-$7). Portions of this piece are from a lengthy conversation that took place on April 6.

Tonight at the Ritz Theater: Theater Latté Da’s “C.” That Bradley Greenwald can act and sing through a huge prosthetic nose – picture a ski slope with moguls – is the smallest of wonders about this new musical based on “Cyrano de Bergerac,” a 19th-century play by Edmond Rostand. Greenwald also wrote the witty and touching script. Robert Elhai composed the music for Greenwald’s lyrics, and the songs slip so easily and gracefully into the flow of the narrative that we almost forgot we were watching a musical. Jim Smart’s set looks as if it has always been there, its finishes echoing the theater’s rough walls. There’s a moment when you believe you’re entering the hell of a battlefield. Directed by Peter Rothstein, with a 16-member cast of actors and musicians led by Greenwald as Cyrano, Kendall Anne Thompson as the lovely and lovable Roxane and David Darrow as the handsome but dim Christian, “C.” is part of Latté Da’s NEXT 20/20 series, which aims to develop 20 new musicals or plays with music in five years. If they’re all as good as this or even close, holey moley. 7:30 p.m. FMI and tickets ($35/$45). Ends May 1. 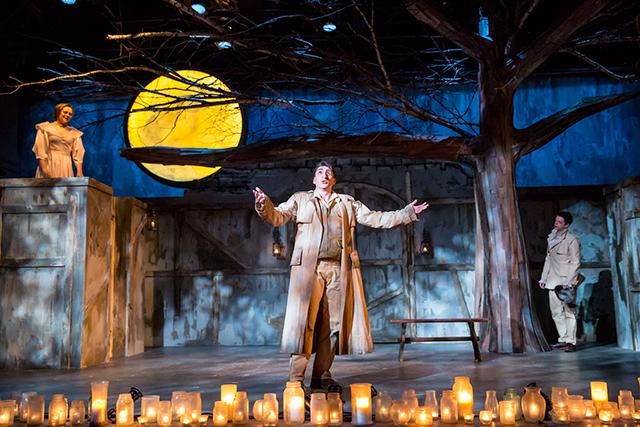 Thursday at the Loft: Helen Macdonald Reading and Conversation with Laurie Hertzel. After her beloved father dies, Macdonald, a poet, historian and falconer, addresses her grief by training a goshawk, an ill-tempered, bloodthirsty bird. Her memoir, “H is for Hawk,” won awards and lavish praise for telling the story in “words that mimic feathers” (New York Times). “Shaler’s Fish” is her debut poetry collection. She’ll read from both and talk with Hertzel, the Star Tribune’s books editor. The event is sold out but you can register for the wait list and/or try for a spot in the overflow room. 7 p.m.

Friday through Sunday in downtown Lanesboro: 19th Annual Ibsen Festival. The Commonweal Theatre Company’s yearly celebration of Scandinavian theater, visual art, music and dance centers on its annual Ibsen production. This time it’s Jeffrey Hatcher’s adaptation of Ibsen’s “The League of Youth,” which has its world premiere on Saturday. The play follows a young politician named Stensgaard who will do and say anything in his climb up the political ladder. Imagine that. “League” is Hatcher’s seventh Ibsen adaptation for the Commonweal. Related events include a keynote by Andrew Friedman, an expert on Ibsen and European theater; a forum with young politicians from across the state; and an artist chat by Pulitzer Prize-winning political cartoonist Kevin Siers of the Charlotte Observer. Go here FMI about the festival, including a complete schedule of events. “The League of Youth” continues at the Commonweal through June 11.

Saturday at the Holiday Inn East in St. Paul: Louie Anderson. A Minnesota native and star (with Zach Galifianakis) of the FX series “Baskets,” funnyman Anderson has come home to do some stand-up. Showtime is 7 p.m.; tickets here ($40/$55).

Sunday at the Lutheran Church of the Good Shepherd: Safe & Sound: A Concert to Benefit Rescue Dogs. Featuring musicians of the Minnesota Orchestra and Minnesota Opera, many of whom have adopted and/or fostered dogs from Safe Hands Animal Rescue, this concert is a guaranteed feel-good do-good event. The music – by Rossini, Mendelssohn, Elgar, Arensky and Borodin (the latter performed by Moscow Conservatory-trained musicians, no less) – will lift your spirits, the cause will warm your heart, and if you end up adopting a rescue dog, even better. (To date, Safe Hands has placed more than 4,000 dogs in homes.) Music at 3 p.m., social hour at 5. Suggested donation $25 at the door or online. All proceeds benefit Safe Hands Animal Rescue. 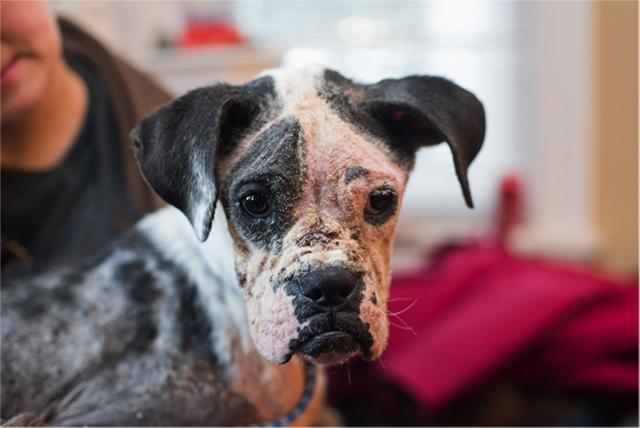 Courtesy of Safe Hands Animal Rescue
Sunday at the Lutheran Church of the Good Shepherd: Safe & Sound: A Concert to Benefit Rescue Dogs.