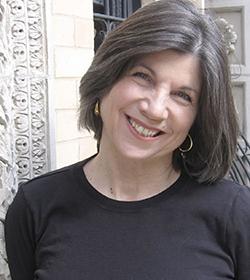 Two Pulitzer Prize winners, a former U.S. poet laureate, the author of a best-selling thriller series and a National Book Award winner with his own jazz and gospel band add up to a strong 20th season for Pen Pals, the Twin Cities’ longest-running literary series.

Announced Thursday night before Anthony Doerr’s lecture (his “All the Light We Cannot See” won the 2015 Pulitzer Prize and the Carnegie Medal), the 2016-17 lineup starts Sept. 22-23 with best-selling author, Pulitzer Prize-winning journalist and social critic Anna Quindlen. Oct. 13-14 brings Billy Collins, crowned “the most popular poet in America” by the New York Times, who served as U.S. poet laureate from 2001-03.

Feb. 16 and 17: Lee Child, author of the “Jack Reacher” series about the ex-military policeman hero – 20 books so far, 21 by February (or, who knows, maybe 22). March 30-31: Elizabeth Strout, Pulitzer Prize-winning author of “Olive Kitteridge” and “My Name Is Lucy Barton.” May 11-12: James McBride, musician, screenwriter and author of the National Book Award winner “The Good Lord Bird” (and the classic American memoir “The Color of Water”), with his jazz and gospel Good Lord Bird Band.

Pen Pals is a lecture series, not a reading series. Authors talk about their lives, their process, their influences and their work. Some are serious, and some have been wildly entertaining. You have two chances to see each one: on a Thursday evening or the following Friday morning. All events are held at the Hopkins Center for the Arts. Presigned books are usually available for purchase. A reception before each lecture features live music, coffee and sweets.

Illusion Theater’s producing directors, an Ojibwe writer and a jazz trumpeter show the passion, poetry, music – and hard work – of their lives as artists in the 13th and final episode of TPT’s “MN Original” season 7, which launched in January with a profile of Booker Prize-winning author Marlon James.

We recently looked back at the Marlon James segment. We’d forgotten that James said, “I was – I still am – the biggest Prince fan in Jamaica. My high school yearbook talks about me loving Prince, and my ambition in life is to work for Prince.” We wish he’d gotten the chance to do that.

After more than 40 years at Illusion Theater, Michael Robins and Bonnie Morris still love what they do. Robins founded Illusion in 1974; Morris, a founding company member, joined him as co-producing director in 1977. Between then and today, Illusion has created “between 400 and 500 new plays,” Robins says. Their work has encompassed civil rights, women’s rights, gay rights, child sexual abuse prevention, myths about AIDS, their own lives and the place they call home. “Illusion Theater is here to illuminate the illusions, myths and realities of our times, and to use theater to catalyze social and personal change,” Morris says. “I want people to see how art can make a difference. … It wakes people up.”

Author Heid E. Erdrich laughs as she recalls her early ideas about a writer’s life. “When I was a teenager, thinking about being a writer and learning what writers do, I never imagined them sitting in a chair writing for hours and hours and hours. … I did not know that it takes a huge amount of sitting!” A writer of poetry, short stories and nonfiction, Erdrich also directs Wigwaas Press, which publishes books in Ojibwe; edits journals that feature other Native American writers; curates shows of native art at All My Relations gallery; and hangs out at Birchbark Books, which is owned by her sister, Louise Erdrich. Heid’s latest book is “Original Local: Indigenous Foods, Stories, and Recipes from the Upper Midwest” because “I wanted people to know that the local food movement depends on foods that indigenous peoples stewarded, protected and saved.”

Jazz trumpeter Solomon Parham received his first trumpet when he was 9 years old, thanks to contributions from his Detroit neighbors. When Parham told a local barber that he wanted to play the instrument after hearing jazz on the radio, the barber took a coffee can, labeled it “Tips for Solomon’s Trumpet” and set it out for his customers. (Today we’d call that crowdfunding.) Moving to the Twin Cities as a young man, Parham taught at a high school and at Walker West Music Academy. Today he’s earning his master’s degree in performance from McNally Smith. Until last week, when a year’s residency at the Bedlam Lowertown ended, he hosted a weekly jam session there on Sundays. He’s serious about the trumpet (“It’s a powerful sound”) and the place of jazz in his life and the world: “This music is art. It comes from the human spirit. People need art to enrich their spirit.” 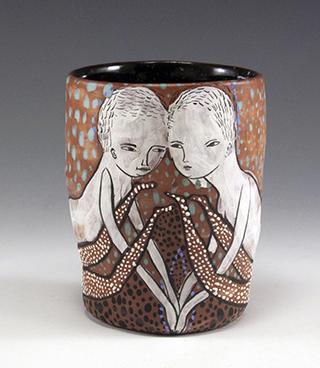 Today (Friday, May 6) through Sunday: 24th Annual Pottery Studio Tour and Sale. Thousands of fans and collectors will turn out for this annual pottery spectacular, always held on Mother’s Day weekend and nationally recognized as a primo ceramics event. This year, 57 exceptional potters from 16 states (plus Norway and Jamaica) will show handmade pots of all kinds in seven studio locations spread out through the upper St. Croix river valley from Stark to Shafer. Hosts Will Swanson and Janel Jacobson, Connee Mayeron, Guillermo Cuellar, Linda Christianson, Richard Vincent, Robert Briscoe and Jeff Oestreich will welcome you and answer your questions; all the potters will be around and happy to talk about their work. It’s a self-guided tour, so clear a day (or two), gas up, empty your car trunk and wear comfortable shoes. Watch for the tour signs – a red pitcher on a yellow ground. Friday and Saturday 10 a.m. – 6 p.m, Sunday 10 a.m. – 5 p.m. FMI including map and who’s where key. There’s road construction near Connee Mayeron’s studio in Shafer, so be sure to check the map.

Tonight at the American Swedish Institute: “Cocktails at the Castle: Light Up the Night.” Having grown up among Scandinavians, all we can say is – who knew Swedes could be so much fun? “Cocktails at the Castle” has become a twice-yearly It Event, for good reason: every inch of the Turnblad Mansion and the ASI Courtyard is full of things to see, hear and do. Tonight it’s live music, a DJ-driven dance party, watercolor stations, a Water Bar, the Bell Museum’s ExploraDome, s’mores, glass art, neon art, bonfires, specialty cocktails, food, and Sámi vocalist Sofia Jannock, a two-time Grammy nominee who’s been compared to Sigur Rós and Björk. 7-11 p.m. FMI and tickets ($20 advance/$25 door, if available). Ages 21+ with I.D. 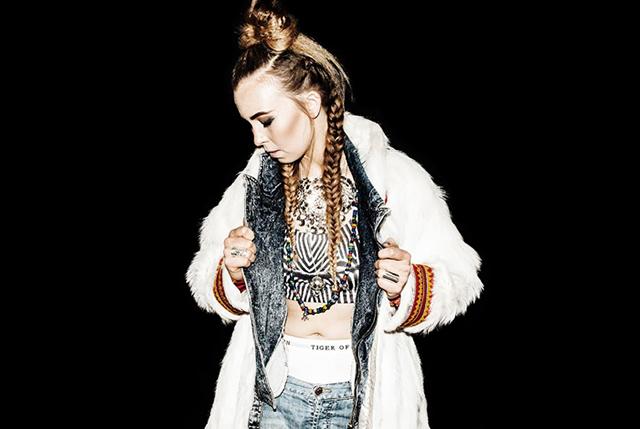 Tonight at the Northrup King Building: Art-A-Whirl Preview Party. The 2016 Art-A-Whirl takes over Nordeast in just two weeks (May 20-22). Get a first look at the Silent Auction (over 130 pieces of art), sample bites from Red Stag, enjoy craft beers, wine and cocktails (cash bar) and music from KFAI DJs. 6-9 p.m. Suggested entry donation $3-$5.

Starts tonight at the Cowles: Zenon Dance Company’s 33rd Spring Season. Following a three-week choreographic residency in Cassis, France and two weeks in Havana, Cuba (with three sold-out performances), Zenon wants to dance for us. Their program for the next two weekends includes a world premiere by Seoul-born, Minnesota-raised, New York-based choreographer Sam Kim, as well as reprises of Joanna Kotze’s “Rouge,” Wynn Fricke’s “The Mourning Tree” and Danny Buraczeski’s jazz dance “Merry Go Round,” set to music by Glenn Miller and the Army Air Force Band. These will be the last Zenon dances for long-time company member Stephen Schroeder, who is leaving after 15 years to spend more time with his young family. 8 p.m. FMI and tickets ($34). Also May 7, 13, 14 and 15. 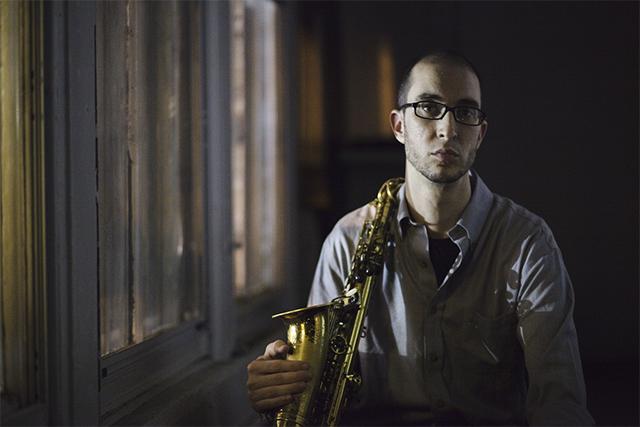 Saturday at the Walker: Steve Lehman Octet. When alto saxophonist and composer Lehman references “spectral music,” he’s not summoning ghosts. He’s talking about a compositional technique in which harmony (which has to do with chords) and timbre (the quality of a musical sound) are two sides of the same compositional coin, a concept he’s exploring in his own music. A faculty member at CalArts with a Ph.D. from Columbia University, a Fulbright scholar, Guggenheim fellow and winner of the Doris Duke Artist Award, Lehman is one of today’s brainy, mathy, highly schooled composers (like his friends Vijay Iyer and Rudresh Mahanthappa), but in the end, it’s all about the sound. The octet’s 2014 release “Mise en Abîme” sounds so good that it made countless end-of-year Top 10 lists and was named Top Jazz CD of the Year by NPR Music and the L.A. Times. The music shimmers, rings, explodes yet coheres and creates what Lehman calls an “interesting, meaningful, and challenging space for improvisation.” It’s exciting, colossally intriguing and new. 8 p.m. in the McGuire Theater. FMI and tickets ($25/$22 Walker members).