Some operas keep you on the edge of your seat for the wrong reason: You want to be ready to flee the second the final curtain falls. Minnesota Opera’s “The Shining,” which had its world premiere Saturday at the Ordway, keeps you there for all the right reasons. It’s ominous. It’s scary. The tension builds, all hell breaks loose, and the attention-grabbing pace doesn’t slow until the final moments. It’s relentless.

Before we go on, a disclaimer: We did not attend a public performance of “The Shining.” We went to the final dress rehearsal last Thursday, part of a group the Opera lets in for what’s called a Social Media Preview Night.

Because it’s a rehearsal, the conductor can stop and start it at any time. Some singers might “mark” – sing at half-voice. Things can go wrong. (On Thursday, for example, there were hiccups in the supertitles.) The audience is on the mezzanine, while the main floor is populated by photographers, creative team members working laptops and headsets, and assorted support staff. In other words, it’s not a night designed for the easily distracted, but we enjoyed its many layers. We just can’t officially review the show because it wasn’t an official performance — and that wouldn’t be fair.

So, kind of like Magritte’s “This Is Not a Hat,” this is not a review.

That said, cheers to Minnesota Opera for producing new work. It’s vital to keeping the medium alive and thrilling that it’s happening locally. What everyone hopes is that “The Shining” will be presented by other opera companies and become part of the repertoire.

While the opera is based on Stephen King’s book, not Stanley Kubrick’s 1980 movie starring Jack Nicholson  (those were among the terms King exacted before granting the rights), this is a cinematic, effects-filled production. Minnesota Opera went big, reportedly spending $2 million on “The Shining” — and it shows.

Any company that wants to present Paul Moravec’s music and Mark Campbell’s libretto should plan to borrow Erhard Rom’s sets, Robert Wierzel’s lighting design, and the work of 59 Productions, the UK-based studio that created the projections and animations. Together they have made the Overlook Hotel – the massive, historic hotel in the Colorado Rockies where the novel is set – a living, breathing entity, as much a character as any member of the cast.

A grand staircase and entire rooms glide across the stage. (The staircase is deliberately a few steps too high for its purpose – reaching a hallway on the hotel’s second level – which put us a bit off-balance and made us mildly acrophobic.) Projections flicker and slide on walls and surfaces. Larger-than-life animated shadows act out horrific events from the Overlook’s past.

Somehow Campbell pared down King’s 200,000-word novel into fewer than 10,000 words. Precisely and economically, they tell the story without rushing or squashing it, communicating love, escalating madness, fear, doubt, sorrow and resolve – and all the plot points we need to know – in everyday sounding speech that fits Moravec’s music like a hand in a glove.

Campbell also retains the novel’s supernatural elements while making it very clear that the father trying to murder his family, Jack Torrance (played by Brian Mulligan), is not a monster but a victim. Permanently damaged by childhood abuse and struggling with alcoholism, he’s trying to overcome his past, but fails through no fault of his own. He is, ultimately, sympathetic.

Mulligan is an imposing presence on stage; we recoil from his seething temper and menacing strength. Wendy Torrance, his wife (Kelly Kaduce, last seen here jumping off a rampart in “Tosca”), is smart and lively, a woman we’d like to know and hang out with. Their young son Danny (Alejandro Vega) is wise beyond his years because of his psychic powers. Halloran, the cook (Arthur Woodley), sings the opera’s final aria. It’s a plain-spoken benediction that brings the horror to an end, and then offers hope to the survivors.

Superbly conducted by Michael Christie, Moravec’s music rises, falls, teases, terrifies and whirls like a torrent around the room. At times, the sound of the strings hangs in the air like a darkening cloud. There are bright, exultant moments, such as the opening scene when the Torrances catch their first hopeful glimpse of the magnificent Overlook. Flirtatious moments between Jack and Wendy, a soaring love song Wendy sings to Jack, and a lullaby she sings to Danny, which is interlaced with awful words from Jack’s abusive father (Mark Walters). And creepy moments, like when the ghost of the former caretaker, Delbert Grady (David Walton), smoothly urges Jack to “correct” the behavior of his wife and son. We’re not far into the first act before the music lets us know that something bad is going to happen. From there, it gets worse.

Director Eric Simonson asked a lot from his cast, especially the three leads. We’ve seen operas with sword fights, knifings, poisonings, murders and suicides, but none where a man tosses a child around or drags a woman off a bar. “The Shining” has a level of physical violence we hadn’t seen before. And, true to King’s writing, language we hadn’t heard in opera up to now. (Hint: the F-bomb.) On a more benign note, it may be the first-ever opera with knitting.

We hear the opening night crowd on Saturday loved it. A few $28 standing room tickets remain for Thursday, Saturday and Sunday afternoon; call 612-333-6669. Don’t worry, this isn’t Wagner. “The Shining” clocks in around 2 hours, including a 20-minute intermission, when you can find a seat somewhere and relax.

Tonight (Tuesday, May 10) at the University Club: “Lord Grizzly” reading. Minnesota author Frederick Manfred is one of many writers who have told the true story of mountain man Hugh Glass, who was attacked by a bear and abandoned by his companions. Leonardo DiCaprio won his first Oscar for his portrayal of Glass in “The Revenant.”  In what promises to be a unique and interesting evening, eight readers – Manfred’s daughter, poet Freya Manfred, and her husband, Tom Pope; the Strib’s Kim Ode; the Pi Press’ books editor Mary Ann Grossman; writer and poet James Lenfestey; writer and poet John Rezmerski; filmmaker Mike Hazard (who made a film about Manfred called “American Grizzly”); and writer/poet/baker Danny Klecko will read from Manfred’s book. 7 p.m. Free. 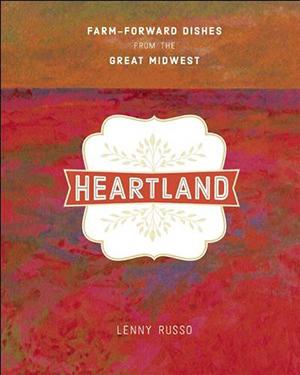 Wednesday at the Dakota: Bill Charlap Trio. Charlap is in the top ranks of jazz pianists – deeply knowledgeable, accomplished, sophisticated and swinging. And he makes it all look so easy. We hardly ever see him in the twin towns, so Wednesday is worth going out for. Touring behind “Notes from New York,” the new album by his 20-year-old trio with bassist Peter Washington and drummer Kenny Washington (no relation), he’ll stop at the Dakota for two elegant sets. 7 and 9 p.m. FMI and tickets ($20-$35). 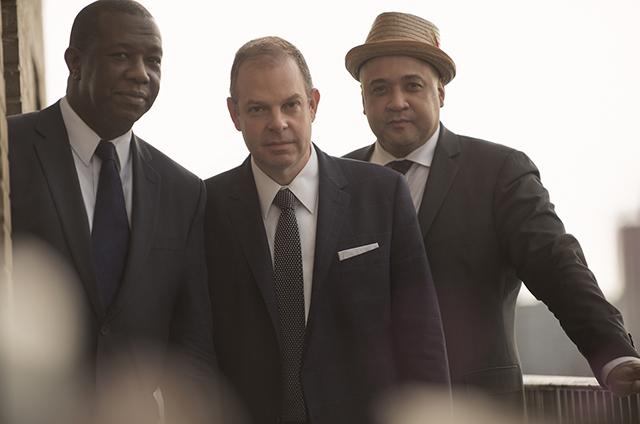 Wednesday at the American Craft Council: Spring Salon: Heritage Manufacturing in Minnesota with Faribault Woolen Mill Co. and Nordic Ware.  You’re not a real Minnesotan without at least one Faribault blanket and a Nordic Ware bundt pan. Learn more about two of our heritage manufacturers in a public conversation with representatives from both. In the Craft Council’s library on the second floor of the Grain Belt Brewhouse. Doors at 6:30 p.m., conversation at 7, social hour after at the Community Keg House a block away.