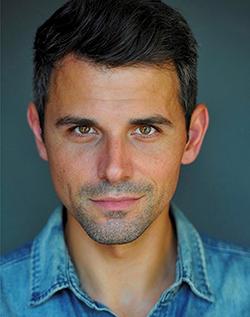 Theater Latté Da had a stellar 2015-16 season that included the smash hit “Sweeney Todd,” a terrific “Gypsy,” a new “All Is Calm” and the world premiere “C,” based on “Cyrano de Bergerac.” The season before, the theater’s 17th, was wildly successful. Expectations ran hot for the 2016-17 season announcement Monday evening at the Ritz (which Latté Da is in process of buying; it’s still working out the purchase agreement).

Two words: Looking good. Eight shows include three Broadway musicals, the return of an old favorite, the 10th anniversary of a holiday classic and three yet-to-be-named musicals in Latté Da’s NEXT Festival, because creating new musicals is as important as presenting proven ones.

Season 19 begins with “Ragtime” by Terrence McNally, Stephen Flaherty and Lynn Ahrens, based on the novel by E.L. Doctorow, nominated for 13 Tonys and winner of two. Peter Rothstein directs a cast including Sasha Andreev (“Steerage Song”) and Britta Ollmann (“Into the Woods”). David Murray and Traci Allen Shannon, an acting company member at the Children’s Theatre Company, make their Latté Da debuts. Sept. 21-Oct. 23 at the Ritz.

Back after a seven-year hiatus: “A Christmas Carole Petersen” by Tod Petersen and Rothstein, built on Petersen’s tales of Christmas with his family in Mankato. Nov. 30-Dec. 23 at the Ritz. “All Is Calm: The Christmas Truce of 1914” turns 10 this year. Written and directed by Rothstein, with Cantus’ founding Artistic Director Erick Lichte as music director, it has a short run at the Pantages: Dec. 15-18.

Tyler Michaels was born to play the emcee in “Cabaret” (which he did, for Latté Da), born to play Puck in “A Midsummer Night’s Dream” (Guthrie), born to play Peter Pan in “Peter Pan the Musical” (Children’s Theatre). He’s Peter again in Latté Da’s take on “Peter and the Starcatcher,” winner of five Tonys. Black Label Movement’s Carl Flink (“Sweeney Todd”) is choreographer, and Joel Sass makes his Latté Da directing debut. Feb. 1-26, 2017, at the Ritz.

Spring brings John Guare’s “Six Degrees of Separation.” Rothstein directs a cast that includes Mark Benninghofen and Sally Wingert, last seen together in “Sweeney Todd.” March 8-April 9 at the Ritz. The NEXT Festival, formerly NEXT 20/20, will end the season with three new works TBA.

Wait just one minute. Where’s “Sweeney Todd” at the Pantages in March, previously announced as part of Hennepin Theatre Trust’s Broadway Re-Imagined series? Here’s the official word from Latté Da:  “In working to produce the remount, the project encountered a series of challenges. Both arts organizations decided that it would be best not to move forward with the production at this time. We are disappointed; however, we both remain enthusiastic about future partnerships.” More on that when we know.

An honorary degree for Prince

The University of Minnesota Board of Regents voted unanimously on Friday to award Prince an honorary Doctor of Humane Letters degree from the College of Liberal Arts.

Before his death on April 12, the U was considering nominating Prince for an honorary Doctor of Musical Arts.

President Eric Kaler said in a statement, “Prince was transformational in American music and culture, and we are extremely proud of his many accomplishments, as well as his efforts to give back to his home state, a legacy we hope to continue.” Michael Kim, director of the School of Music, said, “He changed the world’s view of what it meant to be Minnesotan. … I can think of no better way to express the University’s esteem for one of Minnesota’s own sons.”

The degree will be formally presented to Prince’s family at a program later this year. Details TBA.

The honorary degree is the highest award given by the university. Just 270 individuals have received one since the first was awarded in 1925, nearly a century ago.

The Cowles Center last week announced the 2016 McKnight Choreographer and Dancer fellows. All six – three choreographers and three dancers – will each receive a $25,000 stipend.

Lisa “MonaLisa” Berman, Christopher Hannon and Chitra Vairavan are the 2016 McKnight Dance Fellows. In addition to the stipend, the program will provide funds for each dancer to commission a choreographer of his or her choosing to create a new solo dance work specifically for that fellow.

The 2016 McKnight Choreography fellows are Megan Mayer, Rosy Simas and Pramila Vasudevan. Each is now eligible to apply for additional support for a national choreographic residency with one of the Cowles’ five national partners including the American Dance Festival in Durham, North Carolina, and Tofte Lake Center in Ely, Minnesota.

IFP Minnesota named the four McKnight Media Artist fellows. Along with the $25,000 stipend, each will have opportunities to meet with local and national art professionals, participate in a year-end McKnight Retrospective, receive assistance to attend the annual Film Independent Forum in Los Angeles and have special class and workshop opportunities offered through IFP Minnesota.

The McKnight fellowships support midcareer artists living in Minnesota whose work is of exceptional artistic merit.

Tonight at Grace Trinity Church in Minneapolis: Natalie Goldberg. The author of “Writing Down the Bones,” which changed a lot of lives, is touring behind her latest, “The Great Spring.” Her Wednesday Writers in Conversation event at the Loft is sold out (there’s a wait list) but this is a walk-in, anyone-can-show-up event. Tip: arrive early; this is a small neighborhood church. 1430 W. 28th St. 7 p.m. Free. 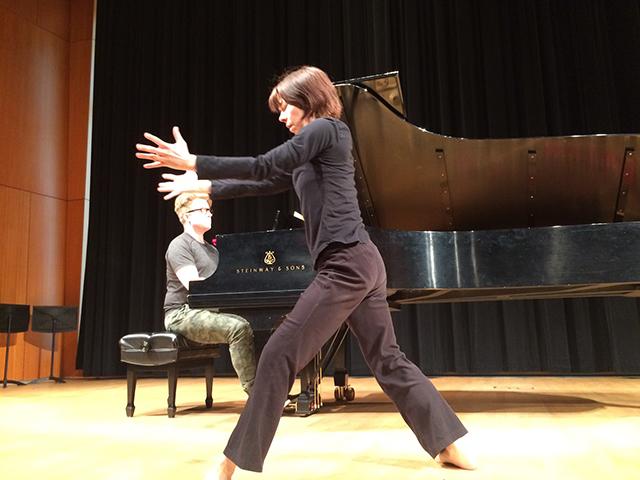 Wednesday in the Baroque Room: Minneapolis Music Company: “Hypnosis.” MMC’s new production uses music, dance and visual art to explore passing time and inevitability. As pianist Richard Tostenson performs Eric Satie’s minimalist, mesmerizing “Vexations,” dancer Penelope Freeh mirrors the pace of the music and visual artist Jack Dant captures impressions of movement and sound in charcoal sketches created on the spot. Satie inscribed “Vexations” with instructions – or were they? – about playing the piece 840 times. John Cage and a group of other pianists did that in 1963 in a performance lasting more than 18 hours. No worries; this one will take about an hour. Director Mischa Santora estimates we’ll hear Satie’s piece 40-45 times, including tempo changes. “There are many improvisational elements to Penelope’s movement,” Santora said in an email. “Also, she and Richard will play off of each other in many ways. Some of the movement is more sculptural than choreographic.” This is the first event in MMC’s new “Aesthetic Crossroads” experimental performance series. 8 p.m. FMI and tickets ($26; includes a complimentary drink). 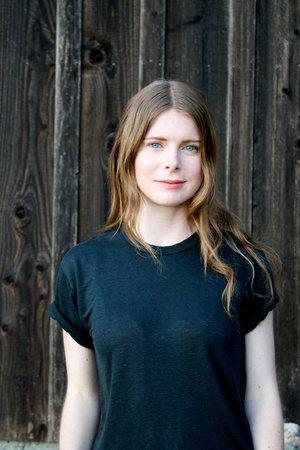 Wednesday at Minneapolis Central Library: Talk of the Stacks with Emma Cline. First she won the Paris Review’s 2014 Plimpton Prize, Then her debut novel, “The Girls,” set off a bidding war between 12 big-name publishing houses. Random House offered a multi-million-dollar, three-book deal, and now “The Girls” is one of the summer’s most anticipated books. Did we mention that Cline is 26? Doors at 6:15 p.m., program at 7. First come, first served. Free.

Saturday at Orchestra Hall: Minnesota Orchestra Symphony Ball 2016: Rhapsody in Blue. Tickets are long gone for the whole shebang – including the cocktail reception, silent auction and dinner – but still available for the post-dinner Minnesota Orchestra concert and after party. The theme of the ball is “Rhapsody in Blue,” so of course the orchestra will play that during the concert. The fact that Gershwin wrote “Rhapsody” in 1924 is an open invite for the ladies to don flapper wear. People-watching at the Symphony Ball is primo – the gowns and tuxes come out – but we’d love to see some beads and fringe, along with those jeweled “Downton Abbey” headbands worn in the final episodes. Two options, same ticket price: 1) concert and after party, with pre-concert refreshments, auctions, the orchestra performance, and after party with craft cocktails by local star bartenders, desserts and dancing to the Wolverines Big Band (arrive at 7:30 p.m.) or 2) after party only (arrive at 9:30 p.m.).

Jazz piano titan McCoy Tyner’s ties with the Dakota go waaaaay back. Tyner was the first national artist Lowell Pickett booked at his original Bandana Square location in 1988, and Tyner’s thumbs-up brought Ahmad Jamal, Bobby Watson and Betty Carter to the club. “We started at the very top,” Pickett told Britt Robson a while back. “All because of McCoy.” Now 77, Tyner will return Oct. 20-21 with his quartet including Gary Bartz. FMI and tickets ($40-$50).