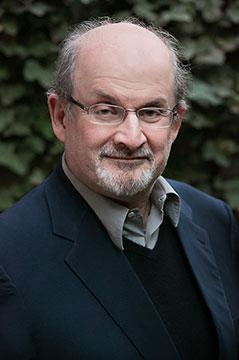 Rain Taxi will host a rare Twin Cities appearance by award-winning novelist Salman Rushdie on Wednesday, July 27. Rushdie is touring with his novel “Two Years Eight Months and Twenty-Eight Nights,” which recently came out in paperback.

Winner of the Man Booker Prize for “Midnight’s Children,” Rushdie is the author of 12 novels, four works of nonfiction and a collection of short stories. His most famous novel, “The Satanic Verses” (1988), drew the ire of Iran’s then-Ayatollah Khomeini, and Rushdie lived in hiding for nine years.

Rushdie will appear at 7 p.m. in the ballroom at Macalester’s Kagan Commons. FMI and tickets ($20). Each ticket purchase includes a signed copy of the novel. If night-of seating is still available, tickets will be $25 at the door.

Nationally, 80 finalists were chosen from over 1,300 applicants for a piece of ArtPlace’s $10.5-million pie.

ArtPlace is a partnership of several foundations, banks and federal agencies. It exists to position arts and culture as a core section of planning and development, and it funds projects that involve artists and arts organizations in addressing challenges around agriculture and food, economic development, education and youth, the environment and energy, health, housing, immigration, public safety, transportation or workforce development.

Penumbra, for example, has applied for funding for a project called “Ward 1: Honoring the Past to Build the Future.” Ward 1 refers to the Rondo neighborhood, which once nurtured a thriving black community. Penumbra means to restore its role as an anchor institution with a role to play in rebuilding commercial activity. Mixed Blood plans to use documentary theater, nontraditional health fairs and storytelling to help community residents (including many immigrants) navigate the American health care system. North Central Economic Development in Little Falls needs assistance with its Sprout Growers and Makers Marketplace, a local food hub that provides economic development and works to decrease racial disparities.

All the finalists will now complete more extensive application materials and schedule site visits with ArtPlace staff and national peer experts. The final projects chosen for ArtPlace funding will be announced in December.

Weezer at the Fair

Every time we think all the Grandstand dates are full up, the State Fair adds another band or two, further cementing its self-given title of Minnesota’s Largest Music Festival. Announced today: influential alt-rockers Weezer on Sept. 3, presented by The Current’s Music-on-a-Stick, and Oakland, California, rapper G-Eazy on Aug. 30. Both go on sale next Wednesday, June 15.

Taking another quick look at the Grandstand line-up, these are our favorite things: Don Henley on Aug. 25. Dixie Chicks on Aug. 27 and 28, both nights sold out. The Minnesota Show with Garrison Keillor on Sept. 2. Bonnie Raitt on Sept. 5. There’s still one TBA date: Sept. 1.

Tonight (Thursday, June 9) at the Bakken Museum: “An Evening at the Bakken: Touch the Earth.” Adults 21+ only, please, for a summer soiree in the museum, on its green roof terrace overlooking Lake Calhoun and in its expansive gardens. View a new exhibition of botanical art by Janet and Howard Goltz, explore biofeedback with the Bakken’s curators, wander the galleries, do a little yoga, hear some live bluegrass music, enjoy a Natedog and maybe a refreshing adult beverage. 5:30-9 p.m. $10 at the door (free to members). P.S. In case we haven’t mentioned this, the Bakken is a museum about electricity and magnetism. Shocking!

Tonight at the Walker: “Muhammad Ali: The Greatest.” A free screening of William Klein’s 1974 film, in tribute to the legendary boxer who died last Friday, which”everyone on the planet probably knows. 6 p.m. in the Mediateque. Limited capacity.

Tonight on Victory Memorial Drive in Minneapolis: Live on the Drive: Rio Nido. Now in its ninth year, the annual Northside summer concert series kicks off with the reunited Rio Nido, one of the Twin Cities’ most beloved vocal groups and a big hit at the Dakota last December. Hear Tim Sparks, Prudence Johnson and Tom Lieberman for free, check out the food vendors, and stay for a showing of the hit film “Up.” Sounds like a perfect summer evening for all ages. Music starts at 6, movie at dusk. Victory Memorial Drive at 34th Ave. N. Rain date June 30. 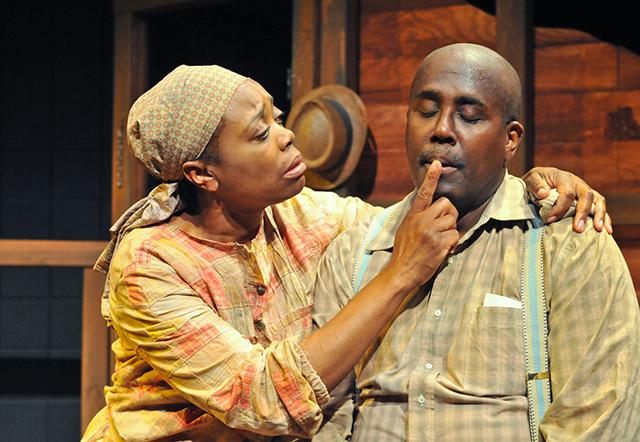 Friday-Sunday at Open Eye Figure Theatre: “Nature Creature.” Open Eye launches its eclectic and intriguing summer concert series with a new vocal work about being alive. Composed by Elizabeth Alexander, performed by Alexander on piano, Jacqueline Ultan on cello and Ruth MacKenzie on voice (Alexander wrote the piece especially for MacKenzie), it includes words by Louise Erdrich, David Ignatow, the mystic Hafiz and other writers. 7:30 p.m. FMI and tickets ($26/$22/$18). Twelve performances; ends June 19. For ages 12 and up.

Friday at Crossings at Carnegie in Zumbrota: Accordion-O-Rama. Two accordion-related events in one week (tonight’s Midwest Accordion Meetup at the Eagles Club, and now this) might be too many for some people, but Minnesotans are a stalwart, squeezebox-loving bunch, and we’d be remiss not to mention this thoroughly enjoyable annual concert at the former Carnegie Library in the city (pop. 3,341) on the Zumbro River. Daniel “Daddy Squeeze” Newton, Danny Jerabek of Copperbox and button accordionist Patrick Harison are this year’s performers, and we promise (from personal experience) a wonderful time. Doors at 7:30 p.m., music at 8. FMI and tickets ($18/$20 at the door). 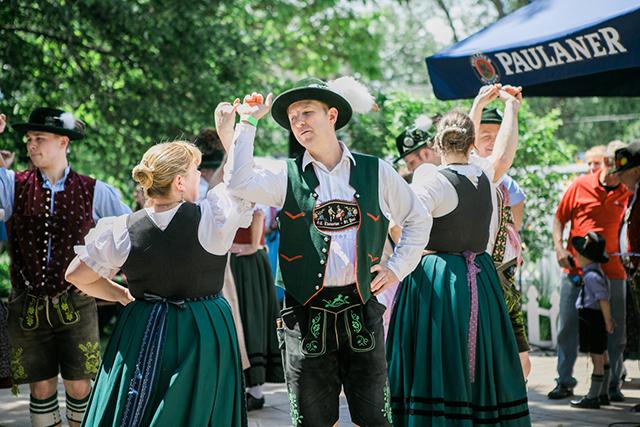 Superstar pianist Chick Corea just announced his next big thing: 80 shows over eight consecutive weeks at the Blue Note in New York City, starting Oct. 19 and featuring at least 15 bands. We have two chances to see him here at the Dakota, on July 5, and he’s bringing his stellar trio: four-time Grammy winner Christian McBride on bass (McBride, host of NPR’s “Jazz Night in America,” was recently named artistic director of the Newport Jazz Festival) and Grammy winner Brian Blade, revered and beloved, on drums. And speaking of Grammys, Corea has 22, the most of any jazz artist ever. Shows at 7 and 9 p.m. FMI and tickets ($60-$110).