Minneapolis’ north side will hum from Thursday through Saturday with the 11th Annual FLOW Northside Arts Crawl, a celebration of all kinds of arts and artists, “from b-boys to ballet, graffiti to graphite, rap to rhapsody, fine artist to artisan, practicing to professional.”

What began in 2006 as a one-day studio crawl with 20 artists at a handful of sites has become a three-day event featuring some 300 visual and performing artists at 34 studios, galleries, theaters, commercial and vacant spaces over a mile and a half of the West Broadway corridor. Attendance has grown from 1,000 in 2006 to 10,000 in 2015.

If FLOW 2016 looks different, it’s partly because of a $250,000 ArtPlace America creative placemaking grant that has supported artist-led improvements on West Broadway including benches, planters, bike racks, information kiosks and Freedom Square, a new public plaza being installed in a vacant city-owned lot at 2034 W. Broadway. Freedom Square will debut at FLOW. For a year, it will be an active public space, hosting artist-led programming and community events.

Other FLOW highlights include Thursday’s block party by Asian Media Access, the expansion of a community mural started in 2015, an outdoor photography installation of large-scale prints by Bill Cottman and performance stages sponsored by KBEM and KMOJ, with live music, student DJs, Voice of Culture Drum and Dance, plays from Chicago Avenue Project and art-making activities. At Juxtaposition Arts, student artists will show off puppets honoring Prince, Mohamed Ali, Kirk Washington Jr. Jamar Clark, Philando Castile and others in a Wild Seed Puppet Parade. C&J Barbers will host a ROHO Collective Pop Up Gallery group show, and Kwanzaa Church a Choreography Jam. A NEON Pop-Up Boutique will feature Northside designers, retailers and producers. On Friday at 9:30 p.m., the documentary film “Fire in the Heart,” about the April 2015 fire on West Broadway, will have its debut screening outdoors.

A new home for Nimbus

In the Twin Cities, we watch plays almost anywhere: in big rooms and small, old and new, purpose-built and jury-rigged, up eight floors or in a basement, in parks and driveways, warehouses and garages. Still, it’s fun to enter a fresh theater space and see what happens there, and how it works.

We can do that in October, when Nimbus Theatre debuts an original work, “The Kalevala,” in its new home at 2303 Kennedy St. NE in Northeast Minneapolis. Founded in 2001 by Liz Neerland and Josh Cragun, Nimbus spent the past five years in a warehouse on Central Ave. NE that it converted into a 75-seat performance space. The Kennedy St. space has 7,000 square feet, nearly double the Central Ave. location. When complete, it will include expanded production, staging and public areas. It will also be available as an incubator and rental for other independent theaters. 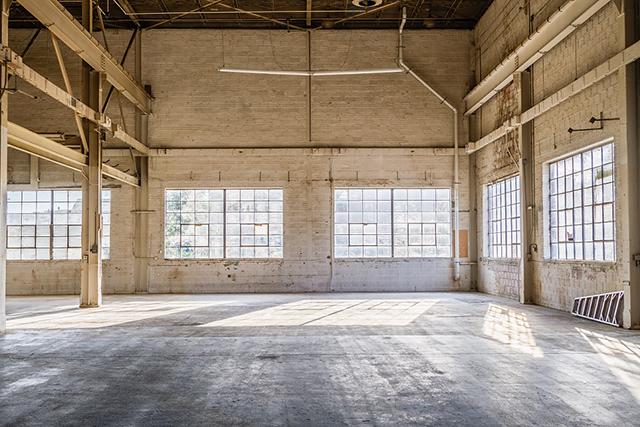 “The Kalevala” may ring a bell with us non-Finns who also attend Minnesota Orchestra performances. That’s because Sibelius’ “Kullervo,” performed (and recorded) by the orchestra earlier this year, is a character from the Kalevala, Finland’s national epic poem. Nimbus is working with longtime collaborator and Stockholm-based translator Danielle Blackbird on the adaptation we’ll see in October.

Grab your smartphone, drone or GoPro and head for the Mississippi – anywhere along the 72 miles of the Mississippi National River and Recreation Area, which stretches from Dayton and Ramsey in the north to Hastings/Point Douglas in the south. (Here’s tons of information, including a map.) It’s all national park, and 2016 is the National Park Service Centennial, so the Mississippi Minute Film Festival, now in its third year, is giving you the whole park to play in.

The Minneapolis Riverfront Partnership has partnered with the Park Service and they want a lot of films. Short films, just 60 seconds or less. They’re looking for films that make people laugh, cry, and feel inspired to take action.

Awards will be given in several categories. A few changes were made since the rules were published online; we have up-to-the-minute information. The award for each river category (Upper Mississippi, Minneapolis Riverfront, St. Paul Riverfront, Lower Mississippi): a certificate. For the Youth Prize: four canoe trips on the Mississippi by Wilderness Inquiry People’s Choice: a season pass to the National Parks, donated by the National Park Service. Best of Show: a private tour of the St. Anthony Falls Lock and Dam, also donated by the National Park Service. (We have always wanted to do that.)

Submissions are due Sept. 15 by 5 p.m. and will be juried by Oct. 10. The awards will be announced and the films shown at the Mill City Museum on Oct. 24 starting at 6 p.m., where the speaker will be Minneapolis City Council member and river booster Jacob Frey. Some 350 people attended last year’s screening. FMI, including contest rules and links to previous years’ films and winners.

Now at Mia: “Austin Swearengin: Sweetheart The Rent Is Due.” A new exhibition from the Minnesota Artists Exhibition Program (MAEP) spotlights works by Minnesota-based sculptor, State Arts Board grantee and MCAD grad Swearengin, who juxtaposes familiar objects in unexpected ways. In Mia’s US Bank gallery through Oct. 30. An artist talk is scheduled for Sept. 15 at 7 p.m. 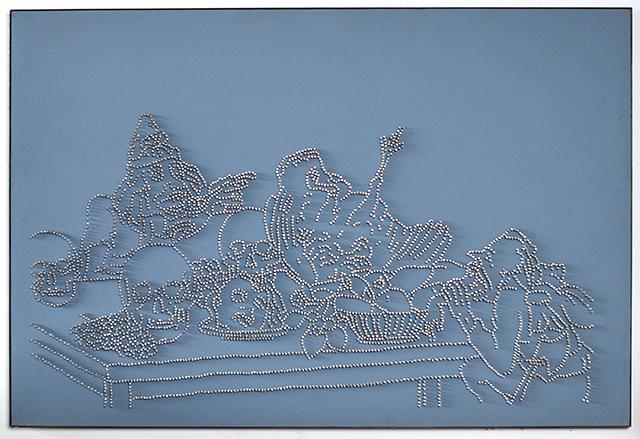 Courtesy of the artist
Austin Swearengin, “Nothing of Work & Worries,” 2015.

Every night (and some days) of the week all over Minneapolis and St. Paul: Free music and movies in the parks. Explore the Minneapolis schedules here, St. Paul’s here (movies) and here (music). A few St. Paul music events are paid shows, like Highland Park Community Theater’s production of “Disney’s Tarzan” at Como Dockside on Thursday-Saturday (July 28-30).

Tonight (Wednesday, July 27) at Vieux Carré: Illicit Sextet 25th Anniversary Digital Release. Because CDs are so yesterday. Your $10 cover at the door (cash only) gets you a download card for “Chapter One,” the first album by Minnesota’s original jazz composers collective, plus a physical package with the original liner notes, reviews, press clippings and more. The performance will feature selections from “Chapter One,” the follow-up “Chapter Eleven” and music from the group’s new CD, due out in late fall. The Illicit Sextet includes David Roos, Chris Lomheim, Paul Harper, Tom Pieper, and Steve Kenny. 8 p.m.

Thursday at Mpls Photo Center: Wing Young Huie discusses his new project, “Chinese-ness.” Huie was born and raised in Duluth, the youngest of six and the only one in his family not from China. In 2010, he visited China for the first time, which compounded his confusion about who he is and who he might have been. Due out from the Minnesota Historical Society Press in 2017, Huie’s new book “attempts to see myself and others in Minnesota, around the U.S. and in China, through the prism of ‘Chinese-ness.’ ” Part of it involves photographing Chinese men whose lives he could have had, then giving them the camera to photograph him while wearing their clothes. 6:30 p.m. social time, 7:00 presentation, 8:30 more social time. $10 at the door.

Thursday at the Science Museum: MNKINO Film Score Fest 2016. Founded in 2009 as a Minnesota cell of the Montreal-based KINO, an organization for new and emerging filmmakers, MNKINO calls itself “an excuse for anyone to make a film, and to meet others who like doing the same.” Once a year (this will be the third year), it holds a public evening of original short films paired with original scores performed live by an orchestra of 18 musicians. Supporters include the Metropolitan Regional Arts Council, St. Paul Cultural STAR and Composer Quest, which will stream the event live, in case you can’t make it in person. The program includes 18 films, all five minutes or less, having something to do with the word “legend.” Here’s the 2016 trailer. 7-9 p.m. in the Level 2 auditorium. $5 suggested donation.

Friday at the American Craft Council: Minneapolis Art Lending Library July Lending Event. View MALL’s collection of 100 original artworks, choose one, check it out, take it home and live with it for three months – free. Artist Carolina Borja will be there with an original papier mâché piñata installation that incorporates sound and audience participation. Say hi and ask about it. 5-8 p.m. at 1224 Marshall St. NE #200 in Minneapolis. FMI. Free.