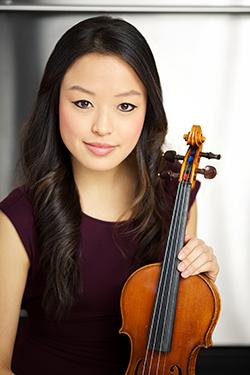 Courtesy of the SPCO
Eunice Kim

Just two weeks after announcing the appointment of Francisco Fullana as Principal Violin, the St. Paul Chamber Orchestra has named violinist Eunice Kim its newest member. A recent graduate of the Curtis Institute, and a native of the San Francisco Bay Area, Kim made her solo debut at age 7 with the Korean Broadcasting Symphony Orchestra and has since become an accomplished soloist and chamber musician.

Her appointment brings the SPCO to 22 permanent musicians, closer to its full complement of 28. Not that it’s in a big hurry to get there. “The audition process here involves a long period of playing with the orchestra on a trial basis,” artistic director Kyu-Young Kim told MinnPost earlier this year. “Because [the musicians] are doing chamber music, they’re collaborating, they’re leading themselves and working together, it takes a special type of player, so we really need to make sure they’re a good fit before we extend the position.”

Eunice Kim first played for the SPCO on a recruiting trip to New York City in the fall of 2013 and has since played numerous weeks as a guest musician. “After playing a fantastic audition last February, we invited her to play three trial weeks in the spring,” Kyu-Young Kim said in a statement. “She simply blew our musicians and the audience away.”

Adding Eunice Kim would have brought the SPCO to 23 permanent members, but principal timpani Michael Israelievitch, who was on leave of absence during the 2015-16 season, decided not to return and has submitted his formal resignation.

In recognition of his influence and impact, the American Institute of Architects Minnesota has awarded Mack its 2016 Gold Medal, one of the association’s highest honors.

“Bob Mack is one of the founders of the historic preservation movement in Minnesota,” AIA Minnesota President Michelle Mongeon-Allen said in a statement. “He is the reason why many of Minnesota’s most iconic landmarks are not only standing today but remain vital, relevant spaces for the future.”

A principal at MacDonald & Mack Architects in Minneapolis, Mack did his undergraduate work at the University of Minnesota and earned his master of science in building conservation in Edinburgh, Scotland. He began his career at the National Park Service in Washington, D.C., and moved back to Minnesota to co-found MacDonald & Mack. Outside of Minnesota, Mack has worked on more than 500 National Register properties and more than a dozen National Historic Landmarks.

Friday at the Edina Historical Society: Opening celebration for “Southdale: The Creation of a Cultural Landmark.” Things that changed the world: The wheel. The printing press. Refrigeration. The lightbulb. Southdale. Designed by Victor Gruen, developed by the Dayton Department Store Company, the first fully-enclosed, climate-controlled shopping center in the U.S. opened on Oct. 8, 1956. We’d like to know more about it than the shortest path from the parking lot to the Apple store. 6-8 p.m. Free. Light refreshments will be served. 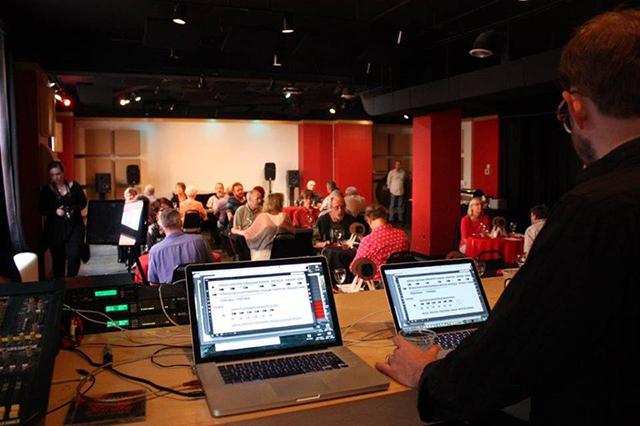 Friday and Saturday at Studio Z: St. Paul Food Opera. Looking for a smart, arty date night idea? On Friday and Saturday, the Zeitgeist new music ensemble will host what it’s calling the St. Paul Food Opera. The menu includes special dishes prepared by St. Paul restaurants Tongue in Cheek, Saint Dinette, Golden’s Lowertown, Brake Bread, Izzy’s Ice Cream and the Handsome Hog. Each course will be paired with original music by composer Ben Houge. Each table will have its own set of speakers, and the music will change as the courses are served, so you’ll always hear music paired to what you’re eating at the time. We attended a “first taste” preview earlier this year and swear it’s not the cacophony you might expect, but an intimate and enhanced dining experience. Dinner seatings at 5:30 p.m. and 7:30 p.m. FMI and reservations ($70 per person). Also available: lunch ($35) at 11 a.m. and 12:30 p.m. Friday and today (Thursday, Oct. 6), if you’re reading this in time. The St. Paul Food Opera was a Knight Arts Challenge winner.

Saturday in the Twin Cities metro: Docomomo US/MN Tour Day 2016. There’s no shortage of home tours in Minneapolis-St. Paul, but this may be the dreamiest: access to six private midcentury modern and modern residences, inside and out, including homes designed by Ralph Rapson, Curt Green, Bernie Herman, Don Hustad, and Norman Nagle. It’ll cost you, but wow. 10 a.m. – 4:30 p.m. FMI and tickets ($50 each for non-docomomo members, $30 for members). Docomomo is “the international working party for the documentation and conservation of buildings, sites, and neighborhoods of the modern movement.” Long may it reign. 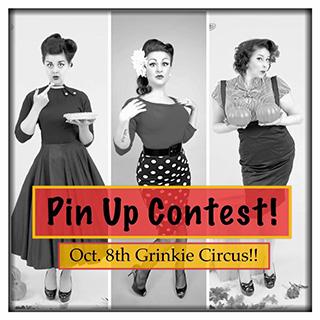 Saturday at Harriet Brewing: Grinkie Circus. Bring the kids and the dog to this festive, family friendly day of activities, entertainment, contests and live music. Featured acts and performers include Grinkie Girls pin-up models, members of the Minneapolis Beard & Moustache Club, aerialists, fire breathers, jugglers, stilt walkers, musicians, a caricature artist and costumed pets. There will be glitter tattoos, and a kissing booth. Noon-12 midnight. (Kids and pets welcome until 10 p.m.) FMI and tickets ($10 adults, free for pets and children under 12).

Sunday at Macalester’s Mairs Concert Hall: Sergei Babayan. The Frederic Chopin Society launches its 34th season with a concert by Armenian-born Babayan, the first pianist from the former USSR to compete and study in the West after the collapse of the Soviet Union. The program includes works by Arvo Pärt, Liszt, Vladimir Ryabov, Bach, Rachmaninoff and, of course, Chopin. 3 p.m. FMI and tickets ($25).

Monday at the James J. Hill House: “Women of Note.” For its 2016-17 season, the Hill House Chamber Players will present well-known classics and rarely heard works by women composers in three sets of concerts. The first begins Monday with Schumann’s Piano Quintet, Amy Beach’s Quintet for Piano and Strings and excerpts from Judith Lang Zaimont’s “Calendar Collection for Solo Piano.” The Players are Julie Ayer and Catherine Schubilske, violins; Thomas Turner, viola; Tanya Renenikova, cello; and Mary Jo Gothmann, piano. 7:30 p.m. Come early (6:45) for a preconcert conversation with Emily Hogstad, whose passion is researching the history of women in music, and whose “Song of the Lark” blog held a lot of feet to the fire during the Minnesota Orchestra lockout of 2012-14. This concert repeats next Monday, Oct. 17. FMI and tickets ($23/$20).

Designate a listening room, bring in a new concert Steinway and musicians will come. On Wednesday, Oct. 19, trumpeter Charles Lazarus and pianist Mary Jo Gothmann will play a set in the Dunsmore Room at Crooners. Lazarus is a member of the Minnesota Orchestra with four solo recordings so far; Gothmann appears often with the Minnesota Orchestra and the SPCO. They’re calling their program “Classical and Beyond,” but some jazz is a sure thing, given Lazarus’ affection for jazz. 7 p.m. FMI and tickets ($40 prix fixe dinner show, $15 show only, but you can still order off the menu).