The mega-hit Broadway musical “Hamilton” made Lin-Manuel Miranda a superstar, winning 11 Tonys and a Pulitzer Prize. Before then, he was already doing pretty well as the creator of “In the Heights,” which won four 2008 Tonys, including Best Musical. The touring show about New York’s largely Dominican-American neighborhood of Washington Heights came through Minneapolis in 2009. Next fall, we’ll see how the Ordway handles it. The version that opens here Sept. 12 will be an Ordway production.

Three out of four shows in the Ordway’s 2017-18 Musical Theater series, announced Thursday, will be Ordway productions, made with local talent on stage and off. Compare this to 2016-17, with only two of five shows produced here. (Still to come in 2017: the national tours of “Hedwig and the Angry Inch” and “An American in Paris.”)

Following “In the Heights” in September, the Ordway-produced “Annie” will settle in for a long run in December so families can catch it over the holidays.

Thanks to the Joyce Awards, the only program supporting artists of color in major Great Lakes cities, we’ll see a new exhibit in 2017 by print and graphic artist Amos Paul Kennedy Jr. and a new dance production in 2018 created by Ananya Dance Theatre. 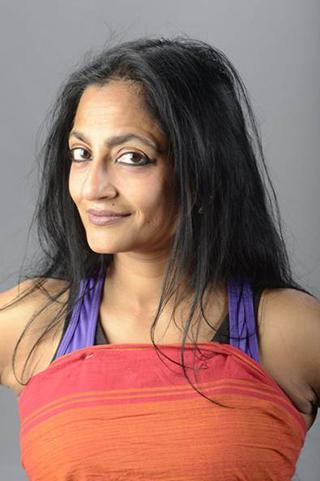 The Minnesota Center for Book Arts (MCBA) will commission Kennedy to create an exhibition for its biennial celebration in the summer of 2017 that will fill the entire 55,000-square-foot Open Book space. The O’Shaughnessy will commission Ananya Dance and its artistic director, Ananya Chatterjea, to develop and stage “Shaatranga,” a new work celebrating women’s labors as community sustainers and change agents.

The Joyce Award requires artists to engage community members to inform and shape their art. At MCBA, Kennedy will lead a series of free work sessions where participants from underrepresented community groups will learn to print signage by hand. Their prints will be featured in the exhibition. The Ananya collaboration will include students from St. Kate’s and refugees living in the Twin Cities.

A U of M graphic design professor has won the 2017 Minnesota Book Artist Award for what members of the award committee described as “a play on books, narratives, and libraries.”

Steven McCarthy’s winning piece, “Wee Go Library,” is a mobile collection of 22 books found in Little Free Libraries in the Twin Cities, altered and housed in a custom-built oak and pine display case with felt-lined drawers.

McCarthy altered the books using collage, rebinding, cutting, folding, tearing and gluing, then accompanied each book with a pamphlet about where it was found. In “Wee Go Library,” books their owners no longer wanted have been reborn as part of the larger library narrative.

A retrospective exhibition of McCarthy’s work will be on display Jan. 20 to March 26 on the second floor of Open Book. A reception and artist presentation will take place there on Friday, Feb. 10. McCarthy will receive an award at the Minnesota Book Awards event on April 8.

Good news for Christmas playlists and gift lists: Red House Records, our local label of all things folksy, rootsy, bluesy and (occasionally) jazzy, has finally gotten around to making a holiday album, “Christmas on the Lam and Other Songs from the Season.” 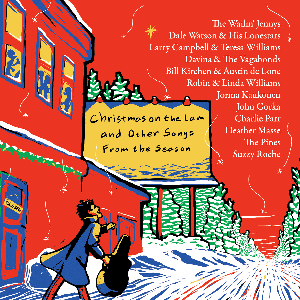 The Bluegrass Situation just named it one of the six best new holiday albums of 2016, right up there with Loretta Lynn’s “White Christmas Blue.”

It’s a mix of classic cuts by The Wailin’ Jennys, Suzzy Roche, John Gorka and Robin & Linda Williams with brand-new recordings. Our faves so far: Davina & The Vagabonds’ cover of “Santa Bring My Baby Back to Me” and The Pines’ ethereal take on Gordon Lightfoot’s “Song for a Winter’s Night.” Find it at your local record shop or online including the source. As Suzzy Roche sings, “You can’t reason with a cold hard wind,” but you can warm up with music.

Today (Friday, Dec. 9) at Macalester’s Weyerhauser Chapel: Steve Heitzeg’s “Catalogue of Human Rights” for solo piano. Today is Human Rights Day eve. Before dawn this morning, when most of us were still snug in our beds, Minnesota-based, Emmy-winning composer Heitzeg began playing his latest ecoscore, inspired by the Universal Declaration of Human Rights.  At the top of each hour, he’ll perform a new movement, then the previous hours’ movements, continuing through the day until midnight. The later you go, the more you’ll hear. The chapel is on the Macalester campus, on Grand west of Snelling. Free and open to the public.

Opens tonight at the Film Society’s St. Anthony Main Theatre: “The Age of Shadows.” South Korean filmmaker Kim Jee-Woon’s latest is a spy thriller set in the late 1920s, when Korea has fallen under Japanese rule. Lee Jung-chool (Song Kang-ho), a Korean police captain in the Japanese police force, is given a special mission to infiltrate the armed resistance fighting for Korean independence. He approaches Kim Woo-jin (Gong Yoo), a leader of the resistance, and the two become close, each knowing the other’s identity and intentions. The LA Times called this film “superb cloak-and-dagger entertainment.” It’s South Korea’s Oscar submission for Best Foreign Language Film. The trailer makes you want to be sitting in the darkened theater right now with a handful of popcorn, gazing up at the screen.  First showing 7 p.m. FMI including showtimes, tickets and trailer.

Tonight through Sunday at the Ted Mann: “TCGMC’s Gay Holiday Spectacular!” Inspired by the campy TV variety shows many of us remember, the Twin Cities Gay Men’s Chorus puts its own spin on the holiday concert. There will be the usual holiday favorites (“Sleigh Ride,” “The Chanukah Song”), a musical meeting between “Jingle Bells” and Handel’s “Hallelujah Chorus,” some business with the Grinch and a potentially unforgettable performance of “Recycle the Fruitcake.” With Copper Street Brass, the Sleigh Bell Dancers and TCGMC’s 12-man ensemble OutLoud! Please bring a Toys for Tots toy; U.S. Marines will be in the lobby to collect donations. 8 p.m. Friday and Saturday, 2 p.m. Sunday. FMI and tickets ($25-53).

Saturday and Sunday: “What Sweeter Music: Christmas with The Singers.” Traditional carols, joyous and contemplative music, brand-new carols by artistic director Matthew Culloton and Tesfa Wondemagegnehu (in the world premieres), and Britten’s “A Ceremony of Carols,” performed by the women of the choir in the original treble version, with guest harpist Min Kim. 7:30 pm. Saturday at St. Olaf Catholic Church in Minneapolis, 2 p.m. Sunday at Nativity of Our Lord in St. Paul. FMI and tickets ($21/33).

Way to make us forget (for a minute) that temperatures are starting to plummet. Think ahead, way ahead, to the warmth of Aug. 24, when the Canadian post-grunge hard rock band Nickelback opens the State Fair grandstand. You can buy tickets today ($80/$65) starting at 10 a.m. online, by phone (800-514-3849) or (today only) at the State Fairgrounds ticket office until noon.