Artistry Theater in Bloomington will present seven shows on two stages in its 2017-18 season, announced Friday. The Schneider Theater will host three musicals – and its first-ever Artistry-produced nonmusical. Angela Timberman will return to direct her second Artistry production; her first was 2016’s “Talley’s Folly,” which worked awfully well. And Open Eye Figure Theatre will travel south to Artistry’s Black Box for a play aimed at children.

This will be Artistry’s second full season under producing artistic director Benjamin McGovern, formerly of the Guthrie and the Jeune Lune. McGovern will direct two of the five productions in the Schneider. Artistry’s resident musical director Anita Ruth will return for four of those five productions.

The season will begin in the Black Box on July 8 with Open Eye’s “Millie and Tilly,” which rhymes with “silly.” On July 28, “Joseph and the Amazing Technicolor Dreamcoat” will open in the Schneider in a new staging by director/choreographer Matthew Michael Ferrell, with Andrew Lloyd Weber’s music and musical direction by Theatre Latté Da’s co-founder and resident music director Denise Prosek. Beginning Oct. 13 in the Schneider, Meredith Wilson’s “The Music Man” will show off Michael Gruber’s talents as choreographer and actor; he’ll star as Harold Hill. Timberman will direct.

Jason Robert Brown’s award-winning musical “The Last Five Years,” a portrait of a young couple’s first marriage, will open in the Black Box on Jan. 12, 2018. Back in the Schneider, Michael Frayn’s “Noises Off,” a farcical play-within-a play, will begin Jan. 16 under McGovern’s direction. Starting March 1 in the Schneider, playing only through March 4, Leonard Bernstein’s “Candide” will be presented in a concert version with a 10-member cast and 16-piece orchestra. Melissa Hart will direct.

The last production of the season will be Stephen Sondheim’s bittersweet, musically rich “Follies,” led by McGovern. The original Broadway production was nominated for 11 Tonys and won seven.

Tickets go on sale to current subscribers April 8. New subscriptions and single tickets will be available beginning May 8.

Attention, Ibsen fans: April 21-23 is your final chance to spend a weekend in lovely Lanesboro celebrating Norway’s greatest playwright. The Commonweal Theatre’s 20th Annual Ibsen Festival will be its last.

As has been the case for eight of those 20 years, the centerpiece will be a world premiere adaptation of an Ibsen play by Jeffrey Hatcher. This time it’s “When We Dead Awaken,” Ibsen’s rarely produced final work, a drama about a sculptor and his muse.

Other events during the jam-packed weekend include a “Twenty Years of the Ibsen Festival” panel, a new work of musical theater based on Ibsen’s “A Doll’s House,” using true stories of wives and mothers from across the country; an artist chat on creativity by Minnesota sculptor Nicholas Legeros, and a display of his bronzes; “The Last Two Minutes of the Complete Works of Henrik Ibsen,” the final moments of all of Ibsen’s works in one crazy production; and aquavit. 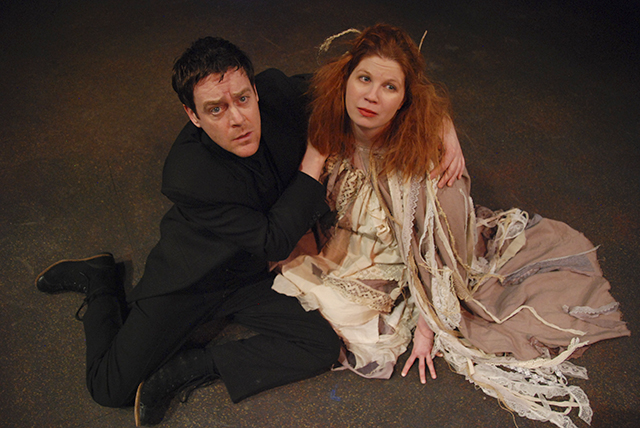 The Commonweal built an international reputation – and won a major award from the Norwegian government – for its commitment to the works of Ibsen. It has been the only theater company in North America producing an Ibsen play every year.

FMI, including a complete schedule of events. You might want to book a room now at one of Lanesboro’s sweet B&Bs. And take a look at the video Steve Date made for MinnPost in 2012 about the festival.

AIDS Memorial Quilt at the Capitol

A portion of the historic AIDS Memorial Quilt featuring Minnesotans who died of AIDS is now on display at the Minnesota State Capitol.

The largest ongoing community arts project in the world – because people are still dying, the quilt is still growing – includes more than 48,000 panels representing over 94,000 people. Because the whole thing weighs 54 tons, it travels in segments. The one at the Capitol was unveiled Monday during the Minnesota AIDS Project’s (MAP) annual AIDS Action Day. 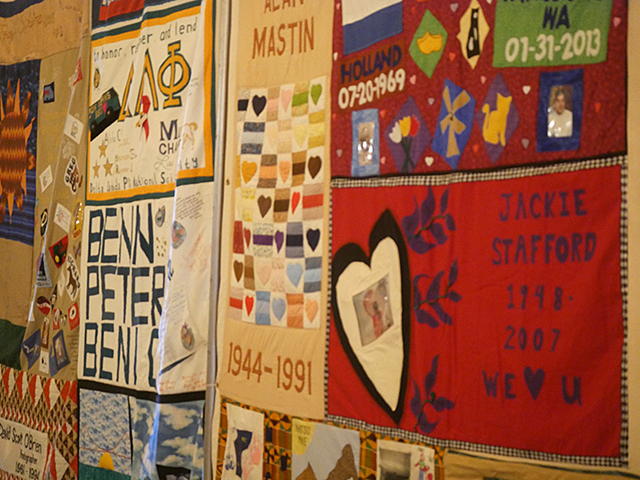 To date, more than 700,000 people have died of AIDS-related causes in the U.S., 35 million worldwide. “Having the quilt at the State Capitol reminds us all that the fight to end the spread of HIV continues, and that we must all work towards a Minnesota where those living with HIV get the care they need to live and to thrive,” MAP leader Duane Bandel said in a statement.

The panels are in the North Corridor behind the Capitol Rotunda until Thursday, March 30.

Opens tonight (Tuesday, March 28) at the Historic Wesley Center: “To Begin With.” The return of a play by Jeffrey Hatcher that premiered at the Music Box Theatre in 2015. The play is about a period in Charles Dickens’ life when he wrote a version of the Christian Gospels for his children called “The Life of Our Lord.” The actor who stars as Dickens is his real-life great-great grandson, Gerald Charles Dickens. The last time through, the play earned glowing reviews; the Star Tribune called Dickens “a master showman.” 7:30 p.m. FMI and tickets ($20-25). Buy in person at the New Century Theatre box office, save on fees. Tomorrow’s performance (Wednesday, March 29) includes a writers’ talk back with Hatcher and Dickens. Ends April 15.

Wednesday and Thursday at the Ordway Concert Hall: Miah Persson and Malcolm Martineau. Swedish concert and operatic soprano Persson was originally scheduled to perform with Austrian baritone Florian Boesch in the Schubert Club’s International Artist Series. Due to illness, Boesch can’t make it, but no worries; Persson is stupendous. Hearing her sing “O mio babbino caro” on YouTube gave us those wonderful music-related chills. With Edinburgh-born Martineau at the piano, she’ll sing mostly Schubert and will more than hold the stage. Coffee concert at 10:30 a.m. Wednesday, evening concert at 7:30 p.m. Thursday. Preconcert talk one hour earlier on both days. FMI and tickets ($28-67).

Opens Friday at the Minnesota Transportation Museum’s Jackson Street Roundhouse: “The Ghost Train.” Love site-specific productions? We can’t imagine a better place to stage Arnold Ridley’s “The Ghost Train” than the Transportation Museum. Written in 1923, it’s a comedy thriller about a group of travelers stranded – where else – in an abandoned train station in Maine. A writer for the Guardian called it “the world’s scariest play.” Depending on the night, you can choose the play only, or the play with vintage bus brewery tour, or the play with dinner on board the vintage train car inside the museum. Presented by the Mission and Wayward Theatre Companies. 193 Pennsylvania Ave. E., St. Paul. 7:30 p.m. FMI and tickets ($15-40 sliding scale). 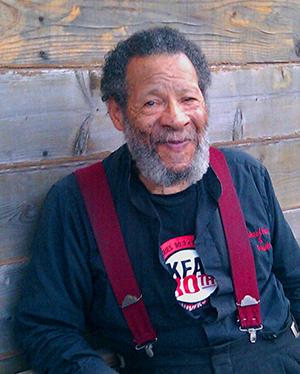 Saturday at the Film Society’s St. Anthony Main Theatre: National Theatre Live: “Hedda Gabler.” Ruth Wilson (“Luther,” “The Affair,” “Jane Eyre”) plays the title role in a modern version of Ibsen’s play by Patrick Marber (“Notes on a Scandal,” “Closer”) that has been getting rave reviews. If Wilson can hold her own in the same frame as Idris Elba (“Luther”), she can handle this. Directed by Ivo van Hove. 1 p.m. FMI, tickets and trailer ($20).

Cornbread Harris – born James Samuel Harris – is celebrating his 90th birthday with a party and a new CD, “Cornbread Live @ the Hook.” The Cornbread has been playing blues, boogie woogie and rock piano for Twin Cities audiences for seven decades. Aka Jimmy Jam’s dad, he still has chops and charisma to burn. See for yourself on Saturday, April 22, at the Hook & Ladder Theater. Tickets are on sale now ($12 advance, $15 day of show).