The 24th annual Minnesota Fringe Festival will begin Aug. 3, just a week from this Thursday. With 850 performances of 167 shows by more than 1,000 artists at 17 locations throughout Minneapolis, it’s a big one – the Midwest’s largest performing arts festival. Some 50,000 people are expected to attend.

Experienced Fringers have their VIP passes or day passes. They’ve roamed the website, studied the show list and started planning their schedules. Less experienced Fringers and newbies – you can do this. Think of Fringe as an 11-day progressive dinner of drama, comedy, music, opera, storytelling and dance. All shows are 60 minutes long. All start on time (which means be there on time or you won’t be seated). A day pass ($22 for a Saturday or Sunday, $16 for a weekday) gets you into as many shows as you can jam into that day; the most is four on a week night, seven on a Saturday or Sunday. You can guarantee your seat with a $3.75 reservation.

Fringe is a bargain and a roll of the dice. All Fringe shows are chosen by lottery, meaning anyone can end up onstage. (Sad news: Bollywood Dance Scene did not win a spot this year.) While some shows will be very good, others won’t be. Once Fringe is under way, reviews will start appearing on the website almost immediately. Trust them. Fringers in line for shows will talk about what they’ve seen and liked or not. Listen in, ask questions, add your own two cents. Audience members, artists, staff and volunteers (there are 350 volunteers) will share stories and reviews over bar food and beer at Grumpy’s Downtown, this year’s Fringe Central, the official post-show hangout.

Pre-Fringe, one way to get a sense of what’s worth seeing is at a free Fringe Preview night. The first took place last Monday the 17th, the second last night (the 24th) and the third (for touring artists) is set for next Wednesday, Aug. 2. Each includes three-minute excerpts from 30 Fringe shows. You can learn a lot in three minutes. We went to the first two preview nights, and while we won’t tell you which shows to avoid, we will point you toward a dozen that look very promising. These are shows whose previews left us wanting more.

“Blackout Improv” by Rogues Gallery Arts. Making its Fringe debut, the all-black improv troupe seen each month at the Phoenix Theater – and earlier this month in the New Griots Festival at the Guthrie – will present its trademark mix of humor, silliness and social commentary. Each show will feature a special guest. On Monday, Aug. 7, the guest will be Jason Sole, head of the Minneapolis NAACP.

“Couple Fight 3: Weddings!” by Weggel-Reed Productions. In the latest addition to the popular “Couple Fight” series, actual couples re-enact fights they have had in real life. The snippet we saw – about tiny pies in Mason jars – was wickedly funny.

“A Mermaid Abroad & A Fish Out of Water” by Mermaid Productions. Frequent Fringe performers Ariel Leaf, Scot Moore and Ben Layne bring us along on their travels in a show the Fringe has included in its “Something Different” category.

“Odd Man Out” by Underdog Theatre. A play about being black in America by Kory LaQuess Pullam, who just finished a run at the Park Square in “Idiot’s Delight” and is a founding member of Blackout.

“Out of the Shadows” by Gabriel Mata/Movements. A theatric dance solo with leaps, swivels, and pas de bourrées, set within a narrative. Mata is a choreographer and dancer with Zenon.

“A Pickle” by Really Spicy Opera. Twin Cities comedic actress Angela Timberman made her directorial debut at Bloomington’s Artistry in 2016. She makes her Fringe debut in Deborah Yarchun’s one-woman play about a pickle recipe – not a recipe, actually, but a lineage.

“Playwrights on a Train” by Trompe L’Oeil. Hyman Gaines is a playwright fresh out of prison for murdering his wife. Antonia Brunowski is a playwright who happens to be seated next to him on a train. And there’s an Alfred Hitchock character.

“The Pursuit of Awesome” by Northstarter Productions. “The problem with juggling,” David M. Harris says, “is there is no reason for anyone to juggle, ever. Juggling says, ‘I’ve spent hundreds of hours alone in my basement!’ ” Combining self-deprecating humor with dance, clowning, acrobatics and stunts like squeezing through a balloon, Harris celebrates the strangeness (and awesomeness) of physical comedy.

“Repertoire Dogs” by Ideal Productions. Celebrity voices are recast in iconic movie roles. Examples: Michael Caine in “When Harry Met Sally” and Tim Gunn (of “Project Runway”) in “The Notebook.” It looks like Kit Harington (the actor who plays Jon Snow in “Game of Thrones”) might be a running joke in this hour of impressions.

“RomCom-Con: A Meet-Cute Musical” by August Moon Productions. From the creators of the previous Fringe hits “Oregon Trail: A Musical” and “Gilligan: A Tropical Musical,” this looks like a winner. The excerpt hinted that two people will met and fall in love over the RomComstitution, “the formula by which every single romantic comedy has ever been made.”

“The Wright Stuff, or You’ll Believe They Can Fly” by Outlandish Productions. The three-minute excerpt of this comedy about the Wright Brothers was highly physical, with Josh Carson (Wilbur) and Andy Kraft (Orville) throwing themselves on the ground over and over again. But with a cast of nine, including Mike Fotis, there’s bound to be more to it. 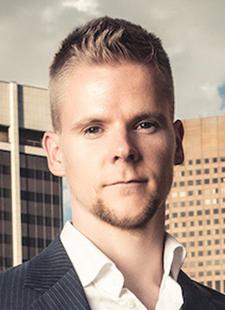 Starts Wednesday at the Guthrie’s Dowling Studio: “Incurable: A Fool’s Tale.” Each summer, the Guthrie hosts an eight-week actor training program that brings together graduate student actors from across the U.S. Along with attending classes and workshops, they devise a work of theater to be performed for the public. Marcela Lorca directs this year’s creation, “Incurable: A Fool’s Tale.” 7:30 p.m. Wednesday-Saturday, 1 p.m. Saturday and Sunday. FMI and tickets ($9).

Wednesday and Thursday at the Dakota: Pharoah Sanders. Passionate and powerful on stage, Saunders played with John Coltrane in the mid-1960s and was considered by many to be Coltrane’s natural heir. The Grammy-winning saxophonist and NEA Jazz Master is famous for his incendiary solos. Sanders doesn’t come through the Twin Cities very often; he was last at the Dakota in 2013. 7 and 9 p.m. FMI and tickets ($25-45). 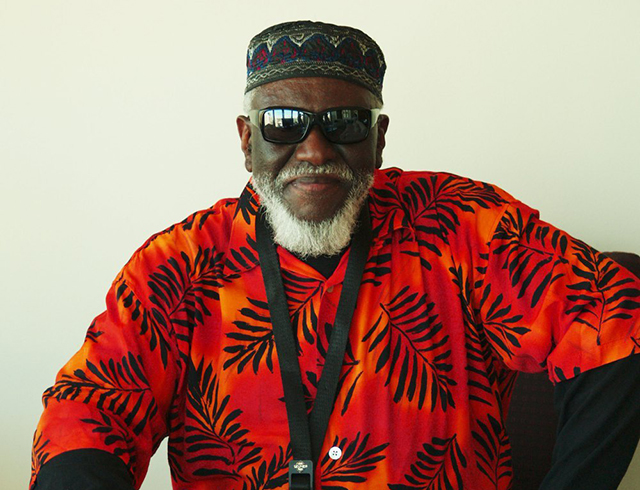 Next Tuesday at Common Good Books: Devoney Looser presents “The Making of Jane Austen.” During Jane Austen’s lifetime, almost no one knew who she was. Her books, including “Pride and Prejudice,” were all published anonymously. So how did she become one of the most famous authors in the Western canon? Rather than write another Austen bio, Looser looks into how a literary icon is made. If this sounds potentially dullsville, Looser looks to be a lively and interesting presenter. (Give the video a little time before you click away.) 7 p.m. Free.

Ends Sunday: “Penumbra Theatre at 40: Art, Race and a Nation on Stage” at the Minnesota History Center. A backstage look at the nation’s preeminent African-American theater. Definitely worth going if you need a reminder – or want to know more – about why Penumbra matters and its storied history. Also: Chagall’s “Double Portrait With Wine Glass” at Mia. On loan from the Museum of Modern Art in Paris, this joyful painting will soon say au revoir. It’s in the Cargill Gallery on the first floor, so you can grab a parking space, run in and take a look.

Tickets to the 12th season of the Met’s Emmy- and Peabody-winning “Live in HD” series. Performances from New York City’s Metropolitan Opera, beamed in real time to movie theaters, where the seats are extra-comfy, it’s OK to munch on popcorn, and you can take a break whenever you want. This season includes a new production of Bellini’s “Norma” (Sondra Radvanovsky, Joyce DiDonato); James Levine conducting Julie Taymor’s production of Mozart’s “Die Zauberflöte”; the Met premiere of Thomas Adès’ “The Exterminating Angel,” conducted by the composer, based on the screenplay for the 1962 Buñuel film; a new production of Puccini’s “Tosca,” with Bryn Terfel as Scarpia; and you can go online to learn about the rest.

A dozen must-see shows at the Fringe; Pharoah Sanders at the Dakota