Dangerous Productions will make a music video about Frogtown. Public Art Saint Paul will build an aardvark-shaped storage shed at Western Sculpture Park, as a centerpiece for programming there. Ten Thousand Things Theater will create a bilingual show and tour it to nontraditional Latinx community locations. The Friends of the Saint Paul Public Library will transform the exterior of the Rondo Library with public art. Border CrosSING will combine a bilingual version of Handel’s “Messiah” with music from 18th-century Mexico. Greg Watson will print poems on paper fans and hand them out at the Minnesota State Fair. Mixed Blood Theatre will mount a play audiences will watch from their cars in a drive-through theater.

That is, if they win the 2017 St. Paul Knight Arts Challenge. Their ideas are among the 65 chosen as finalists and announced Monday. All have been greenlighted to try for a share of $1.3 million Knight will award the winners.

This is the fourth year of the Knight Arts Challenge, originally a three-year program of $4.5 million, part of $8 million in funding for the arts in St. Paul that Knight announced in 2014. In the first three years of the challenge, there were 109 winning ideas. Murals along Snelling Ave., a tiny art museum, a floating library, lunchtime classical music concerts and “improvgrams” – live improvisations in the capital city – have all happened because of the Knight Arts Challenge.

Knight funds the arts because the arts inspire communities and connect people to each other and their city. Finalists were also announced in Akron, Detroit, and Miami, three more Arts Challenge cities. Challenges are open to anyone, and applicants follow just three rules: 1) the idea must be about the arts; 2) the project must take place in and benefit their city; 3) the grant recipient must find funds to match Knight’s commitment within one year.

Here’s the complete list of St. Paul Challenge finalists. Winners will be announced on Oct. 4. Between now and then, finalists will submit detailed proposals, which will be reviewed by a panel of local artists and arts advocates.

Tonight (Tuesday, Aug. 15) at Common Good Books: Louis Jenkins reads from his new collection “In the Sun, Out of the Wind.” Jenkins also wrote “Nice Fish,” a book Oscar-winning actor Mark Rylance liked so much that he worked with Jenkins to turn it into a play, which premiered at the Guthrie and went on to New York and London’s West End. That was a flash of glory, but mostly Jenkins turns out what many people believe are the best prose poems anywhere: brief, often humorous, sometimes heartbreaking observations on everyday life. Here’s one from his new book, heard last Saturday on Garrison Keillor’s “The Writer’s Almanac.” Maybe Jenkins will read this one tonight. 7 p.m. Free.

Wednesday at Como Park: Bee Real Bee Everywhere: Sculpture and Pollinator Project. Public Art Saint Paul is celebrating its 30th birthday with parties in every ward. Como Park is in Ward 5, and this event is all about bees. See the newly installed bee “high-rise” (which was featured during Northern Spark in June), hear from artists Christine Baeumler, Amanda Lovelee and Julie Benda, and see the bee cargo bike, the Office of Urban Pollen Exchange, in action. At the intersection of Horton and Como Aves. 6-7:30 p.m. Free. Bee there. 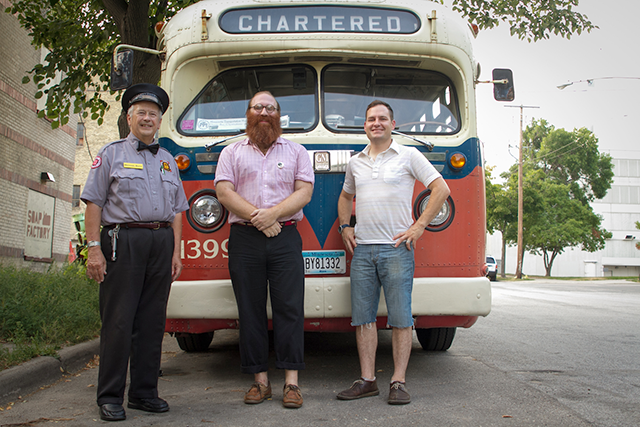 Courtesy of the Soap Factory
The Common Room bus tour with an MTC bus driver, Andy Sturdevant and Sergio Vucci.

Wednesday starting at the Soap Factory: Common Room: The Sacred Spaces Tour. Artist, author and writer Andy Sturdevant moved to the Twin Cities in 2005. He knew and understood more about our urban landscape in five minutes than most of us learn in a lifetime. The Common Room summer series, now in its ninth year, is our chance to go exploring with Sturdevant and artist Sergio Vucci. Wednesday’s event, a bus tour, takes a broad view of sacredness: what it is, where to find it, what it does, and how we can access it. Since sacredness is a sprawling topic with fuzzy edges, we asked Andy and Sergio for some clarification. Plans are to meet a therapist near the Stone Arch, stop by the Abubakar As-Sadique Islamic Center, visit the Minnesota Zen Meditation Center and talk about the sacred space in relationships, “but there’s not really a stop for that one,” Sergio says. Meet at the Soap Factory at 6 p.m. Free. 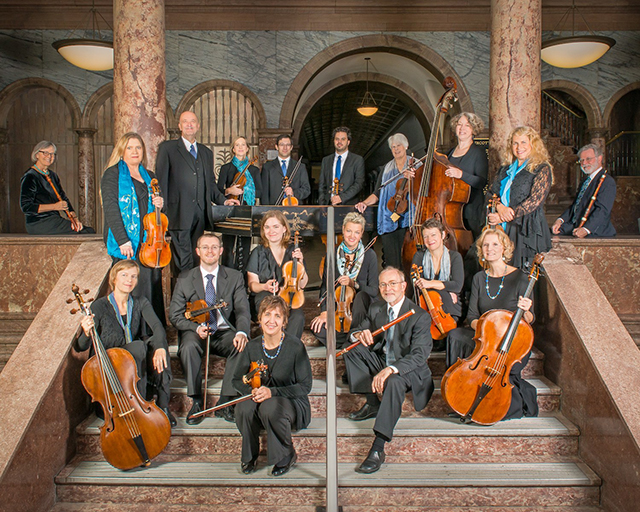 One of the 25 best things we saw and heard in 2016 was a sold-out concert at Orchestra Hall with Cantus and Chanticleer. It wasn’t a cutting contest, but both male choruses were big show-offs, both sounded fantastic, and there was real electricity in the room. On Thursday, Sept. 21, Cantus will meet the legendary Sweet Honey in the Rock on the same stage. The all-woman African-American a cappella ensemble always brings it, and they have a huge fan base here, so this will be something special. Cantus fans will know that one of the group’s signature songs, “Wanting Memories,” was written by former Sweet Honey member Ysaye Barnwell. 7:30 p.m. FMI and tickets ($30-100).