One of the world’s greatest jazz bands, the Jazz at Lincoln Center Orchestra led by Wynton Marsalis, will play a concert at Orchestra Hall on Sunday night. We’ll cut to the chase and give you five reasons to go.

1) JLCO is an exceptional ensemble. The 15 musicians (16 until the death of saxophonist Joe Temperley in 2016) are all top tier, and they have played together for years. Most are composers and arrangers as well as soloists. We’ve seen them many times and have always left feeling we’ve heard something special and stratospheric.

2) It’s the only big band led by an artist who has won 10 Grammys (including two for classical music), more than 20 honorary degrees, the National Medal of Arts and the Pulitzer Prize for Music. Wynton Marsalis is a cultural force and the best-known living jazz artist in the world. He sits in the back row with the other trumpets.

3) Jazz at Lincoln Center – for which JLCO, founded in 1988, is the flagship band – turns 30 this year. It’s a major cultural institution with a massive education operation reaching thousands of schools; popular multimedia offerings including educational videos and streams of concerts; webcasts, radio shows and three performance spaces (the Appel Room, the Frederick P. Rose Hall, and Dizzy’s Club Coca-Cola) in a building on tony Columbus Circle in New York.

4) JLCO just released its latest album, “Handful of Keys,” on the Blue Engine label. But they’re not out pumping the album. What will they play at Orchestra Hall? We don’t have a clue. After years of touring – over 300 cities in more than 35 countries on 6 continents – the JLCO songbook is vast. They can play anything, as long as it’s traditional bop, swing, or New Orleans jazz, or close. Marsalis has firm ideas about what jazz is and isn’t. He told the New York Times, “We are a music that is constantly asked to abandon its own identity to become another thing. Why? What’s wrong with our identity?” Not everyone agrees with him about what jazz is, isn’t, was or should be, none of which makes JLCO any less excellent or musical.

5) If you miss this performance, you might wait a long time before JLCO comes this way again. They were last in Minneapolis in December 2014, three years ago. Before then was March 2010, back when Orchestra Hall had a jazz series that brought national acts to the big stage. That series began when Lilly Schwartz was hired in 2006 as director of pops and special projects and ended when she left in November 2013, during the lockout. The upcoming JLCO performance isn’t part of the Minnesota Orchestra season; it’s a Dakota Jazz Club event taking place at Orchestra Hall. To be clear, the Minnesota Orchestra still has a jazz series, Jazz in the Target Atrium, curated by Jeremy Walker. But it’s smaller, it’s not in the Hall, and it features mostly Twin Cities-based musicians, with occasional guests. In short, snooze and lose. JLCO is rare around these parts.

Graywolf is back in book awards spotlight

Oh, just give all the National Book Awards to books published by Graywolf Press in Minneapolis. When the longlists were announced last week, five titles were from Graywolf. One is in the fiction category, “Her Body and Other Parties: Stories” by Carmen Maria Machado; one is in the nonfiction category, “Bunk: The Rises of Hoaxes, Humbug, Plagiarists, Phonies, Post-Facts, and Fake News” by Kevin Young; and three (out of 10) are in the poetry category, “WHEREAS” by Layli Long Soldier, “Don’t Call Us Dead: Poems” by Danez Smith and “Afterland” by Mai Der Vang.

Machado, Long Soldier and Smith will all be at Graywolf’s second annual literary salon on Wednesday, Sept. 27, at Aria. The event, a fundraiser, was announced in July, before the longlists came out. It should be extra festive now. FMI and tickets.

Graywolf doesn’t publish young people’s literature, which is probably the only reason it’s not represented in that category as well. But another of its authors, Erika L. Sánchez (“Lessons on Expulsion: Poems”), is on that longlist for “I Am Not Your Perfect Mexican Daughter,” which was published by Knopf.

Machado’s “Her Body and Other Parties” was also named a finalist for the $50,000 Kirkus Prize. The Kirkus finalists further include Valeria Luiselli’s “Tell me How It Ends: An Essay in 40 Questions,” published by Coffee House Press in Minneapolis, and Minneapolis writer Lesley Nneka Arimah’s “What It Means When a Man Falls from the Sky,” published by Riverhead, part of Penguin Random House.

Emily Fridlund, formerly of Edina and now living in New York, has been shortlisted for the Man Booker Prize for her novel “History of Wolves.” If she wins, she’ll have to move back to Minnesota so we have two Man Booker winners in residence, the first being Marlon James, who won in 2015 for “A Brief History of Seven Killings.”

Tonight (Wednesday, Sept. 20) at the Cedar: Global Roots Festival. The Cedar’s annual free celebration of international music ends with performances by Iranian musician Sahba Motallebi, one of the few female soloists on the lute-like tar and setar, and Cape Verdean accordionist Bitori (Victor Tavares), whose specialty is the rousing, upbeat funaná, which was banned before independence in 1975 but has since become hugely popular in dance clubs. Doors at 7 p.m., show at 7:30. Come for free pizza on the plaza from Pizza Luce starting at 6 p.m., with music by Breck Academy’s marimba band Bato Bato and Minneapolis’ elder Somali oud player, Argos. Free, but reservations are encouraged. Standing shows, all ages. 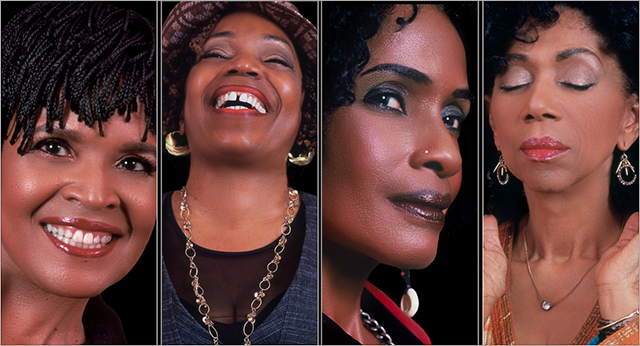 Thursday at Orchestra Hall: Cantus and Sweet Honey in the Rock. Last year around this time, a joint concert featuring Cantus and Chanticleer sold out Orchestra Hall. This year, our superb men’s vocal ensemble will be joined by Sweet Honey in the Rock, a group Cantus has long admired and whose songs it has often sung. (Cantus’ “Would You Harbor Me” concert was named for a song by former Sweet Honey member Ysaye Barnwell. Here’s a video of Cantus and Sweet Honey in rehearsal.) Cantus recently returned from its first-ever tour of East Asia, which included concerts in eight cities in South Korea and China; later this month, the eight-man ensemble will be featured at an international choral festival in Taipei, Taiwan. Thursday’s performance, the first time Cantus and Sweet Honey will share a stage, promises to be moving, inspiring and beautiful. FMI and tickets ($30-100 VIP).

Friday through Sunday at the Trylon: Grand Reopening Weekend with “The Great Dictator” and The Poor Nobodys. No longer the Trylon Microcinema – when you double your number of seats from 50 to 100, you get to drop the diminutive – the revival house is back with a new entrance, bigger auditorium, new lobby and courtyard. The weekend’s screenings are a double bill of Charlie Chaplin’s 1917 silent short “The Immigrant,” with a live original score by The Poor Nobodys, and his 1940 masterpiece “The Great Dictator.” Friday is sold out but tickets ($12) are still available to screenings on Saturday and Sunday. Here’s some background on the Trylon redo. (The reopening was pushed out a month due to construction delays.) 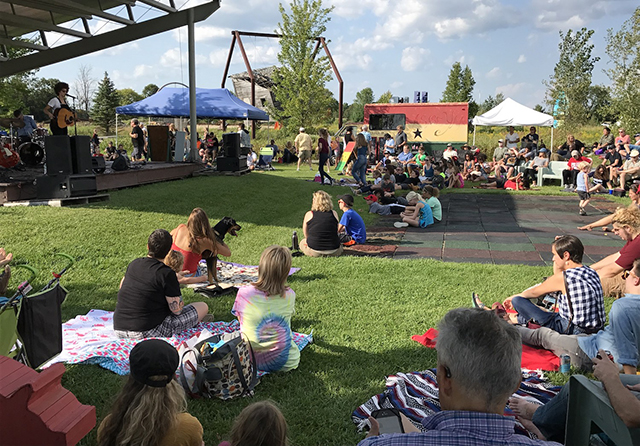 Courtesy of Franconia Sculpture Park
Franconia is home to an ever-changing exhibition of more than 100 monumental sculptures in wide-open spaces.

Saturday at Franconia Sculpture Park: 21st Annual Art & Artists Celebration. Located on 43 acres in the scenic St. Croix River Valley, founded and run by artists, accessible to all and free year-round, Franconia is home to an ever-changing exhibition of more than 100 monumental sculptures in wide-open spaces. If you’ve never been, the annual celebration is a perfect time to go. Stroll the mowed and gravel paths, see new art, meet current resident artists, enjoy live music at Franconia’s Earthen Amphitheater, take a guided tour, and enjoy family art-making projects led by alumni artists. Bring a picnic or buy food and drinks from local vendors. Trust us on this; you’ll have a great time, and kids love Franconia. Parking is $5 per vehicle and there is a small fee for some activities. Dogs on-leash are welcome. 11 a.m.-6 p.m. FMI including live music schedule.

Saturday and Sunday, three locations: Bouchra Ouizguen and Compagnie O: “Corbeaux” (Crows). First staged at the Marrakesh train station, Moroccan choreographer Ouizguen’s work has since traveled the world. Performed in nontheater spaces by a 22-member, multigenerational group including Moroccan and Minnesota women, it’s fierce and ritualistic. Ouizguen calls it “a sound sculpture, raw and urgent.” 12 p.m. Saturday in the Minneapolis Sculpture Garden; 4 p.m. Saturday at North Commons Park; 1 p.m. Saturday at Rice Park. Free. Here’s an article about “Courbeaux” on the Walker’s website, with a video, if you want to take a look. But you don’t have to understand it to feel it and experience it.