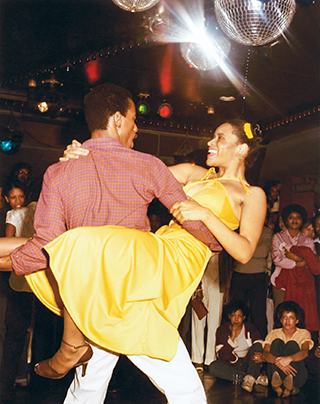 Courtesy of the Minnesota Historical Society
Photograph by Charles Chamblis.

In May 2014, we went to see an exhibit at the Minnesota History Center called “Toys of the ’50s, ’60s and ’70s.” On the way out, we stopped by another gallery because we’d heard that the purple suit Prince wore in “Purple Rain” was on display. After admiring the purple jacket with spangled shoulder, white shirt with ruffled front and sleeves, and studded black pants, we looked up. Hanging on the walls all around us were mostly color photographs of black people – at family picnics and city lakes, dancing in clubs, getting married, hanging out, performing on stage in matching suits. We had stumbled into a show called “Sights, Sounds & Soul: Twin Cities through the lens of Charles Chamblis.”

That show has now become a book filled with images by Chamblis, aka “Pictureman” and “Cameraman,” a documentary photographer who was born in Pittsburgh in 1927 and moved to Minneapolis in 1957. Sometime during the 1960s, his wife, Jeannette, gave him a camera. According to the text by Davu Seru, a St. Paul-based jazz drummer and scholar of African-American literature and culture, Chamblis “took up the task of documenting the blooms – ‘the best’ of what the black Twin Cities had to show itself and that very consequential gaze of others.”

He captured what Seru also calls the “remarkably ordinary.” People living their lives in “a time not far off but too near forgotten.” Many of the photographs are candid shots. There are fashion models, kids, softball teams, family reunions and community events. Some faces are famous: Prince in his early days; Jimmy Jam and Terry Lewis; Rosa Parks, Alex Haley, Eartha Kitt and Julian Bond during stopovers; Minnesota Vikings Carl Eller, Chuck Foreman and Alan Page. Some subjects are identified as “woman” or “man,” “wedding group,” “sister and brother,” their names unknown.

Most photographs were taken during the 1970s and ’80s. Chamblis died in 1991, leaving his pictures and cameras to his daughter Reva. She gave more than 2,000 of the photographs to the Minnesota Historical Society. The book came out Nov. 1 from the Minnesota Historical Society Press, and a new exhibit will open tonight (Wednesday, Nov. 15) at Mill City Museum. The opening party will feature music by Minneapolis funk and soul pioneers Prophets of Peace and remarks by Seru. A cash bar will be available.

Each year around this time – the weekend before Thanksgiving – serious art collectors and bargain hunters rub shoulders at the MCAD Art Sale. Some are looking for the next important emerging artist to add to their collections; some just want a piece of original art to hang on a wall. The average price is consistently around $100 (there are lots of pieces under $100) and nothing costs more than $1,500.

Close to 7,000 pieces created by 400 students and alumni will be available for sale starting Thursday. Artists price and sell their own work and keep 80 percent of the proceeds; the other 20 percent goes to the MCAD Art Sale Scholarship Fund. Several MCAD alums have launched their careers at the sale, including Bobby Rodgers, whose one-man show, “The Blacker the Berry,” is currently at Public Functionary.

You can preview the show online. Just don’t expect a personal shopper when you arrive. Once you’re there, you’re on your own, and so is everyone else. Sharpen your elbows and pad your tender parts.

Now at the Film Society’s St. Anthony Main Theatre: “BPM (Beats Per Minute).” France’s official Oscar contender, Robin Campillo’s drama about AIDS activism in Paris in the early 1990s is also a love story. The film has an amazingly high (98% Fresh) rating on the Tomatometer, with critics heaping praise. Campillo is a former ACT UP organizer. FMI including trailer, times and tickets ($5-8.50). Through Thursday, Nov. 16; shows again Nov. 20-22.

Thursday through Saturday at the Ted Mann: “Idomeneo” and Thursday through Sunday at the Ordway: “The Marriage of Figaro.” Two Mozart operas at the same time! What are we, New York? In the former, a drama produced by the U of M’s University Opera Theatre, Trojan war hero Idomeneo promises the gods he will sacrifice the first person he sees in return for a safe journey home. That person is his son Idamante. FMI including times and tickets ($5-25); 612-624-2345. The latter, perhaps the most perfect opera ever written, is a glorious comedy of errors, switched identities, love and class conflict, presented by the Minnesota Opera in a lavish new staging with a stellar cast. FMI including times and tickets ($22.50-220); 612-333-6669.

Thursday at Beth El Synagogue: “Haven’t I Hidden Your Name?” Ragamala Dance founder Ranee Ramaswamy conceived and choreographed this new dance work as a solo performance for company member Tamara Nadel. Rooted in the writings of the Sephardic Jewish poets of medieval Spain, explored through the language of the classical Indian dance form Bharatanatyam, and performed to live music, it’s a meeting of Hindu and Jewish traditions and themes. It’s also a chance to see Nadel own a spotlight she usually shares. 7:30 p.m. FMI and tickets ($10 advance, $15 door).

Thursday at the Machine Shop: Emily Wells: “The World Is Too ____ For You.” The SPCO’s Liquid Music tries a new venue for the world premiere of a work it commissioned. Wells is a violinist, singer, producer and composer who mixes schools and influences, classical instrumentation and electronics to create music of the here and now. “The World Is Too ____ For You” includes new work inspired by hymns, imagined eulogies and arrangements of Wells’ music by violinist/composer Michi Wiancko, plus new video work designed by Wells. The performers are Wells, Wiancko, percussionist Greg Fox (last seen here with Colin Stetson) and members of the SPCO. As ever with Liquid Music, anything can happen. Doors at 6:30 p.m., music at 7:30. FMI and tickets ($16/20); 651-291-1144. 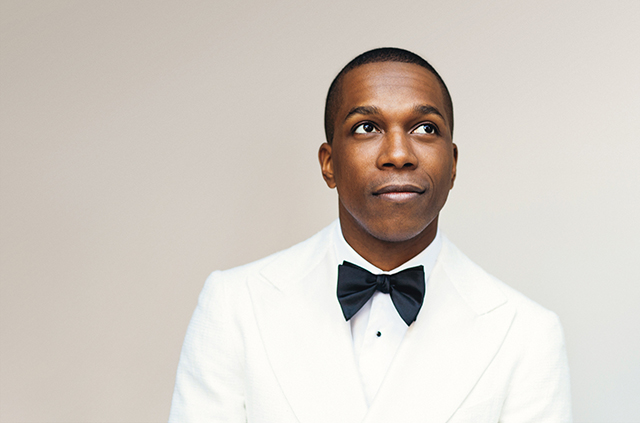 UPDATE: This concert has been canceled. Odom will perform with the orchestra instead on March 24, 2018. Saturday at Orchestra Hall: Leslie Odom Jr. Performs with the Minnesota Orchestra. You might – might – still be able to score a ticket to this concert with the “Hamilton” star (Odom won the Tony for his role as Aaron Burr), currently appearing on the big screen in Kenneth Branagh’s new “Murder on the Orient Express.” Serious wattage. Sarah Hicks conducts. 8 p.m. FMI and tickets ($40-105).

If you’re out shopping anyway, get a taste of the Christmas spirit at Southdale on Sunday. At 2:30 that afternoon, 140 student musicians from St. Olaf College will give an a cappella pop-up performance, a prelude to the annual St. Olaf Christmas Festival to be held Nov. 30-Dec. 3 in Northfield. The theme of the 2017 festival is “Ris’n with Healing in his Wings.” Here’s a video of the 2016 pop-up performance. Awesome.