From seven years of Northern Spark, the all-night, dusk-to-dawn arts festival, we’ve learned that things change. To begin with, it moves around – from both cities (the first sprawling festival in 2011) to just Minneapolis (2012), just St. Paul (Lowertown in 2013), the Minneapolis riverfront (2014), the Minneapolis metro (2015), back to the riverfront (2016) and, craziest yet, seven neighborhoods along the Green Line, from the Commons to Lowertown (2017).

For 2018, Northern Lights.mn, the parent organization, is scrapping the one-night, dusk-to-dawn framework for two nights – Friday and Saturday – and an earlier closing time of 2 a.m. “We love the dawn as much as the 2% of Northern Spark attendees who stay until the end,” they said in a release, “but after some very bad weather and several years of barely dodging thunderstorms, we want to ensure that the effort artists put into their projects is not washed out by increasingly volatile weather.” So mark your calendars for June 15 and 16, 2018, 9:02 p.m. to 2 a.m. That’s the third weekend of June, not the usual second week.

The theme for 2018 is “Commonality.” The locations: the Commons, the Minneapolis Central Library and Nicollet Mall, all public gathering places. The goals: countering divisiveness, finding commonality, opening dialogue and creating relationships.

We never made it all the way to dawn, even when the Spark had pancake breakfasts. Two o’clock is doable. Even two nights in a row.

Is music streaming good, bad or somewhere in between? That argument has raged since the early days of Napster. One of the most eloquent and vociferous anti-streaming voices today is that of Maria Schneider, the Grammy-winning jazz composer and bandleader from Windom, Minnesota. You can read her thoughts here.

The sale of albums/CDs was once an important source of income for musicians. Those days are mostly over. Still, many artists said no to streaming for a long time. The Beatles’ music only became available on Spotify and other streaming services on Christmas Eve 2015. Prince’s went up on Feb. 12 of this year. Taylor Swift held out, then said yes, but said no to putting up her new album, “Reputation.” Neil Young was on, then off, and is back on again. Beyoncé’s “Lemonade” is on her husband Jay Z’s Tidal but not on Spotify. And so on.

That being said, the German label ECM Records (the ECM stands for Edition of Contemporary Music) issued a press release Tuesday saying, in part: “…. [From] November 17th, the full ECM catalogue will be available to subscribers to services including Apple Music, Amazon, Spotify, Deezer, Tidal and Qobuz. … Although ECM’s preferred mediums remain the CD and LP, the first priority is that the music should be heard.” 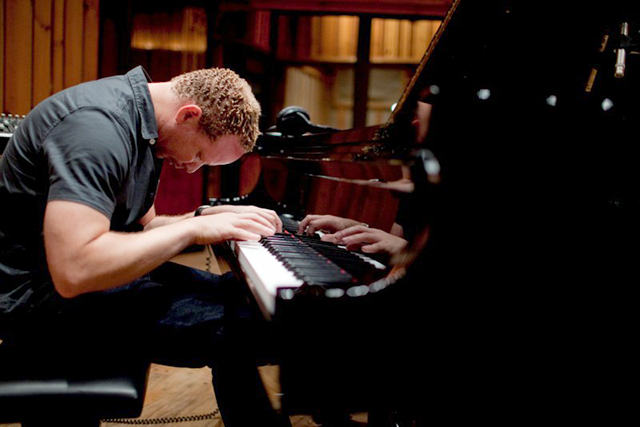 This is died-and-gone-to-heaven material. So enjoy. And if you like something you hear, buy the album(s) if you can. Because “The physical catalogue and the original authorship are the crucial references for us: the complete ECM album with its artistic signature, best possible sound quality, sequence and dramaturgy intact, telling its story from beginning to end.” Plus there’s that whole let’s-support-the-artists thing.

Friday at Raymond Avenue Gallery: Opening reception for the 4th Annual Yunomi Invitational. Small clay cups without handles, yunomi are used in Japan for drinking tea. They’re compact, affordable, they make great gifts, and (warning!) they’re a gateway drug for starting your own pottery collection. This year’s show features 33 potters from Minnesota and Wisconsin, where the art is strong and thriving, including Guillermo Cuellar, Lee Love, Ernest Miller, Jason Trebs, Matt Krousey, Will Swanson, Janel Jacobson and Warren MacKenzie. The Raymond is small. Just elbow your way in. 6-8 p.m. The exhibition will stay up through Dec. 16.

Friday through Sunday: Mozart’s “Jupiter” Symphony with Pekka Kussisto. The charismatic Finnish violinist and SPCO artistic partner is here for his annual visit, leading the Mozart from the concertmaster’s chair. Also on the program: Bach’s “Brandenburg” Concerto No. 3 and Swedish composer Anders Hillborg’s “Bach Materia,” a response to the “Brandenburg,” written for Kuusisto and his improvisational spirit. Friday at Wooddale Church in Eden Prairie (11 a.m. and 8 p.m.), Saturday at Saint Paul’s United Church of Christ (8 p.m.) and Sunday at St. Andrew’s Lutheran in Mahtomedi (3 p.m.). Tickets ($10-50; kids and students free); 651-291-1144. 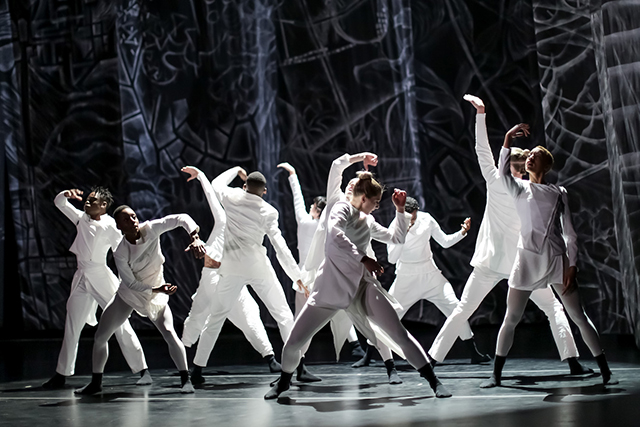 Friday through Sunday at the O’Shaughnessy: TU Dance Fall Concert. The 1999 shooting of Amadou Diallo and Descartes’ writings on self and the world inspired the two world premieres that will open TU’s 14th season. Commissioned by the O’Shaughnessy from award-winning choreographer Stephanie Batten Bland, “41 Times” is the number of shots fired at Diallo, an immigrant from Guinea, by four New York City police officers. For “Sensible Existence,” Alvin Ailey choreographer Marcus Jarrell Willis has set Descartes to music by Steve Reich. Also on the program: “Hikari” and Ronald K. Brown’s “Clear as Tear Water.” Friday and Saturday at 8 p.m., Sunday at 2 p.m. FMI and tickets ($22-34); 651-690-6700.

Saturday at Hamline Church United Methodist: Laura Caviani. The fine Twin Cities jazz pianist and composer Laura Caviani is working overtime. Last month she released the first of two new albums, “Mysterious Thelonious,” with a pair of concerts. December brings “Confluences,” an album of Caviani’s music. Saturday’s solo concert will include originals, Monk tunes and songs of the season. 7 p.m. Free, with a free-will offering collected at the door.

The annual Lutefisk Dinner at Bethlehem Lutheran Church Twin Cities is a holiday tradition for some, a dare for others. Proceeds support the church’s youth and young adult ministries. On the menu: lutefisk with cream sauce and melted butter, meatballs and gravy, potatoes, lefse, fruit soup, kringle, rosettes and whole habanero peppers. Kidding about the habaneros. Also live music from Ole and the Ice Scrapers. Norwegian sweaters are encouraged; if you don’t have one or can’t find yours, there will be a photo booth with sweaters and props. This Saturday (Nov. 18), 3-6:30 p.m. FMI and tickets ($21/16/8; 7 and under free); 612-312-3400.