Food and textiles go together like spaghetti and napkins, like plates and placemats, like dishes and dish towels, like Thanksgiving and your grandmother’s tablecloth, like babies and bibs. Which makes the Textile Center’s new show, “Artists in the Kitchen,” both logical and brilliant. And tasty. 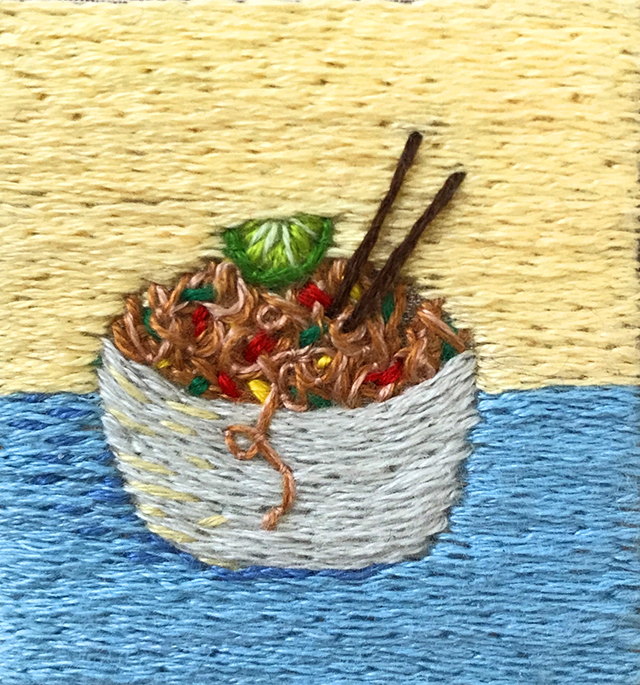 Courtesy of the Textile Center
“Eating Is Like Travel,” 2018 by Susan Leschke with partners Golnaz Yamoutpour and Eat Drink Dish

A celebration of abundance on all sides, the results, on view now, range from literal to abstract, prickly to cozy. For “Eating Is Like Travel,” Susan Leschke stitched sushis and a noodle bowl. Sandra Brick’s “Kitchen Tantra: The Fabric of Life” is a silk chiffon panel Shibori-dyed with turmeric, cinnamon, pomegranate and hibiscus. Tracy Klumm wove a wall of kitchen implements from wire. Jennifer Davis made a fabric collage of Glam Doll donuts. They’re visual, colorful, tactile and sensual. They’ll make you hungry for more.

A public reception tonight (Thursday, March 29) from 5:30-7 p.m. the Textile Center will feature small bites and chocolates. A panel with four teams and a book signing will take place from noon-1:30 p.m. on Thursday, April 26. $15/$10 members. FMI including where to park.

Lakewood Cemetery is a happening place. The grounds are spacious and beautiful, the architecture is outstanding and the location is central – east of Bde Maka Ska, formerly known as Lake Calhoun, and south of 36th St. And it’s not as if the residents are easily disturbed.

One of Lakewood’s jewels is the Memorial Chapel, a domed building that stands like a tiny Hagia Sophia in southwest Minneapolis. The chapel has hosted the occasional concert, and public tours have given us chances to see the dazzling Byzantine mosaics that cover the interior. (More than 10 million mosaic bits of marble, colored stone and glass, fused with silver and gold.) Starting April 8, the chapel will hold its first-ever actual concert mini-series. Trying it out, to see how it goes. So far, so good, because the first concert, by the Anonymous Choir, has already sold out.

Jump on tickets ($10) now for David Huckfelt (The Pines) on May 6 and/or Dusty Heart on June 10. Shows start at 3 p.m. and last about an hour. Strong attendance may lead to classical concerts, gospel and jazz.

Can’t make a concert? Consider stopping by on Earth Day (April 22) for a greenhouse tour. Lakewood runs one of the largest – and few remaining – cemetery greenhouse operations in the U.S. Tours last about 30 min. Space is limited and tours filled up quickly last year. Admission is free, with a suggested $5 donation. FMI and registration.

In 2014, Graywolf Press in Minneapolis published Claudia Rankine’s “Citizen: An American Lyric.” Its cover was the hood from a hoodie, just the hood, drawstrings hanging down. Inside was a meditation on race, an experience of poems, essays, images, stories, recollections and questions: “What did he just say? Did she really just say that? Did I hear what I think I heard? Did that just come out of my mouth, his mouth, your mouth?” 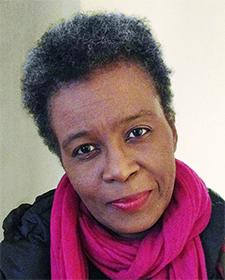 “Citizen” was the first book of poetry to appear on the New York Times nonfiction best-seller list. It won the National Book Critics Circle Award for poetry, among others, and was a finalist for a National Book Award. It became a play, seen here in 2017 at the late, lamented Intermedia Arts in a production by Frank Theatre.

Graywolf announced Wednesday that it will publish Rankine’s first play, “The White Card,” which premiered in Boston on Feb. 28. In a press release, Rankine described it as “a conversation that is both informed and derailed by the Black/White American drama.” It asks: Can American society progress if whiteness remains invisible? The pub date is March 19, 2019. This will be Graywolf’s first play.

MRAC awards over $300K to arts organizations and projects

The legacy amendment is a gift that keeps on giving. (At least until 2034, when it will expire.) On Tuesday, the Metropolitan Regional Arts Council (MRAC) awarded $321,414 to 67 organizations and projects in the second round of its FY 2018 Community Arts grant program. You can read the whole list here. Meanwhile, here’s a sampling of things that will happen as a direct result of the latest round of grants.

The East Side Freedom Library in St. Paul will host a monthly arts series called “Native American and African American Histories in the Arts.” The Oratory Bach Ensemble will bring Bach’s music to three metro breweries. Freshwater Theater will present a series of three one-act plays by Ruth Virkus about women at crossroads in their lives. The Fridley City Band will give at least seven concerts at assisted living facilities. Kids in St. Paul will learn hip-hop, spoken-word, poetry and conflict resolution skills. Teenagers in Hopkins will learn how to write novels. Through a hands-on arts activity, Native youth will learn about the history and significance of the horse to Lakota/Dakota/Nakota tribal nations. Film festivals will happen, and art fairs, and more concerts and plays.

All because Minnesota voters said yes in 2008 to increasing the state sales tax by three-eighths of one percent.