It was exciting going into the Ritz Theater for the world premiere of “Five Points,” and even more exciting coming out. We’d seen something ambitious, audacious and touching. We felt like dancing down 13th Ave. NE.

“Five Points” is part of Theater Latté Da’s NEXT 20/20 initiative, a commitment to develop 20 new musicals or plays with music. Artistic director Peter Rothstein told Saturday’s opening night crowd, “This is wholly original. It’s not a Disney animation, a movie or a book.” Underscoring its freshness, he said, “We added a new dance number yesterday. We killed off a character last summer and brought him back last week.”

Playwright Harrison David Rivers wrote the book for the musical. Rivers is all over Twin Cities theater this year. His “Crack in the Sky” played at the History Theatre in February. Earlier this week, the Playwrights’ Center gave a reading of “the bandaged place.” Starting April 24, “This Bitter Earth” will wrap up Penumbra’s 2017-18 season. (At the Playwrights’ Center on Tuesday, Jeremy Cohen called Rivers “a flash of light across the Twin Cities” with “a world premiere every five feet.”)

The story is set in the Five Points district of New York in 1863, midway through the Civil War, the same place and time as Martin Scorsese’s film “Gangs of New York.” Two historical figures, African-American dancer William Henry Lane (“Master Juba”) and Irish jig dancer John Diamond (“King of Diamonds”), are nudged forward a couple of decades to become the central characters.

“Five Points” is actually two stories side-by-side. Literally, on Sass’ set, where a sign on the left says “Almack’s Dance Hall” and a sign on the right says “McManus’ Pub.” Almack’s is black, McManus’ is Irish. They are worlds apart and keep to themselves, except for a few intersections.

Diamond (Bakken) formerly danced for showman P.T. Barnum (Bierbrauer) but quit when his wife died, leaving him to raise their son, John Jr. (Vega). Lane (Jefferson) has ambitions beyond those his father, Pete (Rambo), intends for him. Lane wants to dance for Barnum and see the world. Meanwhile, the Irish are being drafted into the Union Army; in their eyes, they’re being called to fight and maybe die for the freed blacks who have moved north and are taking their jobs.

The intersections are brief, but they make “Five Points” a whole.  There’s a racist run-in on the street between Irish and blacks. John Jr., who longs to dance like his da, sees Lane dance and begins to merge African-American and Irish steps and movements. It’s the birth of tap. After a night of riots, during which Almack’s is trashed, Rona O’Callaghan (Michels, one of our theater treasures) helps with the cleanup. That lovely, generous, quiet moment (one of the few quiet moments in “Five Points”) hints at possibilities. When Diamond is drafted, he agrees to a dance-off with Lane arranged by Barnum. The winner will get a cash prize. The two men dance and sing about what they want from life.

You know from the start that bad things will happen. Some do, but far worse things could happen and don’t. You’re not quite sure how matters will turn out for some of the characters – Barnum is not a good person, and you fear for Willie – but there’s a chance he’ll do fine. It’s OK that the ending isn’t tied in a bow.

But “Five Points” is a bit too energetic. We wish the songs varied more, that they weren’t all so amped up. “Five Points” could use a few more songs like “More Than,” sung by Pete (Rambo). The words are bitter, but you lean forward to hear, and the song squeezes your heart.

“Five Points” is already a hit. On Wednesday afternoon, it was extended another week, through May 13. FMI and tickets ($38-55).

Tonight (Thursday, April 12) and Friday at Mia: The whole place. Thursday and Friday evenings are wonderful times to visit our big, free fine arts museum. It’s open until 9 p.m. both nights, and you can wander as you choose and spend all the time you want with, for example, Rembrandt’s “Lucretia.” The only exhibition you’ll pay for (unless you’re at a certain membership level) is “Power and Beauty in China’s Last Dynasty,” conceived and designed by Robert Wilson, which you should try to catch if you haven’t already. There are 24 exhibitions on right now for your viewing pleasure.

Tonight at MacPhail’s Antonello Hall: Cantus: “For the Beauty of the Earth.” Perhaps Cantus can coax spring out of hiding. For its spring program, our fine men’s vocal ensemble celebrates nature and our planet. The program includes new adaptations by Cantus singers of Woody Guthrie’s “This Land Is Your Land” and Marvin Gaye’s “Mercy Mercy Me (The Ecology),” as well as old favorites “Aftonen” by Hugo Alvén and “For the Beauty of the Earth.” 7:30 p.m. Also Saturday at the Ordway and next weekend at Colonial Church of Edina, Trinity Lutheran Church in Stillwater and Wayzata Community Church. FMI and tickets (prices vary by venue). 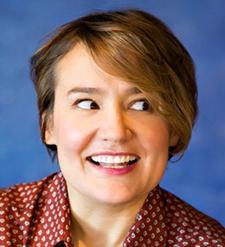 Tonight through Sunday at the Illusion: “The Pink Unicorn.” Ivey winner Kate Guentzel (“My Ántonia”) is alone on stage in Elise Forier Edie’s award-winning play about a woman who can’t avoid taking sides. Trisha is a Christian widow in a conservative Texas town whose teenage daughter has just announced she’s genderqueer. And has started a chapter of the Gay Straight Alliance at her high school, so it’s not exactly a secret. Inspired by events Edie experienced in her own life, this play underscores that we must all decide for ourselves where we stand and what we believe. Directed by Michael Robins. 7:30 p.m. tonight through Saturday; 2 p.m. Sunday. FMI and tickets ($25-35). Closes Saturday, April 21. 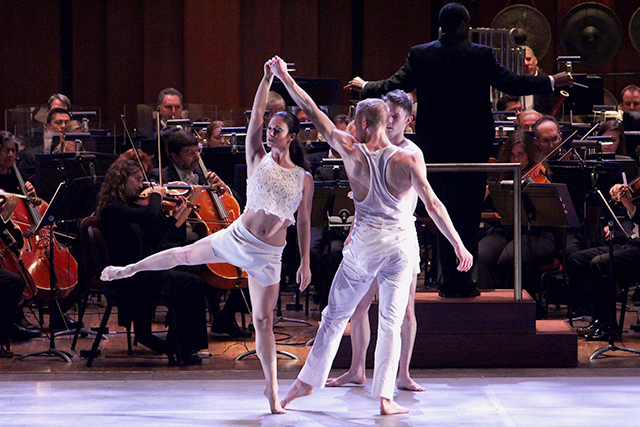 Saturday at Northrop: Keigwin + Company Celebrates Bernstein Featuring the University Symphony Orchestra. The New Yorker once called Keigwin + Company “dance that hits your pleasure receptors.” For this all-Leonard Bernstein program – this is Bernstein’s centennial – the dancers will be joined onstage by the University Symphony Orchestra under Mark Russell Smith. The program includes music from “Candide,” “On the Town,” “On the Waterfont,” and a pair of Bernstein’s classical works, Sonata for Clarinet and Piano and Piano Trio. Company founder Larry Keigwin came from Broadway; his dances combine Broadway and club styles with wit and theatrical flair. 7:30 p.m. FMI and tickets ($26-46). Free performance preview with Keigwin at 6:15 p.m. in the Best Buy Theater.

Monday at Macalester’s Weyerhaeuser Memorial Chapel: Patricia Hampl book launch: “The Art of the Wasted Day.” When was the last time you wasted a day? Sat around, did nothing, daydreamed? St. Paul author Hampl, a MacArthur and Guggenheim fellow and author of six books, journeyed to the homes of people from the past who sought and found repose and seclusion. Her new book has been called a “picaresque travelogue of leisure,” a lovely way to put it that makes us want to read it. The chapel is south of Grand Ave. and west of Snelling in St. Paul. 7 p.m. Free.