We’ve known since December that Father John Misty would headline this year’s Rock the Garden, but we had to wait until Tuesday to learn the rest of the lineup.

It was worth waiting for. The big news from our skewed point of view: Kamasi Washington will perform at 5:15 p.m. on the main stage on the Walker Art Center campus. And Chastity Brown will grace the Garden Stage in the Sculpture Garden starting at 6:20.

Jazz saxophonist and groundbreaker Washington made headlines in 2015 with his triple album “The Epic.” It didn’t hurt that he’d been musical director for Kendrick Lamar’s massive hit “To Pimp a Butterfly.” Hip-hop is in Washington’s blood and bones. He’s fluent in both J Dilla and John Coltrane. He’s played here twice before – first at Icehouse, then First Ave – but festival stages are where he shines, with the great outdoors barely able to contain the powerful sound and positive energy of his 10-piece band. His new double album, just announced, will come out six days after Rock the Garden. He described it in a tweet on Monday: “The Earth side represents the world as I see it outwardly, the world that I am a part of. The Heaven side represents the world as I see it inwardly, the world that is a part of me.” Amen to that.

Our own Chastity Brown released her album “Silhouette of Sirens” on Red House last June and sold out the Fitz. Before then, the soulful roots-pop gem streamed on NPR Music’s First Listen. She’s on tour at the moment, performing tonight at Wow Hall in Eugene, Oregon. Wow indeed. 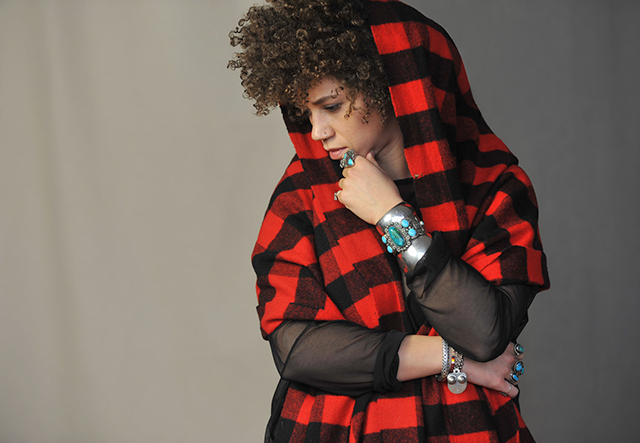 Courtesy of the artist
Chastity Brown will grace the Garden Stage in the Sculpture Garden starting at 6:20.

Music will take place on two stages, the Main Stage and a Garden Stage (like last year). The date: Saturday, June 16. Here’s the full lineup:

It’s now more than 100 days past Christmas and there’s still snow on the ground. But if you’ve got a 6-pack, you’re covered.

Not that kind of 6-pack, but one that’s good for six movies at the 37th Minneapolis St. Paul International Film Festival (MSPIFF), which starts Thursday. You’ll save money and you can use it however you want: on six movies for yourself, on one movie for yourself and five friends, or any combination. 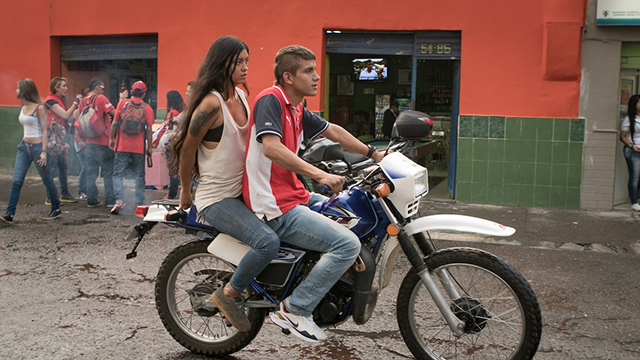 Courtesy of Latido Films
An art student in Medellin tracks down her beloved father’s killer in “Killing Jesús.”

What to see? You have 158 choices, and those are just the features. There are also more than 100 shorts. You can learn about every last film on the website, a remarkable feat of friendly programming with descriptions, trailers, show times, and all kinds of info.

Where to start? We asked an expert. Susan Smoluchowski is the Film Society’s executive director. She went straight to the Women & Film category – a big one this year, with more than 50 features. Here are six of her top choices. Most films screen at least twice.

“I Am Not a Witch” (Zambia, UK, France). A “Zambian fairytale” – part dark humor, part social commentary, part magical realism – about a 9-year-old girl accused of practicing witchcraft and sent to a prison camp. The directoral debut of Zambia-born Rungano Nyoni.

“Narcissister Organ Player” (USA). Performance artist Narcissister explores identity, sexuality, race and the death of her mother in a film based on her Bessie Award-nominated show. A “hybrid performance/documentary film,” with animation. Narcissister directed and will be attending.

Check them out – and whatever else your heart desires to see – online. And (trumpets, please), MSPIFF’s first-ever app. Buy passes and 6-packs here.

The Jungle adds a week to “Wolves”

Sweet words to a theater, and to theatergoers who haven’t yet made it to this hot, hot play: “Due to high demand, we have added nine performances.”

Sara DeLappe’s play about a girls’ soccer team – written by a woman, directed by a woman (the Jungle’s artistic director, Sarah Rasmussen), with an all-women cast – sold out its original run through Sunday, April 29. A matinee has been added to Saturday, April 28, and a week’s worth of performances starting Tuesday, with the final taking place Sunday evening, May 6. You probably seriously don’t want to miss this. FMI and tickets ($37-47).

Tonight (Wednesday, April 11) at Mixed Blood Theatre: “Mermaid Hour: ReMixed.” David Valdes Greenwood’s play about a prepubescent transgender biracial girl is having a rolling premiere. Four theaters around the country are staging it; Mixed Blood’s production is the only chamber musical, with an original score by Eric Mayson (hence “ReMixed”). Azoralla Arroyo Caballero is Vi, navigating puberty and her first crush; Thallis Santesteban and Michael Hanna are her working-class parents. Mixed Blood has been actively positioning itself as an artistic home for trans theater artists. 7:30 p.m. FMI and tickets (Radical Hospitality/free through $25 guaranteed admission). Closes April 29.

Thursday at Carleton’s Perlman Teaching Museum: Exhibition reading and reception: “The Price of Our Clothes.” Who makes the clothes we wear, and what is our relationship with them? Created by visual artist Rachel Breen and poet Alison Morse, this “material meditation” is a response to the 1911 Triangle Shirtwaist Factory fire in New York City and the 2013 Rana Plaza collapse in Bangladesh. On Thursday, Morse will lead a poetry reading with multiple readers. In the gallery: Breen’s shroud made of 1,281 shirts, a wall drawing, works on paper and sound recordings made by Morse. 7 p.m. FMI. Free. The exhibition closes April 27.

Friday and Saturday at Macalester’s Janet Wallace Fine Arts Center: TransFusion Cabaret. The Transgender Voices Festival will take place this weekend, and both days will include a public performance in the Mairs Concert Hall. Each will feature trans and gender nonbinary performers and a variety of musical styles, choirs, singer/songwriters, poets and spoken word artists – including, of course, our own One Voice Mixed Chorus. 130 S. Macalester St. Doors at 7 p.m., shows at 7:30. No tickets, no reserved seating. If you’re not registered for the festival, there’s a suggested donation of $0-$25.

Sunday at the Ordway Concert Hall: The Art of Boxing – The Sport of Ballet. St. Paul Ballet needed practice space; Element Gym had some to share. Curiosity and open minds on both sides led to a fascinating performance that combines boxing with ballet, grace with strength, and art with sport to explore the common rituals and humanity of two distinct cultures. Yes, there’s a big, important message in there, but it’s also fun and thrilling to watch. Why no one before has tried a boxer-ballet dancer pas de deux is a mystery, because it’s a beautiful thing. This performance will also feature poet, spoken word artist and TruArtSpeaks founder Tish Jones. 6 p.m. FMI and tickets ($32-57).

Monday at the Dakota: Abdullah Ibrahim. A rare and not-to-be-missed Minnesota appearance by the man Nelson Mandela called “South Africa’s Mozart.” Born in Cape Town during apartheid, jazz pianist and composer Ibrahim left home in 1962, met Duke Ellington, moved to New York City and played with John Coltrane, Max Roach, and Ornette Coleman. He has recorded dozens of albums as leader. In the late 1950s, he briefly had a band with Hugh Masekela called the Jazz Epistles. This was supposed to be a reunion tour, but Masekela died in January. So it’s a tribute tour with Ibrahim’s longtime septet Ekaya. The Dakota is the only club on the tour, a perfect place to experience this spiritual, spirited music. 7 and 9 p.m. FMI and tickets ($35-60).