In a search that drew applicants from across the United States, the Cedar Cultural Center found its new executive director in its own front yard.

David Hamilton was previously director of operations for Augsburg University’s Center for Global Education and Experience (CGEE), where he won Augsburg’s 2018 Employee of the Year award. He served as a leader on Augsburg’s Diversity and Inclusion Council. He has been the Center for Global Education’s director of international travel seminars, a program manager at Minneapolis Urban League, executive director at the social service agency Access Works and a music instructor at West Bank School of Music.

As an artist, Hamilton has played with a variety of groups, including Ticket to Brasil and High & Mighty. He’s currently studying Afro-Latin dance.

Hamilton will start his new position on Aug. 27, just in time for the Cedar’s 10th annual Global Roots Festival. He’ll succeed interim co-executive directors Lisa Marie Brimmer and Neal Cuthbert, who stepped in after Adrienne Dorn stepped down in late 2017.

This is the Cedar’s 30th season.

The Jeune Lune in photographs

When the award-winning Theatre de la Jeune Lune closed in 2008, $1 million in debt, it was a body blow to Twin Cities theater. Ten years later, people still talk about the Jeune Lune. It’s mentioned in theater reviews and comes up in conversation. Its name was dropped in the latest print issue of American Theatre magazine. 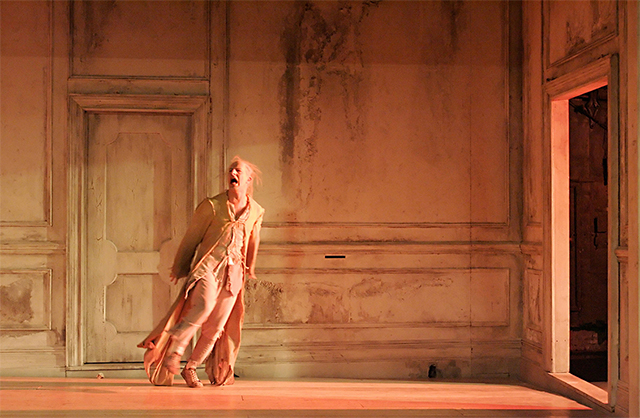 Photo by Michal Daniel
An image from Theatre de la Jeune Lune’s production of “The Miser.”

Its founders in 1978 were Dominique Serrand, Barbra Berlovitz and Vincent Gracieux,  joined soon by Robert Rosen. At first it performed in both Paris and Minneapolis. After Jeune Lune closed, Serrand and Jeune Lune actors Steven Epp, Nathan Keepers and Christina Baldwin formed The Moving Company, whose devised works have included the radiant “Speechless.” But the Jeune Lune is still missed and mourned.

So FilmNorth should have no trouble drawing a crowd to the opening reception for “Theatre de la Jeune Lune – A Photographic Celebration” on Friday, Sept. 7. Featuring work by photographers Michal Daniel and Frederic Desbois – Daniel is one of the most influential theater photographers, according to American Theatre, and Desbois is a renowned lighting designer – the show will feature images from throughout Jeune Lune’s history.

Hosted by Deirdre and Joseph Haj, the reception will be free and open to the public. The show will stay up in the Marsden/Gustafson Gallery through Dec. 20. FMI.

The Hook gets jazzed

Starting Sept. 11, the Hook and Ladder Theater and Lounge – the venue in the firehouse formerly known as Patrick’s Cabaret – will host a free jazz performance every second Tuesday for four months. Called “Jazz Indeed,” it’s a toe in the water for a place that has presented almost everything but jazz. And it’s a solid starter lineup. 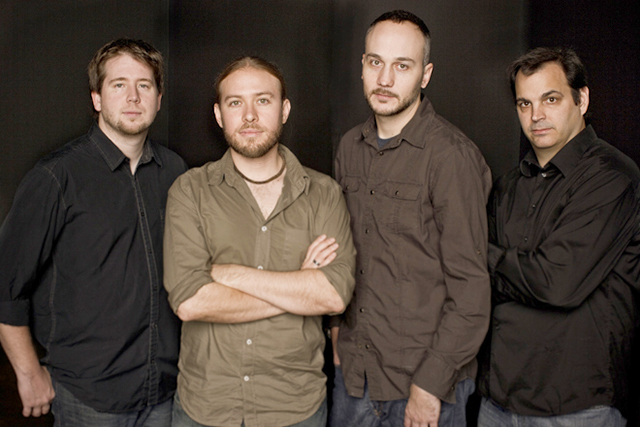 Photo by Shelly Mosman
The Atlantis Quartet will perform at the the Hook and Ladder Theater and Lounge on Sept. 11.

Tuesday, Nov. 13: JT Bates’ Grain. Bates, one of the Twin Cities’ busiest, most versatile and in demand drummers, curates the JT’s Jazz Explosion at Icehouse. He recently played the Hollywood Bowl with Justin Vernon and TU Dance. Whatever he does is interesting. Grain is his organ trio with Kevin Gastonguay on Hammond B3 and Zacc Harris on guitar.

Tuesday, Dec. 11: Dave Karr & Friends. The highly respected Twin Cities saxophonist, now in his 80s, came of age in the bebop era and has played with a long list of luminaries. His “friends” could be anyone, because everyone wants to play with him.

At the Minnesota History Center: “Somalis + Minnesota.” Minnesota is home to the largest population of Somalis in the United States. In November, we’re likely to elect the first Somali-American to Congress, Ilhan Omar. Created in partnership with the Somali Museum of Minnesota, this 2,400-square-foot, 700-piece exhibit tells the story of Somali immigrants, their arrival in Minnesota, their struggles and successes. Visit a reconstructed nomadic hut imported from Somalia; learn how to load a camel for travel across the desert. Historic photographs and objects are brought to life through commentary by Somali historians living in Minnesota. Videos and interactive photo panels feature Somali Minnesotans from across the state. Exhibit included with History Center admission. Closes June 9, 2019.

Opens tonight (Friday, Aug. 24) at the IMAX Theatre at the Minnesota Zoo: “2001: A Space Odyssey.” Stanley Kubrick thought Pan Am would last forever. And smartphones didn’t occur to him; Dr. Heywood R. Floyd calls Earth from a phone booth. This 50-year-old Oscar-winning epic is still one of the all-time great science fiction films. Seeing it in IMAX, digitally remastered and crystal clear, should be mind-blowing. Open the pod bay doors, Hal. FMI including times and tickets. Here’s the trailer.

Tonight through Saturday at the Southern: BLAQ PRESENCE. A collaboration between Deja Stowers and Bill Cottman, BLAQ PRESENCE explores dreams and dreamers. Stowers is the artistic director of BLAQ, a company of five black women and four pillars: dance, writing, discussion and ASL. Each member is required to sign. Cottman is a photographer, writer, projectionist and KFAI “Mostly Jazz” radio host. BLAQ PRESENCE will take place to a soundtrack of mostly jazz, based on “The Big Box,” a children’s book by Toni Morrison. 7:30 p.m. Friday and Saturday. On Saturday, BLAQ PRESENCE will be followed by a pay-what-you-can performance of “Taneber/BLAQ Wall Street,” which combines dance, text, dialogue and ASL. “Taneber/BLAQ Wall Street” was part of the 2017 Momentum festival. FMI and tickets ($20 advance, $24 door, $12 students and seniors). 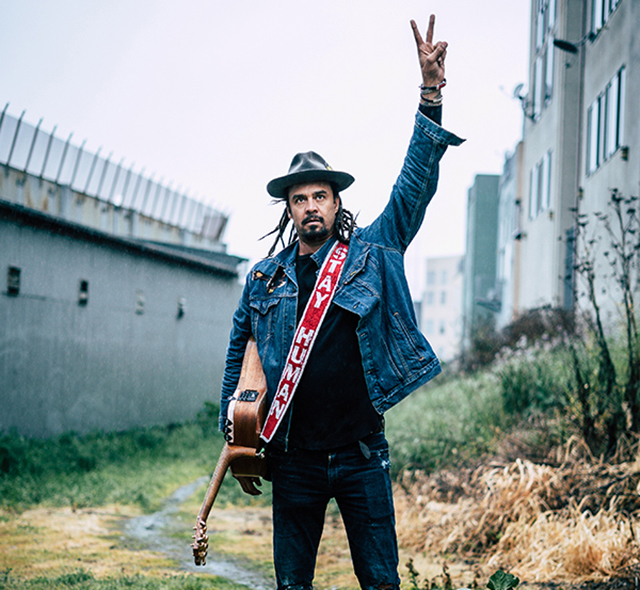 Courtesy of Sue McLean and Associates
Michael Franti and Spearhead will perform at the Minnesota Zoo’s Weesner Family Amphitheater this Saturday.

Saturday at the Minnesota Zoo: Michael Franti and Spearhead. Franti and his band were a huge hit at the Twin Cities Jazz Festival in 2016, even though they didn’t play a lick of jazz. This will be an upbeat, high-energy evening of love, hope and good vibes flavored with rock, reggae, hip-hop, funk and soul. There’s a new Franti album (“Stay Human”) and cool tour merch. In the Weesner Family Amphitheater. Doors at 7 p.m., music at 7:30. FMI and tickets ($55-67.50).

Sunday along East Franklin Ave. from Portland to 27th Ave. S.: Open Streets Franklin. Walk, ride or roll down one of Minneapolis’ busiest thoroughfares, checking out local businesses and organizations, exploring the neighborhood, meeting neighbors. From 11 a.m. to 5 p.m., this whole lengthy stretch will be a car-free public space. FMI and free Metro Transit pass. More on the Facebook page.

Tuesday at Common Good Books: William Kent Krueger reads from “Desolation Mountain.” In the Minnesota author’s 18th (!) Cork O’Connor mystery, Cork and his son Stephen work together to uncover the truth behind the tragic plane crash of a U.S. senator and most of her family in a remote part of the Iron Lake Reservation, and the mysterious disappearances of several first responders. 7 p.m. Free.