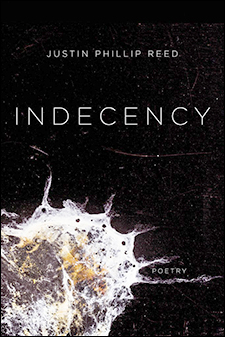 Two of the finalists for the prestigious Man Booker Prize, “Milkman” by Anna Burns and “Everything Under” by Daisy Johnson, were Graywolf books. “Milkman” won. Its pub date has been pushed up to Dec. 4.

When the Loft holds its inaugural Wordplay book festival in May, we expect some showing off from all three of our nationally known literary presses.

Covering sports, politics and daily life, Gonzales has captured the Twins and the Wolves, the 2008 Republican national convention and a rainbow in the sky over Paisley Park after Prince’s death. “Every time I look at an image, I see how it could be better,” he says. Price finds inspiration for her vivid paintings of trees and nature in the Mississippi Valley gorge, which she visits once or twice each week. She sees trees as witnesses to all the cultures, languages, and traditions that have been brought to the Twin Cities.

Lee came with his family to the United States at age 3, from a refugee camp in Thailand. His complex, symbolic works explore what it means to be Hmong becoming American. As a black competitive figure skater in a predominantly white sport, Deneane Richburg “felt I had to check my blackness at the door.” Wanting to flip the script, she founded Brownbody, a company that combines figure skating with modern dance and theater to explore topics like Reconstruction and the rise of Jim Crow. In her multilayered performances, everyone is black.

In a “Game of Thrones”-worthy move, MNO will return with six more new episodes – the second half of season nine – sometime next spring. Meanwhile, you can watch everything online anytime, including stories that haven’t yet aired. That’s TPT’s new tack, and we like it. It’s kind of like going to Spotify or Apple Music and listening to just the songs you want to hear, or wandering around and making new discoveries.

Tonight (Friday, Nov. 16) at Raymond Avenue Gallery: Opening night for the 5th Annual Yunomi Invitational. The show keeps growing but the gallery stays the same size, which makes for an interesting crowd scene of makers, collectors and fans. Yunomi are clay or porcelain cups without handles, traditionally used for tea and, in Minnesota, wine and spirits. A single yunomi can also be the gateway drug to a lifelong pottery obsession, so you’ve been warned. Seven new potters have been invited this year, making 36 in all, for a grand total of 820 yunomi to choose from. 6-8 p.m. The show will stay up through Dec. 22. 761 Raymond Ave. at University, St. Paul. Free.

Friday through Sunday at the Cowles: Katha Dance Theatre: “The Hungry Stones.” Rita Mustaphi’s award-winning 1994 production has been reimagined with all new choreography and set design. Based on a story by Nobel Prize winner Rabindranath Tagore, “The Hungry Stones” tells of a tax collector who is sent to live and work in a small town. When he moves into a deserted palace, he discovers that its stones have witnessed and preserved lifetimes of unfulfilled desires. Ancient stones and colonial Indian palaces come to life in a production that features some of the finest Kathak dancers in the U.S. Kathak is a classical storytelling dance tradition from northern India. The dancers will wear period costumes made in India and perform on a set made there. 7:30 Friday and Saturday, 2 p.m. Sunday. FMI and tickets ($22-28).

Friday through Sunday: The Rose Ensemble: “Empire, Religion, War, Peace: Music from Europe’s 30-Year Conflict, 1618-1648.” In its final season, the ambitious Rose presents an all new program that explores the calamitous effects of the Thirty Years’ War, in which eight million lives were lost. Combining music for voices and instruments by 17th-century composers with readings from a firsthand account of the war, developed in collaboration with the Dark Horse Consort, the performance will feature Bruce Jacobs on organ and the Augsburg Choir. 8 p.m. Friday at University Lutheran Church of Hope (Minneapolis), 8 p.m. Saturday at Church of St. Albert the Great (Minneapolis), and 3 p.m. Sunday at Church of the Assumption (St. Paul). FMI and tickets ($38-10).

Saturday and Sunday at the History Center: Ifrah Mansour: “How to Have Fun in a Civil War.” How would a 7-year-old girl see and experience Somalia’s civil war? Mansour knows. She was there. In this acclaimed autobiographical multimedia performance, she uses poetry, puppetry, video and interviews to confront violent history with humor. Previously seen at the Guthrie and the Children’s Theatre Company, best enjoyed by ages 6 and up. The show will be followed by a discussion with Mansour. Saturday and Sunday at 3 p.m. FMI and tickets ($14 adults, $9 students; MNHS members save). Also Saturday, Nov. 30, at Rochester Art Center.

Monday at the Guthrie: Happening: Amber Sanctuary. What does “sanctuary” even mean anymore? When synagogues, churches, bars, outdoor concerts and schools can be scenes of mass shootings, where can we go to feel safe? Maybe the Guthrie’s Level 9, the amber-hued space on the ninth floor, with windows looking out and down over the river. To date, the Guthrie’s “happenings” – periodic and timely events in response to the world around us – have been performances and/or conversations. This will be loose and unstructured, except for an origami activity and a Mourner’s Kaddish at the end of the day. Stop in anytime for quiet reflection. 11 a.m. – 9 p.m. Free and open to the public.